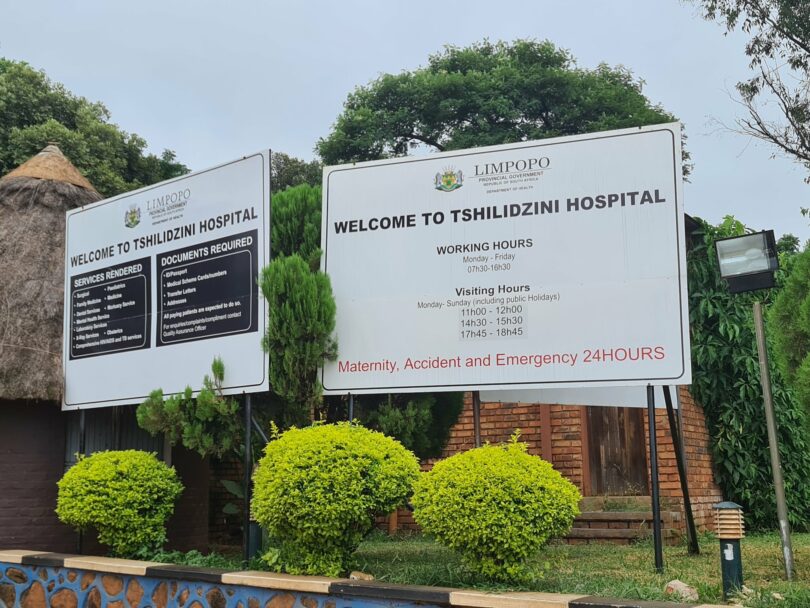 While the Special Investigating Unit (SIU) prepares to probe the ongoing Limpopo Department of Health fiasco, healthcare workers have hung out even more dirty washing, describing their inhumane working conditions.

They are faced with several hurdles daily including overcrowding, staff shortages, poor hygiene and crumbling infrastructure.

Last month President Cyril Ramaphosa gave the SIU the green light to investigate allegations of corruption and maladministration within the provincial health department. The procurement of waste management services and payments are under the spotlight.

Hospital in a state

Nurse Betty Maluleke*, who is stationed at the Tshildzini hospital in Limpopo’s Vhembe district, hopes that the SIU investigation’s findings will improve matters. She’s described how they’ve been forced to operate under inhumane conditions.

Maluleke said that whoever was awarded the waste management contract, did a poor job of removing and disposing of the medical waste. The hospital was often left dirty, posing a health risk to workers and patients.

“Ever since these contract workers started, this hospital has remained dirty,” said Maluleke.

Maluleke said the decision to outsource cleaning services at Tshilidzini baffles her. In the past, they employed full-time, well-trained cleaners.

“They knew how to carry-out their duties but most of them were never replaced after they left due to retirement and other reasons. But these others know nothing about cleaning and it could lead to disaster,” said Maluleke.

“If you go and look at how the maternity ward looks now, you’ll come back crying. At the moment, it looks like a dumping site and waste is easy to spot because it’s not properly cleaned. The worst part is, is that we can’t say anything to them because they aren’t employed by the hospital. I also think most of them have never received any form of training,” she added.

“There are so many challenges which we face daily at this hospital. There is a severe lack of staff when it comes to nursing personnel; we lost a lot of healthcare workers to COVID-19.  Most of the hospital’s infrastructure is very old but nothing is ever done,” said Maluleke.

She said the hospital is also faced with overcrowding despite being one of the referral hospitals in Limpopo.

“A ward that is supposed to accommodate 30 patients, is now filled with 50 beds. But, when we complain, we are told to ‘do the work which we get paid for’,” said Maluleke.

She added: “Patients are forced to sleep on the floor because the beds are ‘broken’. To be honest, everything here is just a mess. We go to work because there is nothing else we can do but provide services to our patients. This hospital will crumble one day.”

Mpho Radzilani* from Vuwani near Thohoyandou, spent three weeks at Tshilidzini with a broken shoulder. He said he was horrified when they told him to sleep on the floor without any mattress.

“I got the shock of my life when I was told to sleep on the floor with a cloth. For almost a week, I lay on the floor in pain,” said the 33-year-old.

He further stated: “The hospital is also very dirty and you can smell that some of the blankets haven’t been washed for weeks. Every time we get sick, we are forced to go to Tshilidzini because it’s easily accessible.”

Lerato Madumo-Gova, president of the Young Nurses Indaba Trade Union (YNITU), said they’ve been raising alarms about the Limpopo Department of Health for a while. She hopes that the SIU will uncover many hidden secrets.

“We’ve said for a long time that the Health MEC is running the department like her backyard spaza shop. There are so many questions. Such as why is the department no longer training nurses? Or absorbing those who have already been trained? We cannot train nurses and still not be able to place them, it’s just wrong,” said Madumo-Gova.

She further stated: “In terms of health, Limpopo is the worst performing province among the nine provinces in the country. But we are confident and hopeful that many more issues pertaining to maladministration and corruption will come up and we cannot wait to hear the findings of the SIU in Limpopo.”

SIU spokesperson, Kaizer Kganyako, said the probe is still at an early stage and the outcome will take some time. The SIU probe will look into offences which took place from 2010. He said they are only investigating two contracts within the Limpopo health department.

“A lot of work still needs to be done because you have got to go through various processes like appointments and how they do their work. It also looks at other issues like transportation, which means we’ll have to go to most of the hospitals and clinics to see how they do their work,” said Kganyako.

“The investigation will focus on the procurement of contracts for waste management services and the removal, treatment, transportation and disposal of healthcare risk waste. The SIU will also probe payments to determine whether they were equitable, transparent, competitive, or cost-effective,” explained Kganyako.

He is not sure how long the investigation will go on for.

“This matter was reported to us a while ago. We did our evaluation and resent it to the president through the department. Whistleblowers, who provided us with evidence, made it happen,” he stated.

President Cyril Ramaphosa has signed Proclamation R55 of 2022 authorising the SIU to investigate allegations of corruption and maladministration in the affairs of the Limpopo Department of Health, and to recover any financial losses suffered by the State through civil litigation. pic.twitter.com/r1mrZlAsyk

All eyes on two contracts

“It might only seem like two contracts but each one has several elements. And, if done irregularly, you have to find out who did what. It might seem like a small job, but it’s a huge investigation.”