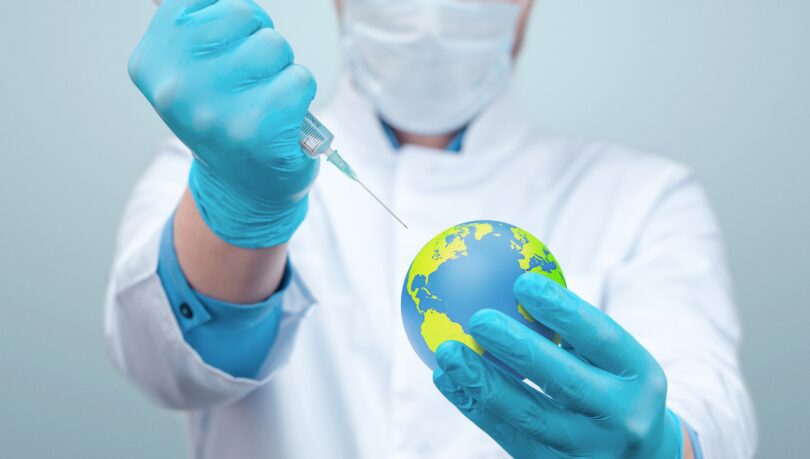 As the globe marks World Health Day today, the World Health Organisation (WHO) has said that urgent action is needed to keep humans and the planet healthy.

It is estimated that more than 13 millions deaths globally each year are due to avoidable environmental causes, which include climate change and air pollution. In light of this, the theme for this year’s World Health Day is “Our Planet, Our Health”. It demonstrates the important relationship between climate change, other planetary issues and “our own health”.

“Our political, social and commercial decisions are driving the climate and health crisis. Over 90% of people breathe unhealthy air resulting from burning of fossil fuels. A heating world is seeing mosquitos spread diseases farther and faster than ever. Extreme weather events, land degradation and water scarcity are displacing people and affecting their health,” stated the WHO.

It added: “Pollution and plastics are found at the bottom of our deepest oceans and have made their way into our food chain. Systems that produce highly processed, unhealthy foods and beverages are driving a wave of obesity. It is also increasing cancer and heart diseases, while generating a third of global greenhouse gas emissions.”

What COVID-19 showed the world

According to the WHO, the COVID-19 pandemic has highlighted many existing inequalities.

“While the COVID-19 pandemic showed us the healing power of science, it also highlighted the inequalities in our world. The pandemic has revealed weaknesses in all areas of society. It also underlined the urgency of creating sustainable well-being societies committed to achieving equitable health now and for future generations without breaching ecological limits,” the organisation said.

The WHO continued: “The present design of the economy leads to inequitable distribution of income, wealth, and power with too many people still living in poverty and instability. A well-being economy has human well-being, equity, and ecological sustainability as its goals. These goals are translated into long-term investments, well-being budgets, social protection and legal and fiscal strategies.”

In October 2018, WHO Director-General, Dr Tedros Adhanom Ghebreyesus, declared that: “No one, rich or poor, can escape air pollution.  It is a public health emergency”.

He said that air pollutions causes more than 20% of all cardiovascular deaths. This adds up to three millions death per year globally. A further nine out of 10 people breathe polluted air, which disproportionately affects those living in low-resource countries.

This year’s #WorldHealthDay theme is our planet, our health.

She said there are a few boxes to tick when tackling cardiovascular disease (CVD).

“Supporting a healthy environment and making access to healthier food and clean water easier for citizens are the first two steps. Thirdly, we need to make information on CVD health and climate change our top priorities,” stated Naidoo.

World Health Day is celebrated annually on 7 April. The WHO draws attention to a specific health topic of concern to people all over the world. – Health-e News