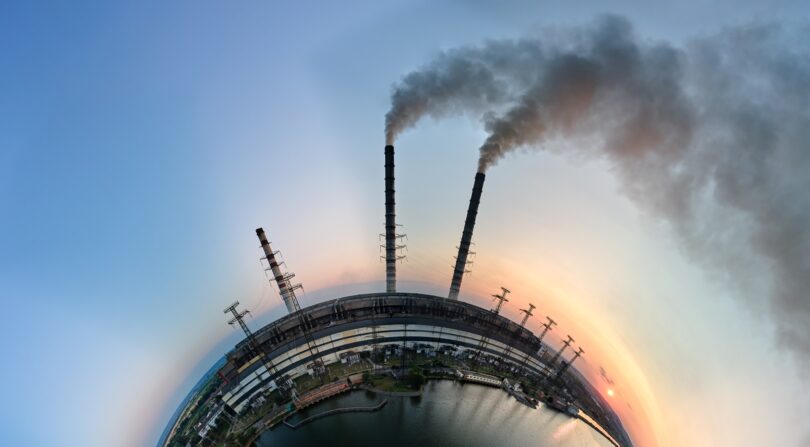 The Public Health Association of South Africa (PHASA) said that the PCC has failed to include a health representative despite the health sector having a role to play in the mitigation of emissions and building adaptive capacity. (Photo: Freepik)

According to the PCC, its mission is to oversee and facilitate a just and equitable transition towards a low-emissions and climate-resilient economy.

Formed in 2020, the commission aims to engage with a wide range of stakeholders, including all spheres of government.

But, there is one crucial sector missing – health.

PHASA said that the PCC has failed to include a health representative. This omission is surprising given that the health sector plays an important role in the mitigation of emissions and building adaptive capacity.

Why does health matter in climate change?

According to a 2020 Ipsos survey, that monitored global health services in 27 countries, half of the more than 20 000 adults rated the quality of healthcare in their country higher than two years prior.

Another study, conducted by AskAfrica, found that up to 43% of people trusted nurses and doctors for advice and information on COVID-19.

James Irlam, convenor of the Special Interest Group on Climate, Energy, and Health within PHASA, shares this sentiment.

“Health workers are generally trusted a lot more than politicians to advise the public about their role in climate action,” said Irlam.

It’s a full house in Durban south today where the Presidential Climate Commission @ClimateZA is holding a third round of its national consultations on the Just Transition Framework. This is where SAPREF has also announced the closure of its refinery at the end of March. pic.twitter.com/omcNAecFgC

Matthew Chersich, a research professor at the University of Witwatersrand (WITS), said it would be challenging to address health impacts.

“The Commission overwhelmingly is focusing on the upstream aspects of climate change, such as energy mix. But, not the very real downstream health impacts playing out like food shortages from droughts and wildfires. Downstream aspects are not only vital for ensuring a focus on resources for health adaptation, but also for the energy and related sectors,” said Chersich.

“COVID-19 arose partly because practices around human-wildlife interactions were policed by trade regulations. There was also insufficient health leadership or preparedness for pandemics. Similarly, without health being part of the Commission’s discussions, any notions of preparedness for climate change events ring hollow. We will have forgotten the lessons learnt during the recent pandemic too quickly,” he explained.

The World Health Organisation’s ‘Health and Climate Change Global Survey Report‘ found that over 75% of surveyed countries have developed or are developing national health and climate change plans or strategies.

It also found that countries had significantly increased health considerations in their nationally determined contributions (NDCs).

SA received a healthy NDC scorecard with a total of 12 out of 15 for health impacts and health in adaptation in 2021. However, PHASA said that the lack of a health representative in the PCC contradicted SA’s NDCs.

Irlam said it was unclear whether a health representative had either been rejected or was still being sought after.

Earlier this month, Health-e News probed the exclusion of a health representative in the PCC. PHASA added that attempts to engage with the PCC, as well as the health ministry, have proved futile since 2019. These efforts included a letter addressed to the health minister at the time.

“We also asked the same of the president in July 2020 and none of these letters had a response. Early last year, We wrote requested participation in the PCC stakeholder dialogues and in the just energy transition multi-stakeholder conference. We are still waiting for a definite response,” said Irlam.

The PCC has since invited PHASA to a meeting.

PCC spokesperson, Rorisang Moseli, said the presidency likely considered existing duties across the cabinet when the commission was first appointed.

“The matter of healthcare has been raised and we will include it for consideration and recommendation to the president,” said Moseli.

Moseli further added that the PCC was going to address its composition in upcoming meetings following requests from commissioners.

“It should be noted that both ministers and officials – including health – will be requested to serve on PCC sub-committees. Due to the breadth of climate issues in general, it won’t be possible to have every minister represented,” Moseli explained.

The PCC is hosting consultations for the just transition framework which started in eMalahleni in Mpumalanga. It will hold similar sessions across the country until the end of the month. The just transition framework presents an opportunity to start dealing with practical issues relating to jobs, local economies, skills, social support, and governance.– Health-e News