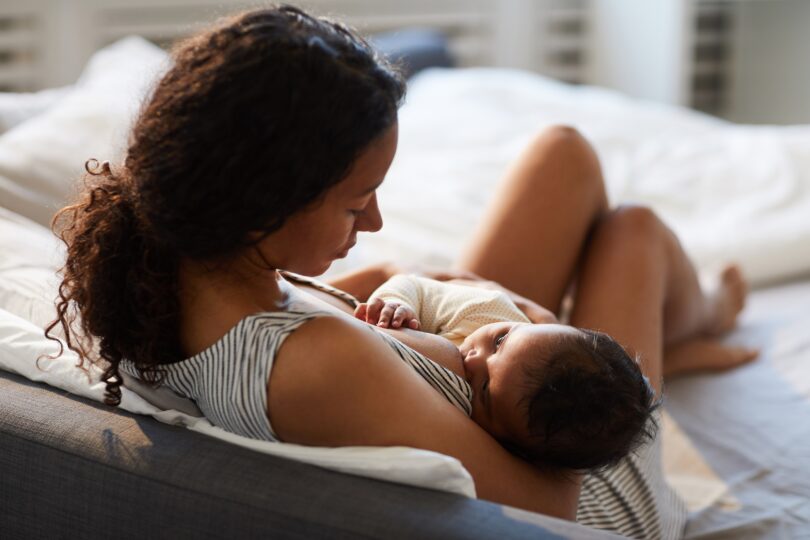 South Africa has one of the lowest national averages when it comes to exclusive breastfeeding (EBF) on the continent. (Photo: Freepik)

An expert believes that South Africa’s low rate of exclusive breastfeeding (EBF) will remain a concern until new mothers are offered more support and education.

Katinka Lategan, a certified lactation consultant, said mothers face several challenges because they are not educated enough and usually don’t get assistance.

“In general, I don’t think there’s enough support and education for moms that are breastfeeding. So very often, they experience challenges in the beginning, and they don’t get enough assistance to rectify those problems,” she said.

Lategan added: “If these challenges aren’t addressed, other problems may develop. For instance, low milk production, because the baby is not effectively removing milk. Or maybe, they are returning to work and the employer or the work setup doesn’t allow sufficient time for pumping.”

First-time mother Olympious Radinku said she struggled to get her baby to latch when she first started breastfeeding, Despite getting the hang of things, she soon experienced a milk supply problem once home.

“I started breastfeeding during the first two weeks after the baby was born. It was very difficult to get the baby to latch. However, it became a lot easier and I started enjoying breastfeeding. I could see that my baby was flourishing with the best of the best,” said Radinku.

Sadly, this didn’t last as everyday realities kicked in.

“I have to drive to work every day. I leave very early, and I come back late so I’ve stopped breastfeeding. Going back to work has affected my milk production. The quality and quantity were affected so the baby didn’t want to drink the milk,” she explained.

Radinku said work stress affected her ability to produce quality milk as well as her diet. As a result, the new mom turned to formula milk.

Local researchers conducted a study aimed at gaining an in-depth understanding of the experiences of South African working mothers in the adherence to EBF when returning from maternity leave. Research shows that the South African workplace remains largely unaccommodating to breastfeeding employees.

South Africa, despite a recent uptick in its national average, still ranks lowly according to the ‘Mapping exclusive breastfeeding in Africa between 2000 and 2017’ study published in 2019.

Recommendations and regulations – to promote breastfeeding – have been put in place.

The World Health Organisation (WHO) published the International Code of Marketing of Breastmilk Substitutes in 1981. It’s a set of recommendations to regulate the marketing of breastmilk substitutes, feeding bottles, and teats. The code aims to contribute to the provision of safe and adequate nutrition for infants, by the protection and promotion of breastfeeding, and by ensuring the proper use of breastmilk substitutes, when these are necessary, based on adequate information and through appropriate marketing and distribution”.

Closer to home, South Africa published regulations on infant formula in 2012 which also prohibited direct marketing to the mothers, including rebates, marked down prices, and gifts and gadgets to boost sales.

Lategan believes that despite these measures, new mothers often fall for these marketing strategies.

“The WHO set out regulations about risk feeding supplements and you know, what is allowed. and whatnot. Unfortunately, there are quite a bit of violations of that code. Some moms are sometimes undermined by what the message is and their confidence takes a knock. These marketing strategies, which include subtle messages for new moms, negatively affect our breastfeeding rates,” said Lategan.

This is how some companies are putting profit over the health of mothers and babies.

UNICEF and @WHO are calling on governments to enforce laws to make sure parents aren’t targeted with aggressive and misleading marketing for formula milk.#WorldBreastfeedingWeek pic.twitter.com/PjOt3K0fQV

A recent study by WHO and United Nations Children’s Fund (UNICEF) showed how the marketing of formula milk plays a role.

Conducted in eight countries, including SA, Morocco, and the United Kingdom (UK), the study found that formula companies use manipulative marketing strategies. Not only do they misrepresent science and medicine to sell their products, but they also undermine the parents’ confidence in breastfeeding.

‘Breast is best’ not fair

Londeka Dulaze, another new mother said she has enjoyed the experience of being able to breastfeed. However, she believes that it’s time to retire the phrase ‘breast is best’ because not all mothers can.

“My breastfeeding experience has been amazing. I love it, it’s my favorite thing about being a mom. And the reason why I love it is because of the connection I form with my baby. There’s nothing better than feeding her and looking into her eyes and she’s looking back at me,” said Dulaze.

Lategan maintained that to increase the EBF rates, it’s important to support and educate new moms. When mothers experience problems, like with supply, healthcare providers must assist them.

“I think the best advice for feeding the baby, so that optimal health levels are achieved, is to assist the mothers with at least some degree of breastfeeding. In this way, the baby can enjoy all of the benefits associated with breastfeeding,” she said.

The WHO recommends that breastfeeding begins within the first hour of birth and that babies be breastfed exclusively for the first six months of life. – Health-e News