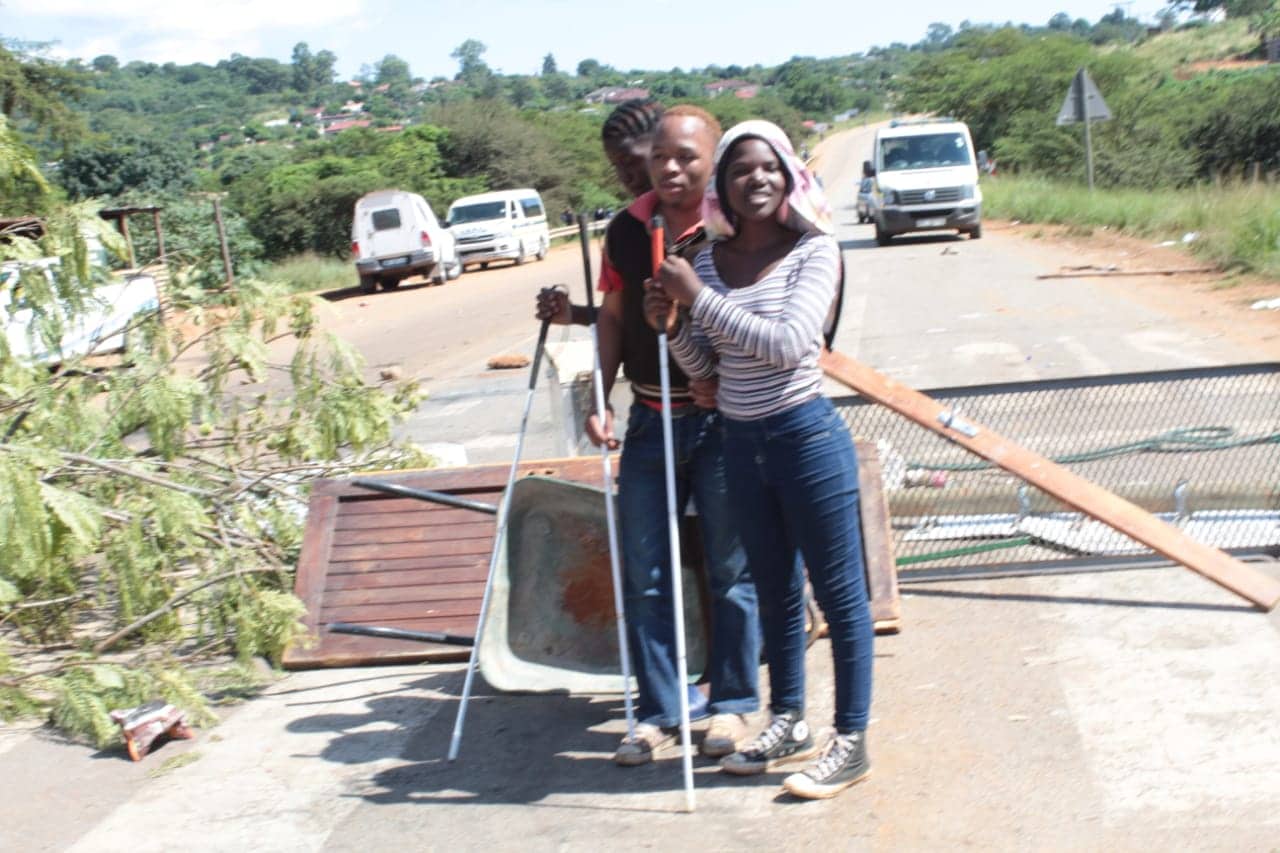 Learners from Rivoni School for the Blind have protested for better accommodation and classrooms for months. Now, they’ve taken matters into their own hands.

Soon after visually-impaired learners from Rivoni School for the Blind in Elim protested against their shocking accommodation, two rooms in the hostel burnt down renewing calls to repair the dilapidated school. Two learners were taken to hospital and treated for smoke inhalation.

Tondani Da Gama, whose 14-year-old son lost everything in the weekend fire, said the living conditions at the school were not suitable for visually-impaired and disabled learners but there was nothing they could do because they wanted their children to get an education.

“We are very worried. My son could have died in that fire but luckily he was at church when it started. All his clothes and belongings were destroyed and we will have to replace them. It’s about time something is done about the accommodation and classrooms at the school,” she said.

Earlier this month, the learners blocked roads with stones and burnt tyres to protest against the dire conditions at the school, including rundown accommodation, poor sanitation and shortage of classrooms. The learners have been involved in ongoing protests since 2016 over their unhappiness with their living conditions. In April the learners used branches, hostel beds and stones to block roads leading to Elim.

Da Gama said no one from the school had notified the parents about the fire. “Last week learners spent the whole week without water and electricity,” she added.

Despite the poor infrastructure, Rivoni School for the Blind remains one of the top-performing schools in Limpopo, regularly producing top matric performers. The spokesperson for the provincial department of education, Sam Makondo, said plans to build a new school had been announced and the department was waiting for the building process to begin.

“We have learnt with shock and devastation that two rooms at the boys’ hostel burnt down. Officials have rushed to the school to assess the situation and determine the extent of the damage,” he said.

The cause of the fire has not been established. – Health-e News