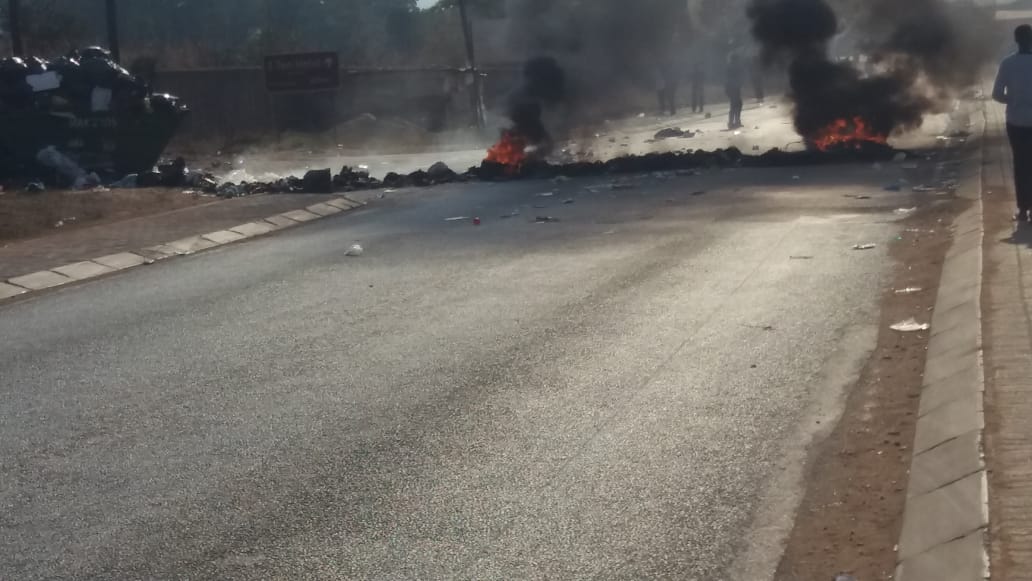 Earlier this month learners from Rivoni School for the Blind in Elim have barricaded roads to the district hospital in protest against poor living conditions and sanitation at their school. (File Photo: Health-e/Ndivhuwo Mukwevho)

Visually-impaired learners barricaded roads with burning tyres in protest over poor sanitation and infrastructure resulting in the disruption of access to health services.

Protesting learners from Rivoni School for the Blind have disrupted health services at Elim Hospital by blocking roads with rocks, burning tyres and other objects which have prevented residents from passing.

The learners are protesting the poor sanitation, accommodation, and the shortage of proper classrooms at their school. Since 2016, they have been using mobile classrooms while waiting for the Department of Education to build a new school.

Visually impaired people have a decreased ability to see, however, with the help of a walking cane they’re able to get around. These learners assisted their blind peers at the protest. 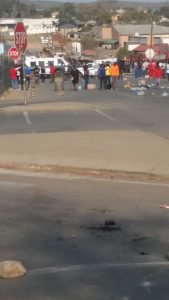 Blind and visually impaired learners have run out of patience for the provincial education department’s promise of a new school. (Photo: Health-e/Ndivhuwo Mukhwevho)

Not the first incident

This is the second time learners have protested. In April, they took to the streets to demand better living conditions and toilets.

The provincial department’s spokesperson Sam Makondo has called the protest “unnecessary” because plans for the new building have been announced. “We’ve been conducting occasional meetings with the school informing them about how the process is going as it was also announced during our budget speech recently, he says.

“It’s unfair that Rivoni learners have disrupted learning at surrounding schools while also disrupting several service deliveries in the area. They must be patient with us and know that the building of a new school might even go for a period of three years once the process begins,” Makondo adds.

For several years the school has been recorded among the best performing schools in the province, producing top-performing learners, despite the issue of poor infrastructure.

And now, learners are tired of waiting for a new school.

“Until we see building materials being delivered at the school, this shut down will continue. We’ve been patiently waiting for years for the school to be rebuilt, but nothing is being done leaving us to suffer because we’re forced to use this dilapidated classroom,” Vusani Mudau, a Grade 11 learner at Rivoni, says.

Accommodation for [those who board] and toilets are not good enough to be used by human beings, Mudau says, especially for learners who are disabled and partially blind.

“Our lives and health are at risk at this school, something must be done urgently to rescue us from this situation.”

Mavhungu Mulaudzi says she wanted to visit her cousin who’s been admitted at Elim Hospital, but she was prevented by the protesting learners.

“I was unable to pass through as the road to the hospital had been blocked with burning tyres and public transport is also not operating. I know that they are angry, but I feel that they should not stand in the way of people who are going to the hospital because it might be a matter of emergency for others,” she says.

An edited version of this story was published in The Star newspaper.