Home » Death and botched procedures after initiation season in Limpopo 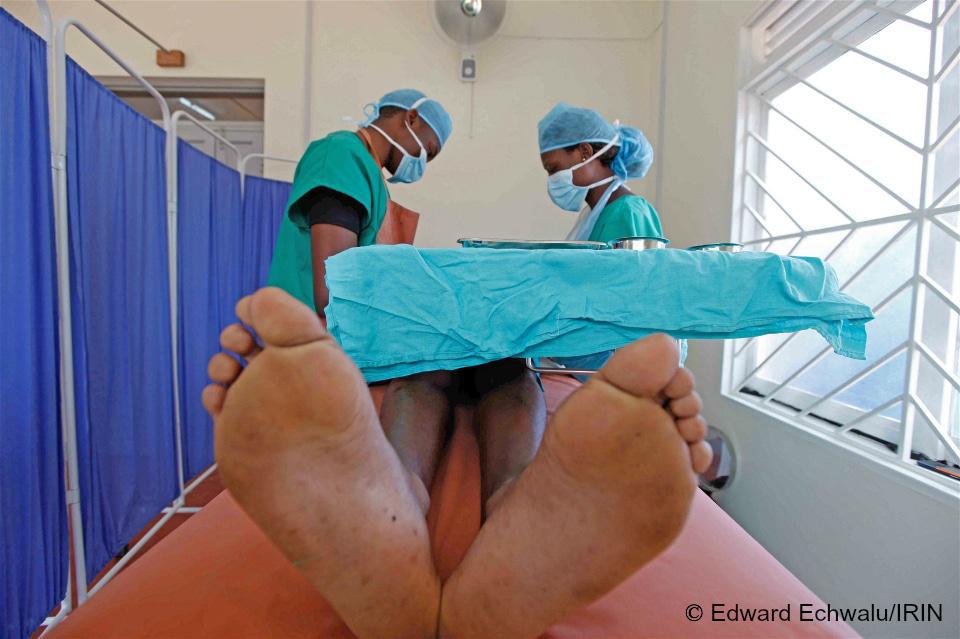 Risks of undergoing traditional circumcision, despite health benefits, include injury to the penis, pain, bleeding, and infection.

Death and botched procedures after initiation season in Limpopo

Limpopo health MEC, Dr Phophi Ramathuba, has received a complaint after eight boys between the ages of 10-12 were left with botched circumcision procedures at a private practice in Mokopane.

Of the eight, one awaits a reconstructive surgery while others haven’t returned to school in over two months.

During the June/July bush initiation school period, three fatalities were recorded and over 50 schools shut for operating illegally.

Chairperson of the house of traditional leaders in Limpopo, Kgoshi Malesela Dikgale, says they urge parents to first send their boys for medical check-ups before they are taken to initiation schools.

“We had three deaths during this year’s initiation period around the province. One of the boys who died had asthma which we were not told about before he was admitted besides our constant calls to parents to first have their children checked by medical doctors before they send them to the mountain initiation schools,” says Dikgale.

“But we are happy with the overall attendance and we will keep on improving each year. Besides the three fatalities, we had no other problems which were reported as all the boys returned to their homes happy and healthy with their manhood properly healed.

The only challenge we continue to face is the issue of illegal initiation schools, but we have managed to shut all of them this year with the help of the local communities and the police.”

The province has seen over 50 000 boys attend 300 traditional initiation schools, according to Dikgale.

Some parents in rural Limpopo, however, have stopped sending their sons to traditional bush initiation schools and have chosen to send them to medical doctors.

“With all these reports about death of young boys at initiation schools and with some being botched in medical doctors’ surgeries, as a parent I am now scared of sending my boys for circumcision as they are no guarantees that they will come back healthy and their manhood in one piece,” says Sam Mathobo, a father of four. “It is a difficult decision we are faced with as parents.”

Another concerned parent, Fungisani Mashau says: “I was thinking of sending my five-year-old son to medical circumcision to a doctor next year, but I’ll have to re-think my decision”.

While investigations regarding the implicated doctor in Mokopane continue, the Aurum Institute, the healthcare organisation the doctor was contracted to, has since suspended their agreement.

“The doctor in question has been contracted by Aurum since November 2018. As a precaution, we have suspended our contract with him as soon we were made aware of the findings. Aurum has also kept the department of health informed of this matter and we fully support the ongoing investigation,” says Kanya Ndaki, Aurum spokesperson.

Ramathuba has since sent out a team of experts to look into the cases. “We frown at botched circumcision the same way whether carried out at traditional initiation school, hospital, or private establishment. We will surely get to the bottom of this matter. Once the investigations are conducted, the department will act accordingly,” says Ramathuba. – Health-e News