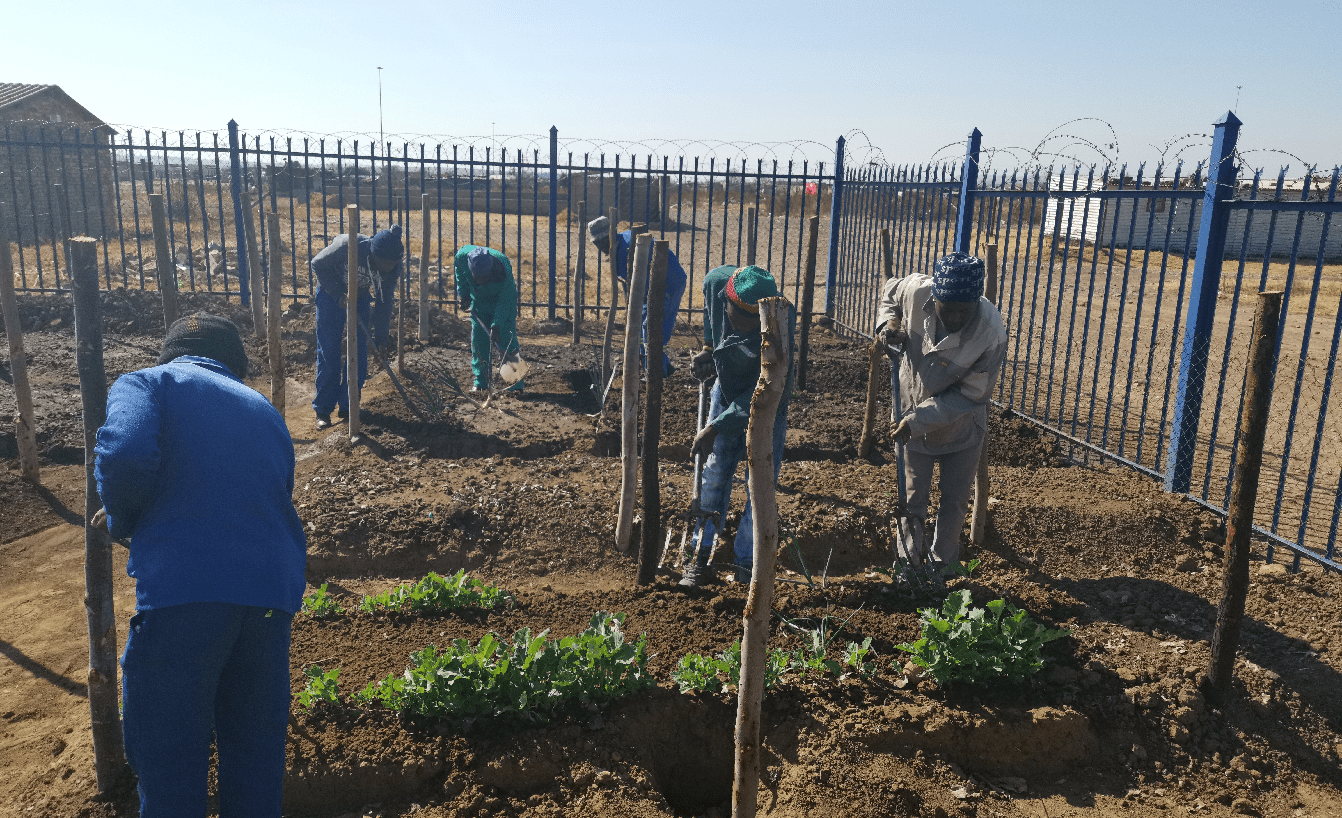 As more and more people turn to community gardening; an elderly former teacher has already been doing it for the past eight years to encourage people to eat healthier food.

Eight years ago, retired teacher Pontsho Mokoena (70) started to use her own money to prepare meals in her home to feed community members. With the help of four other retired teachers, the group would travel to Silahliwe daily to hand over food to residents.

After initially self-funding their project, Mokoena and the group applied for assistance from the National Development Agency and the Department of Health. According to Mokoena, they were granted a site in 2012 on the outskirts of Silahliwe and given a shipping container to use as their kitchen.

Through this project, these former government employees now provide a balanced healthy meal to about 400 community members and employ 29 people. They have a large vegetable garden, office, kitchen, and a feeding hall.

Mokoena says they make sure that they include at least two vegetables each day in their menu. They grow cabbage, spinach, beetroot, onion, beans and carrots.

A study by the University of Utah published American Journal of Public Health says people who participate in community gardening have a significantly lower body mass index – as well as lower odds of being overweight or obese – than their non-gardening neighbours.

“We started this initiative because we saw what our people were going through and our aim was to provide healthy nutritious food as we do,” said Mokoena.

Nthabiseng Masilo (36) says the community appreciates what Mapojotana has done for many families.

“Some of us used to eat fried russians with pap the whole week because we couldn’t afford nutritious food but since the organisation came along, we know that we have a healthy meal with our families,” said Masilo.

The mother of three says she goes to the centre every day to eat. She also takes two of her children who are at primary school.

Another community member, Masilo Ndaba, has also since started a household garden. He says it feeds his family because he never has to buy vegetables from town.

“Because I’m not working, I had to improvise so that my family and I get to eat nutritious food from the garden. We only buy meat from town and my wife makes sure she cooks one vegetable a day,” he says.

Despite its benefit to the community, illegal dumping threatens the centre’s ability to produce safe and healthy produce.

“We have people that dump trash and many other toxic substances which may a contaminate the food. We always alert our residents to stop littering near the centre. We have signs that read ‘Do Not  Litter’ but they don’t listen,” Mokoena says. – Health-e News