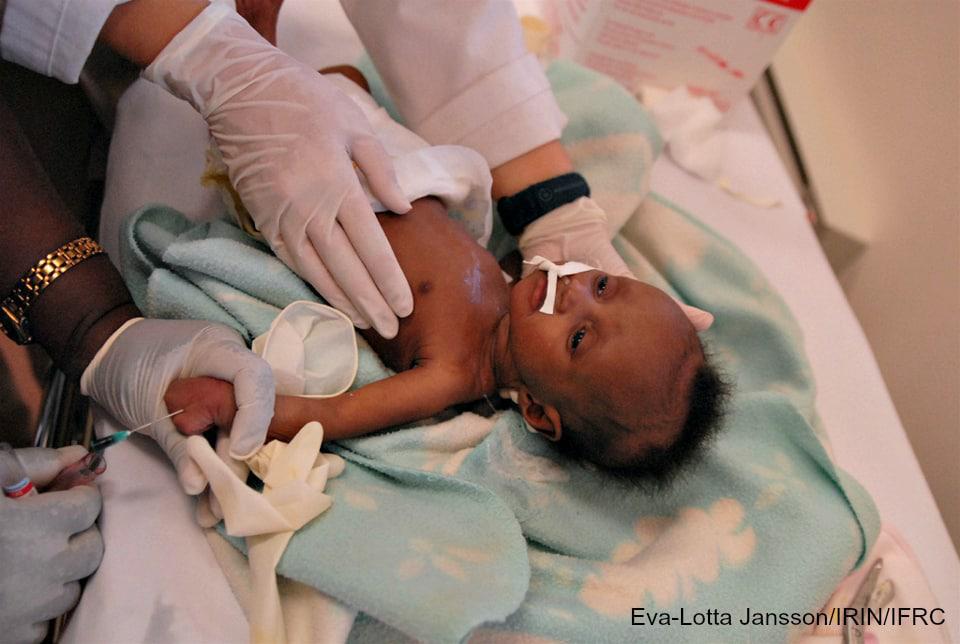 Health cards reveal the HIV status of both mother and child. (File photo)

Mothers say they experience stigma, discrimination, isolation and bullying because of their HIV status, and that of their children, because they are included in their health cards.

Mothers, whose children’s HIV status is disclosed in their Road to Health Booklets, see it as a violation of their privacy and their right to dignity, respect and freedom.

HIV-positive mother of a two-year-old, Thandi Zondo* says she finds the practice unconstitutional.

“What is being done is disturbing because if you are not prepared to disclose your status, you shouldn’t be exposed like this.”

Zondo says it’s the reason most mothers, such as herself, are not comfortable sharing their children’s health cards even though it is needed in creches and by Home Affairs.

“I do believe that a child’s card has to be confidential; it has to be between the mother and a health worker. But sometimes that isn’t happening. You can’t always be there to take your child for immunisation especially if you’re a working mother.”

Health workers give this free booklet to every mother after they’ve given birth in both public and private health facilities. It contains an infant’s health information, including immunisations and the health of the baby at every clinic visit. In many public schools, parents are requested to produce their children’s health booklet when registering them for the first time.

Jabu Mwelase* says: “I thought it was only my son’s card, a mistake done by the hospital, but when I did research I found out this is done in all hospitals and clinics. They tick the HIV positive box purposely.” 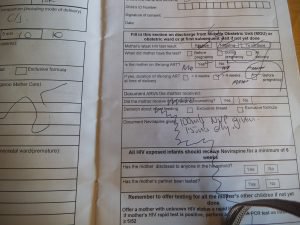 When she asked a nurse about it, she was told it was for the sake of the child’s health. “I find it difficult to send my nanny to a clinic with this booklet because my status is revealed so it isn’t private anymore,” she adds.

When her son is due for his immunisation, Mwelase takes a day’s leave from work so she can take him to the clinic herself. “I wish the Department of Health could find another way of writing kids’ clinic cards because we’re not all ready to reveal our HIV status yet.”

Sindi Mhlongo* says even though she is HIV negative, she has seen many mothers’ cards indicating their status. Mhlongo says women at the clinic would borrow each other’s card intentionally to see if the HIV positive box is ticked or not.

“I think the National Department of Health is being ignorant about this and it has been happening for years but nothing is being done, there is no confidentiality anymore,” says Mhlongo.

The National Department of Health Child, Youth and School Health Acting Chief Director Dr Lesley Bamford says they have received a small number of complaints in the past about this issue. However HIV status remains an important cause of death in young children, she says.

According to Bamford, in order to provide appropriate health care for children in South Africa, the health care worker needs to know which children are HIV positive so that these children can get the services that they need.

Bamford says all records written on the card are confidential between the child’s parents and a healthcare worker, but this hasn’t stopped some institutions from asking for the card as part of application processes.

“We have worked closely with the Department of Home Affairs to ensure that the Road To Health Booklet is not required for any official purposes which is the official policy, although there may be cases where officials don’t follow the policy correctly.”

Proof of immunisation is also required at school entry but Bamford says they should only get a copy of the immunisation page, not the entire booklet.

Public health nurse and HIV specialist Siboniso Nene says the aim to record statuses on the clinic card is for the continuation of care, which is good but may have adverse implications.

“Currently as a country, we have failed to destigmatise HIV. We should not have these problems if HIV is treated as a social chronic disease.

The department should relook at it and come with cards that protect the status of both parents and child since we still have HIV stigma and discrimination in our society.”