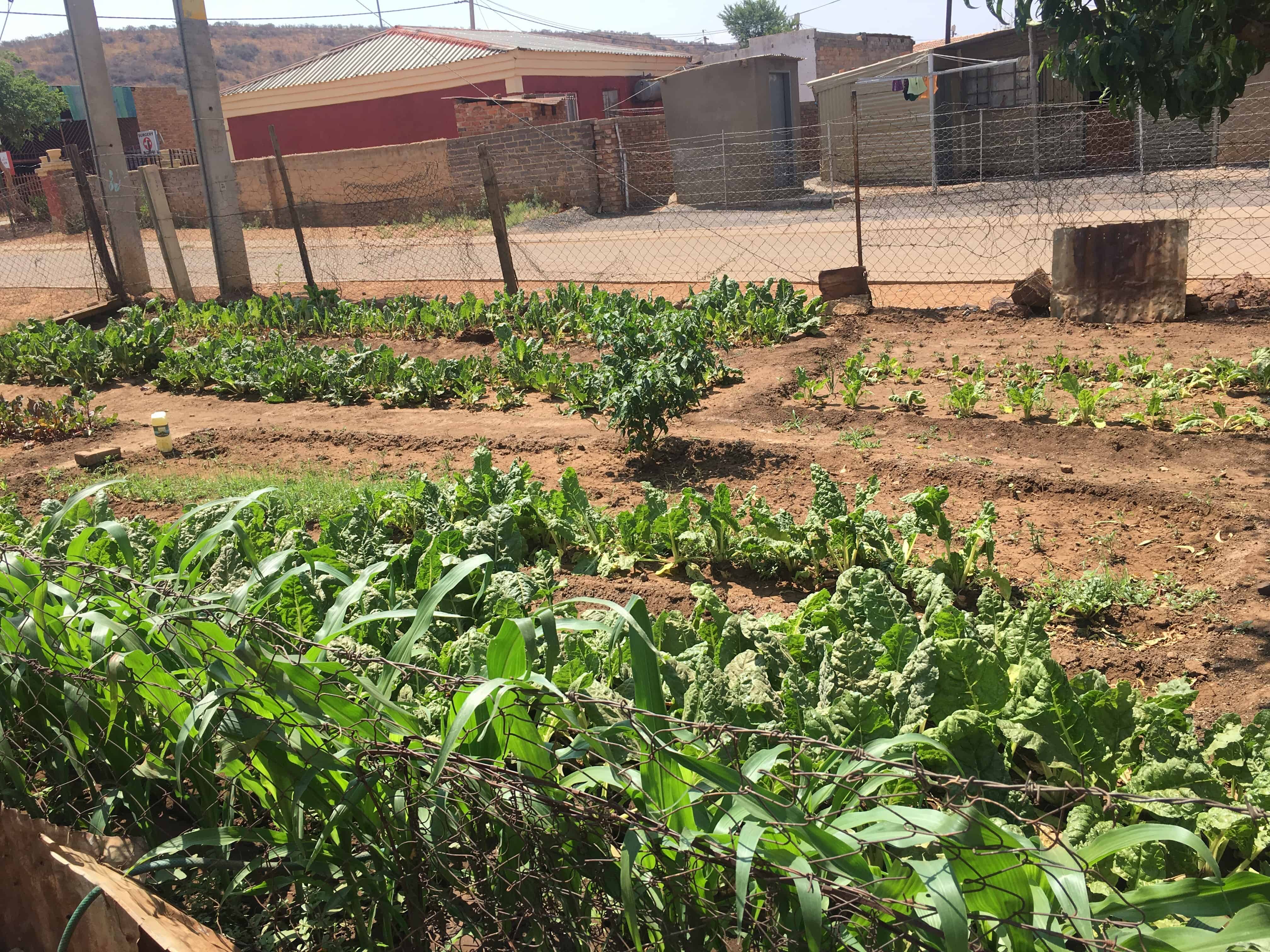 A pensioner in the North West created his vegetable 20 years ago. Since then, it has gone a long way to feed his family, he says.

With food security a growing concern in South Africa, Ikageng resident Peter Marumo has ensured there’s food for his family and it comes from his backyard garden. Marumo has joined a chorus of other citizens who have turned to gardening to escape hunger.

His knowledge comes from working on a farm

For the past 20 years, the 69-year-old has maintained his garden of beetroot, onions, spinach, maize and tomatoes, and has fed his family of five. Marumo says his passion for growing plants comes from working at a farm. He decided to use his farming knowledge to feed his family. Apart from providing sustainable food for the family, Marumo who has non-communicable diseases, says it ensures that he is eating healthy.

“I have diabetes and high blood; I also have a sharp pain on my back so it has always been a struggle for me to get a job. Back in my young days I used to work at a farm, so when I settled in Ikageng after being laid off at work, I decided to continue to farm, but in my yard, that was the only way I could feed my wife and our children,” says Marumo.

The grandfather of three and his wife currently receive an old-age pension from the government. Due to the increasing food prices, Marumo says the pension isn’t enough to sustain his family and cover their monthly food consumption. However, buying seeds is cheaper than buying vegetables at the shop, he says.

“Our only income for the past several years has been from our pensions, which has to feed a family of five because we also live with our three grandchildren, so that’s not enough. I would rather go buy seeds for R5, that would in return give me food that would probably cost R100 from a retailer. I’d [rather] have an extra R100 that I could buy electricity with, so I’m feeding my family and saving at the same time.”

‘How do you price something natural’

Marumo says community members have asked him to sell his vegetables, an offer he tells OurHealth he has refused. Instead, he encourages others to initiate their own gardens to feed their families. He has in the past assisted people with starting their own garden.

“Whenever people pass by here, they ask if I’m not selling, and when I say no they get surprised, saying I can make money out of my garden, but to me, that would be impossible because how do you price something natural. In most cases I just give them for free, and I would love to see people growing their own gardens as we used in our days, it’s cheaper and healthier,” says Marumo.

Masego Letsholo, who has been Marumo’s neighbour for the past 12 years, says the garden has also fed her family in the past. Her small yard has prevented her from growing her own garden.

“When moved here back in 2007, Peter had a garden, years later he still has that garden, which has also fed my family because every time he harvests, he gives us something. I have seen his passion for his garden and at times I wish I could grow my own but unfortunately, we have small yards here,” she says. – Health-e News