Home » ‘I have never slept on an empty stomach’ 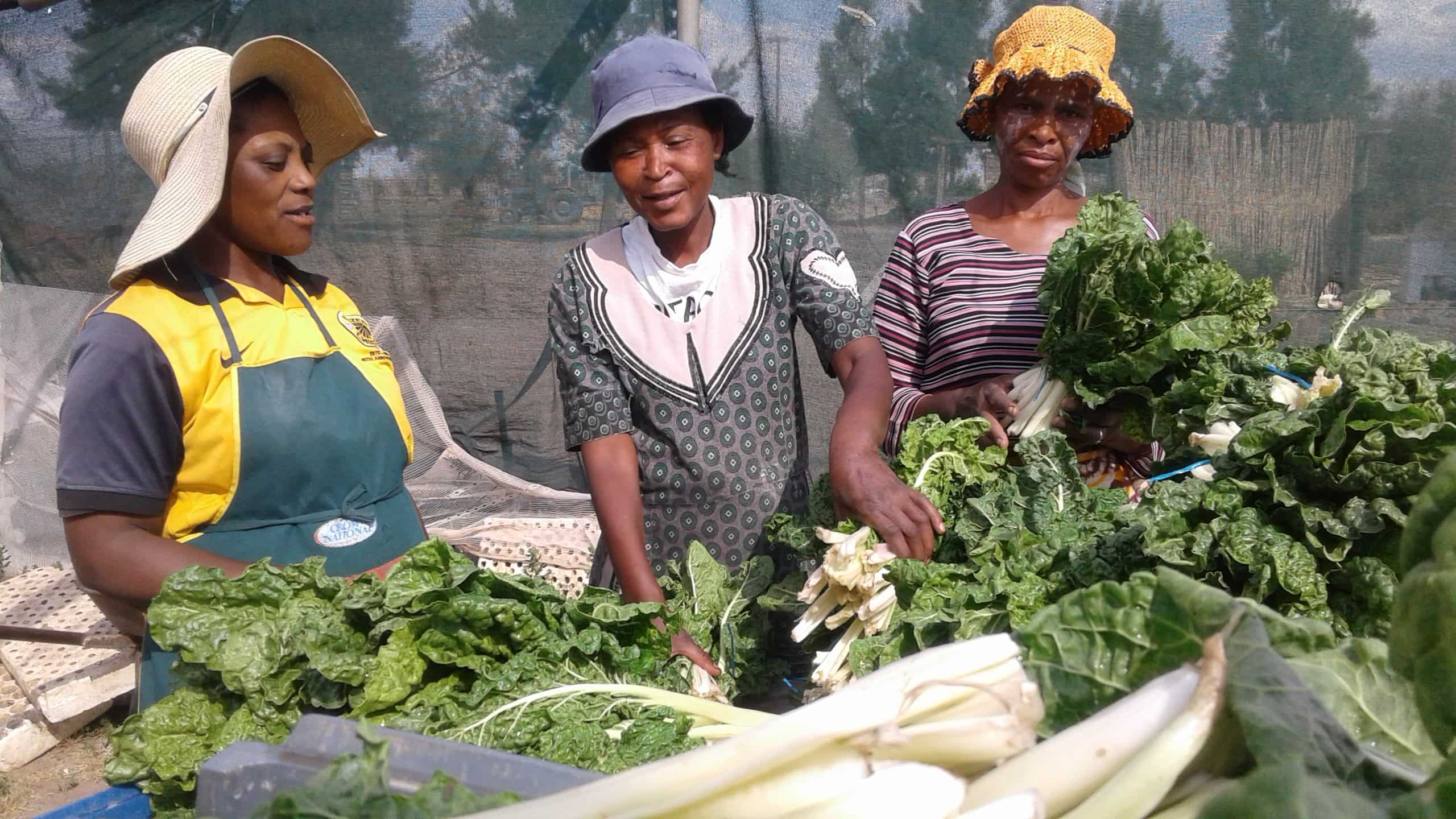 Each person takes home a packet of vegetables every day and the money maintains many families.

Jacintha Pheko (44), a single parent who has never worked before, joined the Raphael Fresh Produce Project in the Free State in 2004. “The payment from the project has helped me supplement my daughter’s social grant plus I have never slept on an empty stomach. Today I will take home a bunch of spinach, cook porridge, and we are set for the night,” she says.

For Modiehi Lekhooa (44) who is disabled and a mother of three, the project is a hobby and a form of exercise. She was working in Johannesburg as a domestic worker but left her job after being involved in an accident which left her disabled. She loves doing physical work. “I receive a disability grant but because I am a very active person, working here is an exercise for me otherwise, I would be at home feeling [sorry] for myself,” she says.

They have a good neighbour

Ten women and five men use water from the purification plant to irrigate crops which feeds their families every day. Even during a bad month, the lowest-paid member earns at least R1 000, the group says.

The project is just a fence away from the Botshabelo Waste Water Treatment Works. They use the water that is being purified at the plant to irrigate their crops. After the water is purified at the treatment facility, it flows through the furrow to the project site where the suction engine pumps the water into the irrigation network to water the plants.

What it’s all about

Many women in the group have no formal qualification and were either domestic workers or never employed before they joined the project.

Annually, women donate 40 packets of food parcels. “We pack cabbage, tomatoes, potatoes, spinach and onion. We donate them to people who are disabled every year. The vegetables that we don’t plant, we buy them at the supermarket to make a food parcel that has a variety of vegetables,” says Pheko.

She says over the years, many women have come and gone because they work outdoors throughout the year, no matter the season. “Our people don’t have endurance; they leave because they complain about the weather conditions. ln summer, they say it is hot so they leave; others quit when winter is very cold,” she says.

They own 20 hectares of land but only use seven to plant crops rotationally every year. Their biggest market is local supermarkets, the group says. – Health-e News