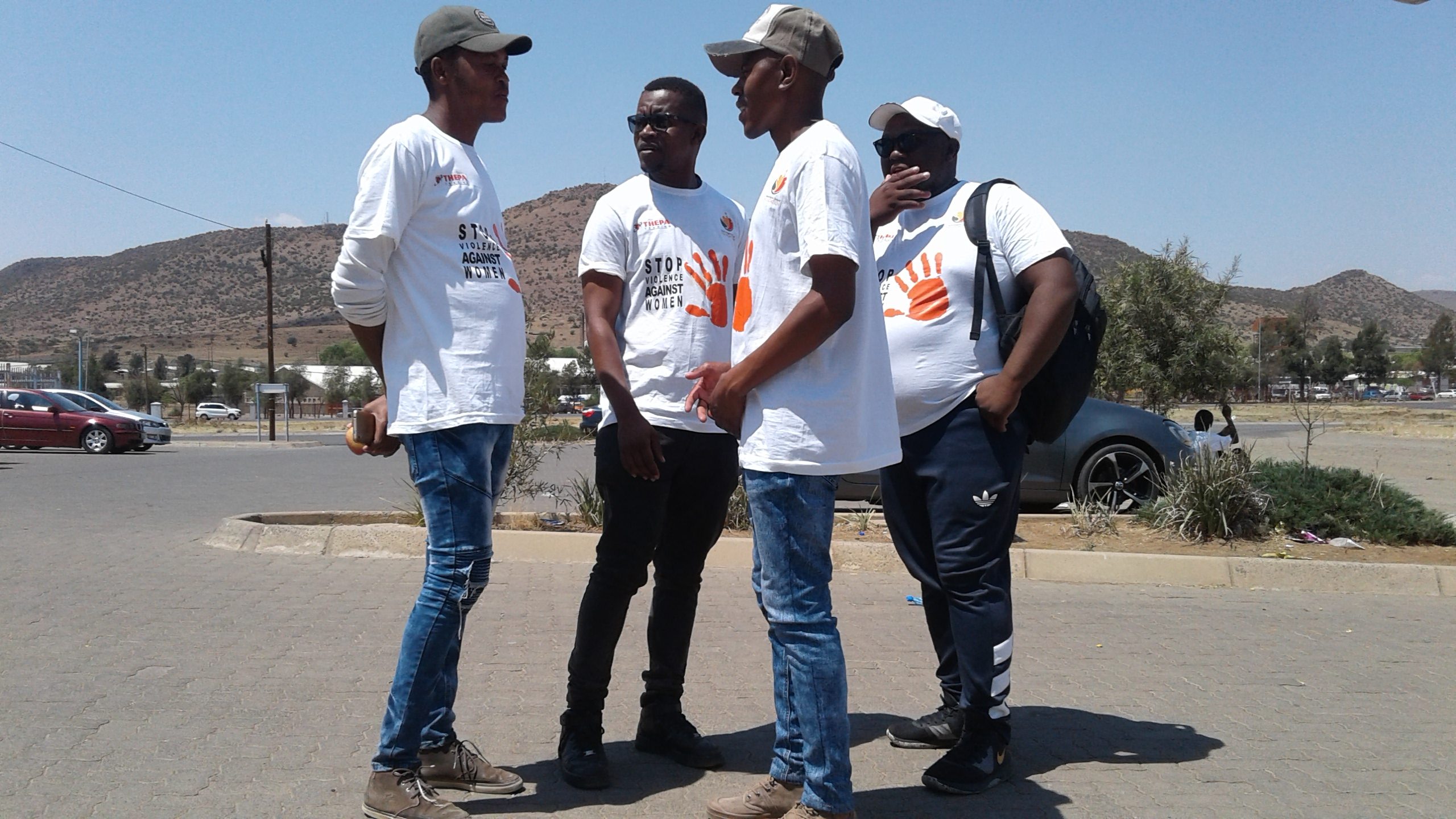 While men are generally the perpetrators of gender-based violence (GBV), there are some who are doing their part to fight it.

A father in Botshabelo, who wishes to remain anonymous, says he is experiencing challenges raising his daughter who was allegedly raped when she was eight-years-old.

She now needs to wear disposable nappies because she has incontinence – no control over urination. The young unemployed father, who runs a car wash a street corner in Section U, says he cannot afford to buy enough nappies for her daughter.

“I had to pull her out of school because other learners were mocking her. She is my firstborn and someone just decided to rape her,” he says, wiping tears from his face.

He says the state refuses to prosecute the case on the grounds that the child’s statement is contradictory. According to the father, she was raped during a visit to her grandmother at Nelspruit in Mpumalanga. He says they only noticed that their child wasn’t well when they got back to Botshabelo. After examining her, they rushed to the doctor who confirmed that the child had been penetrated.

“I opened a criminal case with the police, but the prosecutor refused to prosecute after the child first said the neighbour raped her but later said it was her cousin who raped her,” he says.

Male artists and professionals in Botshabelo have united under the Sejakane Foundation to speak and raise awareness about GBV.

Steven Sejakane expressed concern over the alarming rate of murders and rapes. “Every week we hear of a child or woman being murdered or raped. Worse, our grandparents are the ones being targeted lately,” he says. The men wear colourful T-shirts which have a bright red palm printed on it to say stop the violence against women and children.

Traditional healer Thabang Lesapo has also come forward to warn those who prey on gay people and women during vigil ceremonies called hlophe – an all-night graduate ceremony for traditional medicine initiates. “The way women are raped and murdered in Botshabelo is frightening,” he says.

To play his part, Lesapo usually invites health professionals from Botshabelo District Hospital and other practitioners in the health sector to his surgery where they offer services to rape survivors.

When using the Survivors’ Support Service, part of Health-e’s ‘Izwi Lami’ (‘My Voice’) campaign, victims can get the contact details and addresses to the nearest Thuthuzela Care Centre (TCC), a shelter, or hospital, by dialling *134*1994*1#. Survivors can also ask for the morning after pill, ARVs, vaccinations and counselling at the clinic or hospital. – Health-e News