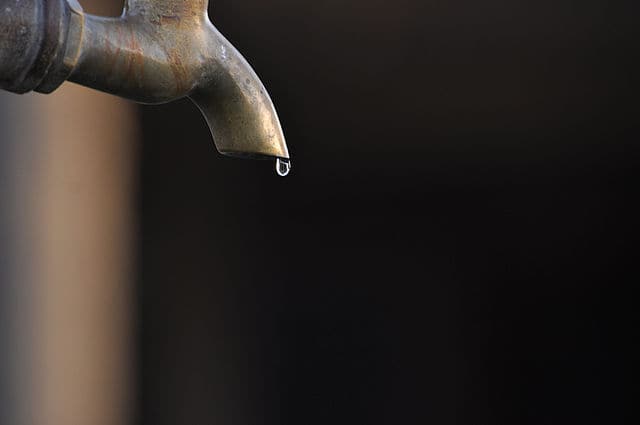 Some residents in a small Limpopo town say they have never seen any water coming out of their taps, despite having two boreholes.

Makwarela water troubles far from over as taps remains dry

Situated about 15km from Nandoni Dam, residents in Makwarela outside Thohoyandou in Limpopo have been battling water shortages for years, despite plans and promises from the Vhembe District Municipality, responsible for water supply in the area.

Life without water is harsh

“Water shortages are making our lives very difficult because some of us only have flushing toilets and when there is no water, it becomes extra difficult for us as the smell from the toilets becomes too much. The worst part is that our homes are too small and there is not enough space to build an outside pit toilet which does not require water,” says Mavis Munyai, a concerned resident of Makwarela.

“With this scorching heat here in Venda, being without water makes it extra hard for one to survive because we are forced to preserve the little water which we buy from our fellow villagers, who are fortunate enough to have private boreholes inside their homes. Water is life and without life is not worth living. Imagine waking up every day in the morning not knowing where you’re going to get water for drinking, bathing and cooking because if you do not have any money on you, no one is going to give you water,” says Nyandano Mudzunga, another Makwarela resident.

He adds: “This is making living our lives impossible because with this difficult economy of ours, it is impossible to always have money to buy water from those who have private boreholes. Water is supposed to be a basic human right but some of us are currently not enjoying that right, for reasons we do not know.”

No relief despite having boreholes

Despite two boreholes drilled almost two years ago to help ease the water shortages in the area, residents have been left with unanswered questions about the reason they don’t have water.  The two boreholes were drilled inside Makwarela community hall and inside the Makwarela stadium with the aim of pumping water into each household in the area, which has never happened.

Munyai says water is only pumped a few hours a month and it only reaches few communal taps erected in the area and residents are forced to stand in long queues to pick up water. Most of the time, the supply is cut before all residents can fill their buckets.

“When the boreholes were drilled, we had hoped that our water woes will be a thing of the past but that has never happened as we are forced to face the harsh reality of having to live without water. We still don’t have answers [as to] why we are not getting water despite all these boreholes here in our area and the other thing is that we are not far away from Nandoni Dam, which is currently supplying our neighbouring villages with unlimited water. Why can’t we also get water from the same dam? I wish someone can answer this question,” says Munyai.

The local Sibasa Clinic, which for years has not been getting any water supply from the Vhembe District Municipality, has resulted in several complaints from patients who frequent the clinic. The clinic relies on its own borehole for water supply. Security personnel stationed at the clinic says the water from the boreholes is not enough [and] seems like it is about to run dry. The clinic uses outside pit toilets for patients and staff use the flushing toilets.

Government has a long-term plan

Vhembe District Municipality spokesperson Matodzi Ralushai says they are having challenges supplying water to the residents of Makwarela. “We are aware of the challenges faced by the residents of Makwarela, but we are currently working on a long-term plan, which will ensure that we end water shortages in the area. The area was currently receiving its water from Thathe Vondo Dam, but we have a long-term project which will help us to put an end to the shortages. We’ve been utilising our boreholes in that area to ensure that residents get water, even though it’s not on a regular basis,” says Ralushai.

“The long-term project might take time to be completed as we also have to replace the bulk water pipeline as the one we currently have now is not big enough to accommodate all the residents, as Makwarela has grown fast which affecting the current water supply.”

Ralushai says an investigation will be done to find out why the boreholes are not supplying Makwarela residents with water. –Health-e News