Every South African has been affected by diabetes — whether directly or indirectly. For those who have experienced or witnessed the complications of this deadly disease, it can be devastating and disruptive for families and communities, health minister Dr Zweli Mkhize* writes.

Diabetes is the second deadliest disease in South Africa, according to the latest report on mortality and causes of death by Statistics South Africa. It has killed more people than HIV, hypertension and other forms of heart disease.

South African women suffer the most at the hands of this condition. In 2016, more than 15 000 women died from diabetes — making the leading cause of death among women in the country and the fifth cause of death amongst men, claiming almost 10 000 lives during the same period.

This is a pandemic.

World Diabetes Day is held annually on 14 November — the birthday of Frederick Banting, who with Charles Best, discovered insulin in 1922.  Since 1991, led by the World Health Organization and the World Diabetes Federation, the global community’s focus on diabetes illustrates the importance of awareness of this growing epidemic. World Diabetes Day became an official United Nations Day in 2006 with the passage of United Nation Resolution 61/225.

According to the 2016 South African Demographic and Health Survey, 13% of adult women and 8% of adult men are living with diabetes. On average, one in 10 adults in South Africa has diabetes.

Every South African has been affected by diabetes — whether directly or indirectly. For those who have experienced or witnessed the complications of this deadly disease, it can be devastating and disruptive for families and communities.

In South Africa, most diabetic patients have type 2 diabetes — as opposed to type 1 which is genetic and gestational diabetes that is caused by pregnancy. An unhealthy food environment is a consistent causal link for type 2 diabetes. As a nation, we can beat this pandemic, but it takes joint partnership and social reform.

To add to these high levels of diabetes and deaths from diabetes, the South African Demographic and Health Survey also found that “a large proportion of adults are either not aware of their condition or not aware that they are at risk for diabetes.” This makes this year’s World Diabetes Day especially important. We must ensure that there is greater awareness about the condition in every community in our country.

There’s a lot that we can do to prevent and treat diabetes. Firstly, we need to recognise the risk factors that are both avoidable and unavoidable. Secondly, we must address the avoidable causes. Thirdly, we need to get tested and get on treatment.  Families are important for all these interventions, bringing this year’s theme, “Family and Diabetes”, to life.

Knowing the symptoms of diabetes and recognising diabetic crises, such as hypoglycaemia (very low levels of blood sugar) or diabetic ketoacidosis (a serious complication of diabetes), empowers both individuals and families to take appropriate action before ending up in hospital.

It’s clear that some of the risk factors of type 2 diabetes — and many other non-communicable diseases such as hypertension, cancers and cardiovascular disease —  are avoidable. Families can work together to learn the condition’s symptoms and an enabling healthy food environment that’s low in salt, sugar and saturated fats as well as regular screenings and tests when symptoms are identified, especially for pregnant women and those over 45 years of age.

Additionally, we can’t ignore that the direct cost of diabetes to the public health sector is substantial. A study found that in 2018 the cost of treating patients diagnosed with type 2 diabetes was R2.7 billion. If the cost of also treating those with diabetes, but not yet diagnosed is included, the total cost rises to about R21 billion — or close to 12% of the total health budget. We can decrease these costs as well as the pain and suffering related to diabetes by focusing on prevention and early diagnosis, treatment and control.

The toll that diabetes takes on individuals, families, societies and the fiscus compels us, as South Africans, to make a stand and commit to controlling this scourge. The Ministry of Health calls upon families and communities to participate in education and awareness campaigns, be educated on the symptoms of diabetes, and to consult health professionals for early diagnosis and treatment. Community pharmacies will continue to play a critical role in population screening because they’re closer to families and communities.  Let us work together — families, communities and government — to beat diabetes.

* This opinion piece was edited for brevity. 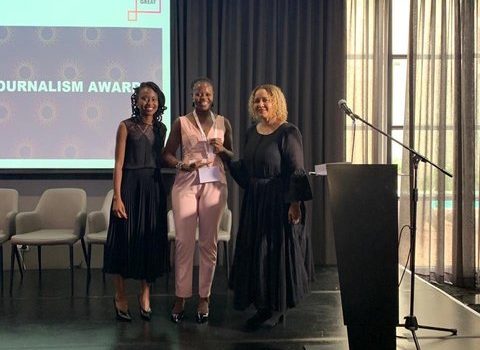 The Chiawelo Community Practice is an example of how a focused healthcare system and good record-keeping can lead to quality care for all – and Professor Shabir Moosa wants this model to take root across Gauteng.