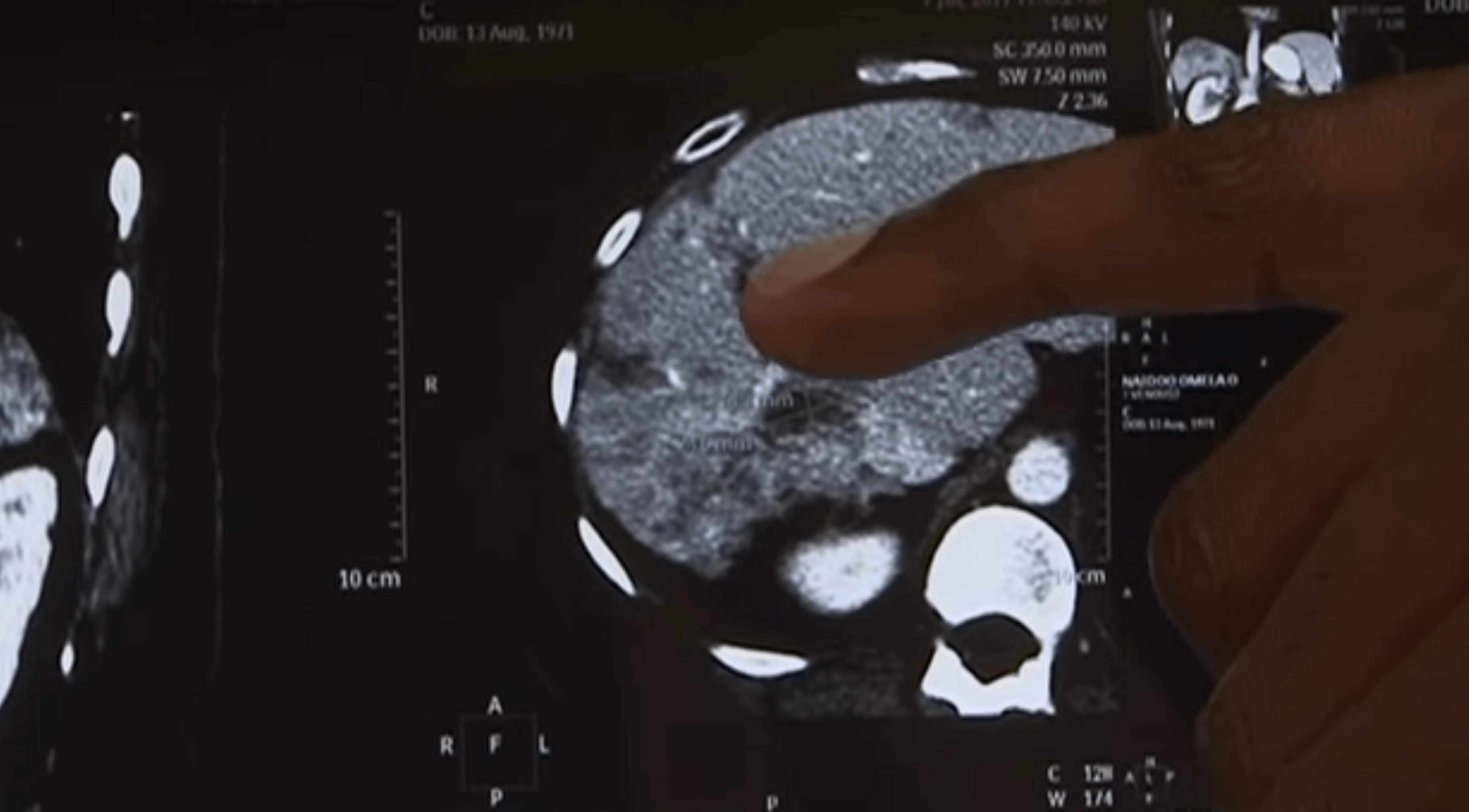 Many believe only women can be diagnosed with this condition, but this is a grave misconception.

Men can also get breast cancer

Male breast cancer survivor, Robert Were (63) says he never thought he would be diagnosed with breast cancer because it has been branded as a cancer only affecting women.

According to Breast Health Foundation, “in North America there seems to be an increasing incidence, especially amongst black males, with about a thousand cases being diagnosed per year. We don’t know how common it is in South Africa but we think between 1-3% of all breast cancers happen in men.”

Due to lack of awareness, most men don’t know that they can be diagnosed and ignore the warning early signs.

The first reaction is to ignore

Despite having a lump on his chest, Were chose to ignore it hoping it will go away. “I felt a pea-sized lump next to my right nipple while I was bathing one evening in 2006. I called my wife and asked her to look at it; she agreed that something was not right and said I should see a doctor,” he recalls.

“But my male stubbornness kicked in immediately. You know what I mean, we men think we know much better than any doctor and I informed my wife that it was nothing and that I was fine,” says Were.

In males, breast cancer is usually detected as a hard lump underneath the nipple and areola. Men also have a higher mortality rate than women because they are less likely to believe that a lump can be a sign of cancer so they take time to seek treatment. Men tend to delay going to the doctor until they have more severe symptoms, such as bleeding from the nipple and changes to the skin covering the breast such as dimpling, puckering, redness and scaling. 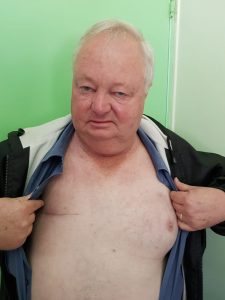 Such was the case with Were. It took him almost two years to get a diagnosis, despite having been aware of the lump on his chest.

“By the end of 2008, the lump had not only grown but was also oozing slightly. I went for an appointment to see a doctor in December 2008. She insisted on seeing the lump. One look at it and the doctor said, ‘That’s cancer’. She didn’t touch it or even look closely, so I was angry with her. Who gave her the right to say I had cancer?” says Were.

Male breast cancer can happen to anyone but the chances are increased in men between the ages 60 and 70.

Despite having been officially diagnosed by a medical doctor, and experiencing symptoms, Were says that he continued to live in denial. “The fact that I had an inverted nipple and the orange peel symptoms meant nothing. Again, I tried a feeble ‘it’s nothing’; only this time no one was listening to me. The doctor gave me a referral to the surgeon and made an appointment for me to go. There seemed no way out of this for me. Here is this lady doctor telling me, a man, that I have breast cancer. How ridiculous is that, I don’t even have ‘breasts’,” he says.

After he went for an operation to remove the lump, he had accepted that he has cancer. “When I came around after the operation, I felt the drain and then I felt a second drain, I knew then that it had been cancer and an absolute calm came over me. I had no pain and tried to feel if they had in fact done a mastectomy. I was told that the cancer was at stage three,” he says. He believes that one of the main reasons why most men don’t want to go for check-ups of any disease is that they fear being sick.

“There is nothing worse than a sick male, believe me. Fourteen days after my first round of chemotherapy, I woke up and saw my pillow full of hair, and took out fistfuls of hair as I washed it. I then decided to cut off the hair that was left. Seeing myself with no hair was, to say the least, frightening. Who was this ugly dude in the mirror, coupled with this dent in my chest and this scar line through its centre was… horrid to look at. I had been stripped of my dignity in just a few short weeks,” he says.

According to World Health Organisation (WHO) International Agency for Research on Cancer, one in five men and one in six women worldwide develop cancer during their lifetime, and one in eight men and one in 11 women die from it. Worldwide, the total number of people who are alive within 5 years of a cancer diagnosis, called the prevalence, is estimated to be 43.8 million. The increasing cancer burden is due to several factors including population growth, ageing as well as the changing prevalence of certain causes of cancer linked to social and economic development.

Almost 10 years later, Were says he always encourages other men to go for regular check-ups for various cancers. “Despite all this, I believe that my journey with cancer has been one of the greatest blessings in my life. I have since completed all my treatments and I am in my tenth year of being cancer-free, this is only down to the grace of the Almighty God,” he says. “We need to remember that we are all individuals and the way we respond to treatment is different to each other, we all need to form our own mechanisms to fight, for me it was to keep my brain busy and to trust in my Heavenly Father.”– Health-e News