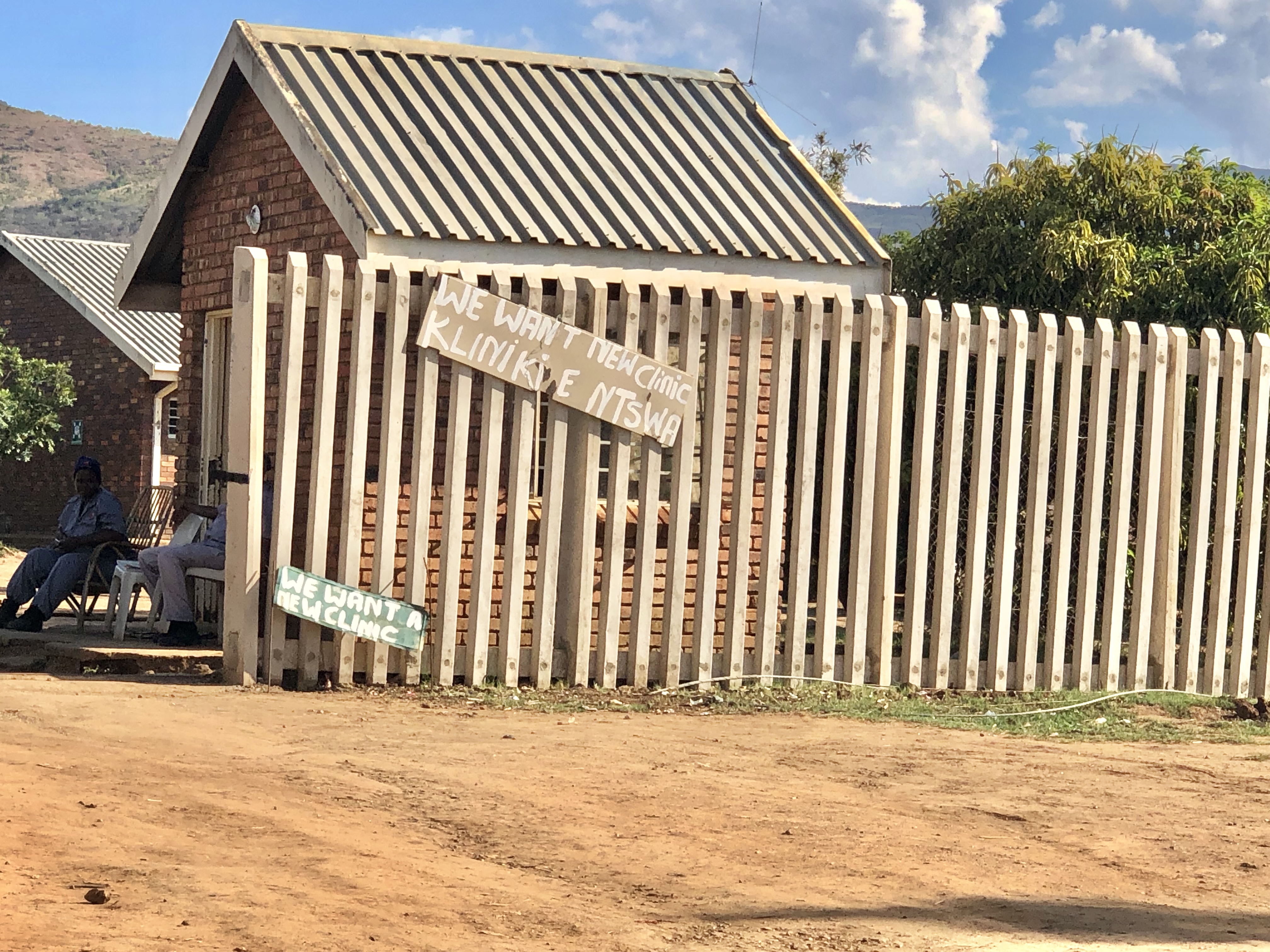 Placards on the fence of Lephepane Clinic, near Tzaneen, demanding a new clinic. (File photo)

The continuous inadequate delivery of health services is a cause of concern for many residents as polarising views on the NHI surface.

NHI is the proposed financing system for universal healthcare in South Africa — where citizens and permanent residents, refugees and certain categories or “individual foreigners determined by the minister of home affairs” are provided with essential healthcare, regardless of their employment status and ability to make a direct monetary contribution to the NHI Fund.

But HIV advocacy group the Treatment Action Campaign (TAC) in Limpopo are on the fence as it cites the bill is not clearly presented and that it could have a hidden agenda.

“The way the bill is presented is not satisfactory. We not sure if it’s going to work or not, but we have questions about whether it’s going to be another chance for corruption,” TAC Limpopo Chairperson Helen Nkuna told OurHealth.

“We don’t know on which side that it would work because now the government is failing. The challenges that we have raised since 2013 have not yet resolved and nothing has changed. Are we going to benefit as rural areas or what?”

Nkuna and other residents who made oral submissions highlighted that problems such as shortage of staff, infrastructure, unfilled vacancies and lack of proper security at the provincial health institutions are prominent and remain unattended.

Last year, the Office of Health Standards Compliance (OHSC) declared Lephepane Clinic, the country’s worst clinic. The body, which aims to improve the quality of health care in South Africa, scored the clinic 20% and said it didn’t comply with National Core Standards, as the safety of patients at the clinic was compromised due to the bad condition of the building.

“We have reported to the department about our cases nothing has been done. Yes, they managed to do fencing around the clinic to enhance the security at the clinic but the department is failing to build a proper structure as they now want to do renovation, the building they want to renovate does not have enough rooms. It also doesn’t have a pharmacy and the maternity room,” said the clinic’s committee vice chairperson, Mpapa Rakgoale.

The clinic does not operate 24 hours which affects the community in cases of emergencies, Rakgoale explained.

During the hearing, Dimakatso Kgwete from Phalaborwa revealed that she was shot and was not treated at the nearest hospital, which was private because she didn’t have medical aid. She is in support of the bill because she believes it will come as a relief to poor people.

Meanwhile, Grace Sambo, from Nwamitwa, was sceptical on NHI saying that the public health facilities are faced with many challenges and the bill won’t be able to address them all.

“At Nwamitwa clinic, there is a long waiting period, shortage of nurses and there is no clinic committee. I feel that the NHI will come short in addressing some of the challenges in rural areas because some still have to travel to clinics and the shortage of ambulances will not be fixed anytime soon,” she said.

The proceedings are set to continue in Sekhukhune and Capricorn District on Sunday and Monday respectively. – Health-e News