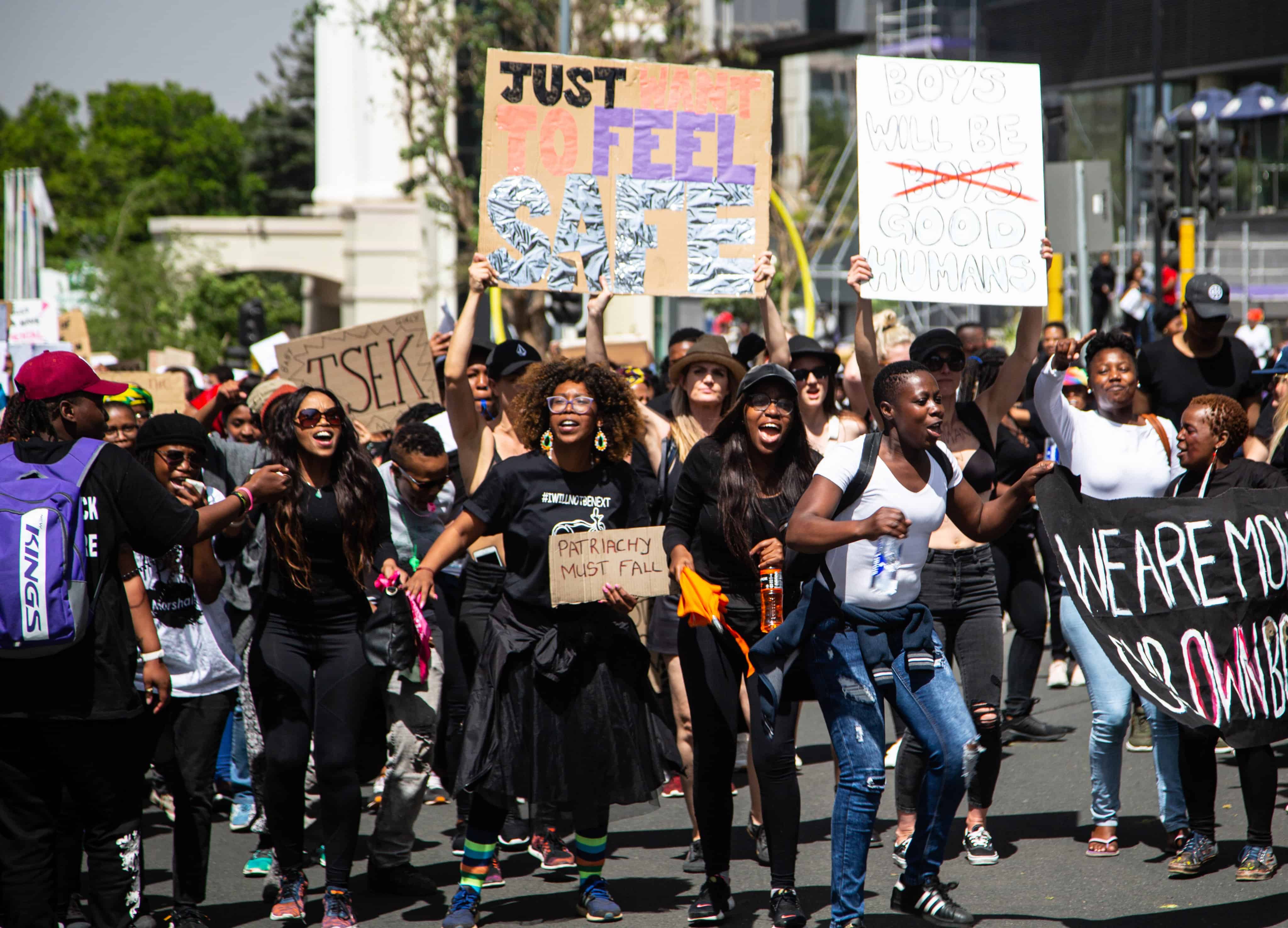 Gender-based violence (GBV) has been in the spotlight in South Africa recently with the many cases highlighting how unsafe the country is for women.

Atlanta 1996 Olympic Games silver medallist, Hezekiél Sepeng, says growing up in an abusive family was hard for him. He plans on challenging topics of abuse with the Hezekiél Sepeng Foundation. Sepeng says his father used to abuse his mother and that made his childhood grim.

“I grew up in the farms, and you know [what] life is like in the rural areas. Life was hard. And to see my father sometimes coming home to abuse my mother, that was difficult for me. So I want to contribute positively to my community, especially on issues of women and children abuse, to raise awareness, to tell men they can do better,” says Sepeng.

A report by Statistics South Africa shows that in 2000, the “murder rate of women was more than five times the global average”. According to the South African Police Service, 177 620 crimes were reported against women in the year March 2017/18, including 36 731 sexual offences.

A social worker from Ikageng, who did not want to be named, says she almost lost her life after being abused by her ex-boyfriend. The 27-year-old says she suffered emotional and physical abuse for over seven years, and even though she has broken up with her abuser, she still feels the effect of the abuse.

“I fell pregnant at a very young age, I was 16 doing grade 9, and my boyfriend was 29 years at that time. So as adult he had the upper hand in our relationship because he was more mature. The first time he slapped [me], I was pregnant, but because I love [him], I thought it would be the last time,” she says.

Little did she know the worst was yet to come. As time went on, her ex would go as far as kicking her and hitting her with a broom. In some cases her bruises would be visible but she would protect him around people and make excuses for their cause. The mother of one also never laid charges because she felt she didn’t want to send the father of her child to prison.

“He was so clever that sometimes he would hit me on the face, I would either stay home until I’m healed or tell people I fell [because] I loved him. I never reported him [because] I didn’t want my son to think I am the reason his father went to prison. It took a near-death experience for me to leave him, that’s after he tried running me over with his car. Then I saw my life was in danger, I had to leave,” she says.

Sepeng hosted a legacy run on November 23 to coincide with the annual 16 Days of Activism for No Violence against Women and Children Campaign, which starts on November 25 and ends on December 10.

“The aim was to involve everyone in this legacy run, we are currently working with Famsa [Families South Africa], I also want to assist street kids, so they can become better men… with the little we offer, a lot can be done,” he says.

He adds the run was part of the foundation’s plan to give back to the community and it will continue working with the community.

Tanita Steynberg, a senior social worker at Famsa, says GBV is on the increase.

“We as an organisation, we [are] here to empower people, to provide counselling and support. So we are happy to be partnering with the Hezekiel Sepeng Foundation, to raise awareness against women and children abuse. We have seen the increase [in] GBV [so we] would love to see people changing their behaviour and making better choices,” she says. – Health-e News