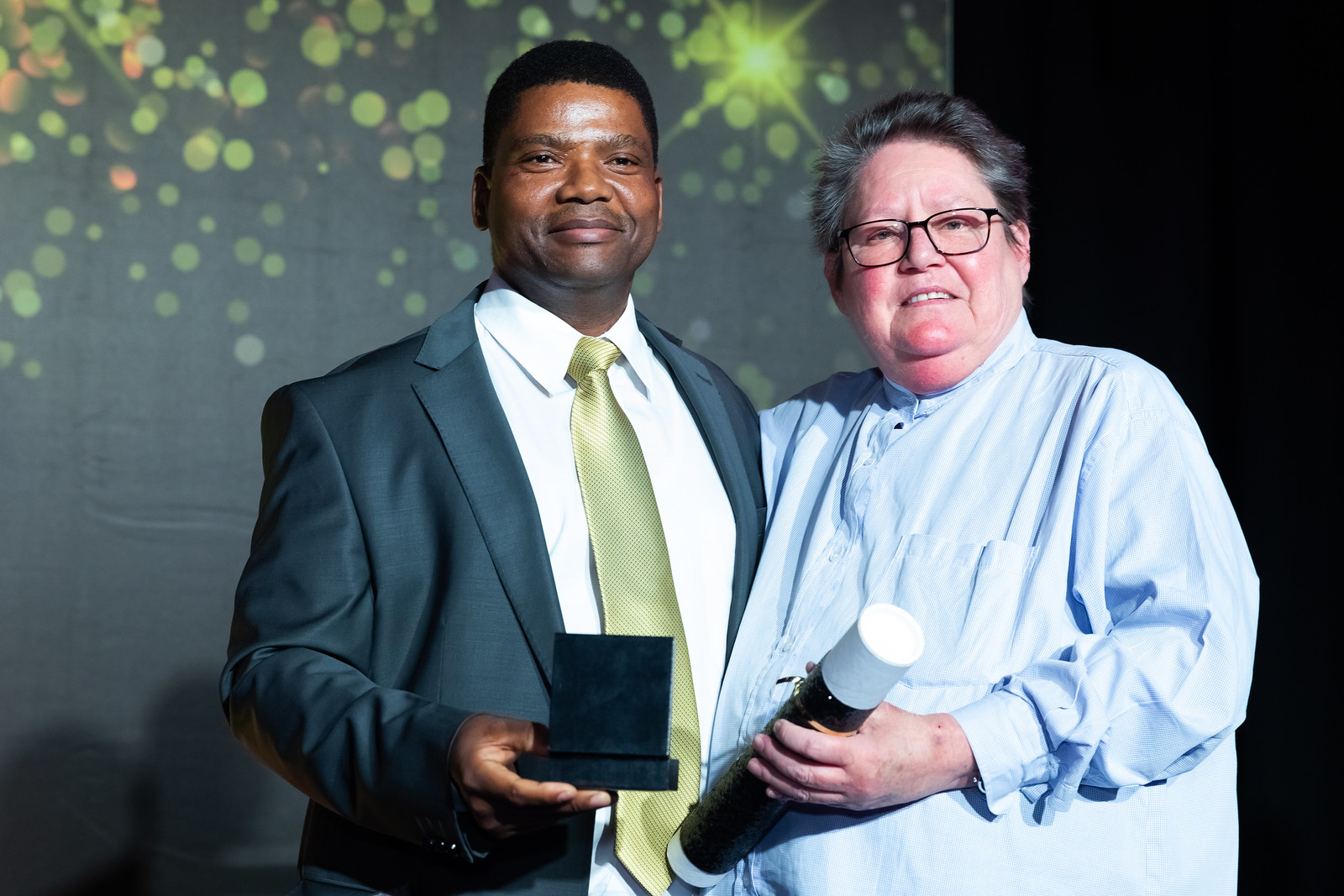 She describes herself as a ‘doer’ – someone who is passionate, enthusiastic and committed. She is globally known for her pioneering research in the prevention and early diagnosis of cervical cancer.

“I always say my job is to bring humanity back to the practice of medicine,” says Denny, the head of the Department of Obstetrics and Gynaecology at the University of Cape Town (UCT).  She was recently awarded the prestigious Gold Medal Award for Scientific Excellence at the South African Medical Research Council’s 50th anniversary gala dinner for her seminal scientific contribution to cervical cancer prevention – including a 25-year body of research – that has profoundly impacted the health of so many women across Africa and beyond.

From her groundbreaking PhD research in 2000, which instigated the search for alternatives to cytology-based screening approaches (such as Pap smears) for the early detection of cervical cancer, Denny has devoted her life to identifying practical, feasible and locally relevant solutions to preventing cervical cancer in low-resource settings.

Cervical cancer is disproportionately high amongst women who don’t have access to screening services. It is estimated that there are over 6 000 new cases of cervical cancer in South African women every year, of whom 50% will die from the disease. “We’ve probably screened over 40 000 women over a 25-year period and we’ve published over 130 articles in peer-reviewed journals looking at different algorithms, different approaches to the prevention of cervical cancer in low-resource settings – so affordable, feasible, safe, and acceptable to women,” she explains.

She fondly recalls the early days, where her team worked from a caravan in Khayelitsha and later, from second-hand shipping containers, which are still used today. Denny was also the first to demonstrate the significance of ‘screen-and-treat’ approaches to cervical cancer prevention, where women who require treatment are initiated onto treatment immediately – thereby reducing the need for multiple clinic visits as required by conventional screening and increasing the cost-effectiveness of providing treatment. According to Denny, this approach has worked very well, with women finding it “very acceptable” – over 90% of women return and over 90% stay the same day for treatment, she says.

Women should commit to their own health

Cancers in Africa usually present at a late stage because of a lack of access, poor health care infrastructure, unaffordable health care and lack of understanding amongst the public, and there is very little awareness of cancer as a health problem in Africa. “I think the main challenges are that we are working within a health system that is inadequately resourced, so to actually roll this out into a community is not easy. But the main challenge is to keep women committed to their own health, and instead of just practising technical medicine, I always say my job is to bring humanity back to the practice of medicine.”

Denny has also been a driving force for research-based advocacy for cancer to be made a priority. Through her leadership, specifically in Africa, Denny has brought together health care professionals, politicians, policymakers and the public to work on cancer at multiple levels from creating Africa-appropriate National Cancer Control Programmes, to advocacy and raising awareness, to research and training in cancer prevention, diagnosis, treatment and palliative care. She has been shining a spotlight on the fact that there are huge inequities in health care in all spheres in Africa.

Denny says she has always been an activist at heart and the most fulfilling part of her work is “providing a quality service to women who have been historically ignored and disadvantaged – and that’s black women”. At the tender age of twelve and during the height of apartheid in South Africa, she recalls writing a letter to the newspaper complaining about the poor conditions that people in KwaMashu township in Durban were being forced to live in. Throughout her career, Denny has worked tirelessly at a research and policy level to address social inequity. Her work has impacted globally where she has contributed to national and international clinical guidelines and health policies.

Denny has also championed women’s rights, particularly for survivors of rape, sexual abuse and domestic violence. Together with a colleague, Professor Lorna Martin, Head of Forensic Medicine at UCT, Denny created the first comprehensive programme designed to improve the clinical and forensic examination of women and men who have been raped. This protocol was formally adopted by the Provincial Health Department and the Provincial Justice Department as the formal Rape Protocol for the Western Cape in December 2000 and is being distributed widely to health facilities throughout the Western Cape. Denny’s team were also first to introduce antiretroviral prophylaxis to survivors of rape for the prevention of HIV. She was involved in the design of a protocol for National Management of Women who have been raped and has been Chair of non-profit organisation Rape Crisis, and a member of the NICRO committee for the management of women victims of domestic violence.

Denny is also known as an excellent and inspiring teacher, committed to developing emerging clinicians and researchers particularly those from low-income countries and historically-disadvantaged regions and institutions within South Africa. Her advice to young people who are building a future in academia is “to do work that fascinates you, that you are passionate about, that you want to do”. She says, “I couldn’t have written my PhD if I didn’t want to do it… because it was very hard, I was working full hospital hours and doing this all after-hours, so you must want to do what you doing, you must want a PhD, and you must have a future you want to aspire to”. Denny founded the collaboration between UCT and the Eastern Cape providing technical support, training, and clinical services. She has supervised and mentored numerous clinicians and researchers from South Africa and beyond, providing much-needed skills in countries where the burden of cancer is ever increasing.

Despite being only three years from retirement, Denny shows no sign of slowing down – in fact, her eyes light up as she talks about her latest research which embraces new technologies such as artificial intelligence, optics and lasers in the fight against cervical cancer. “As I got older, I got into the techie stuff and when I found out about these optics, I thought, wow, that’s so great, because we’ve always used biological methods like HPV testing, vinegar testing, that sort of thing, whereas this is more exciting.”

Thania Gopal is Communications Officer at the University of Cape Town’s Health Sciences Faculty. She is a Senior Atlantic Fellow for Health Equity in South Africa, and holds a Masters degree in Public Health, a Business Science degree from UCT and BPhil (Journ) from Stellenbosch University.