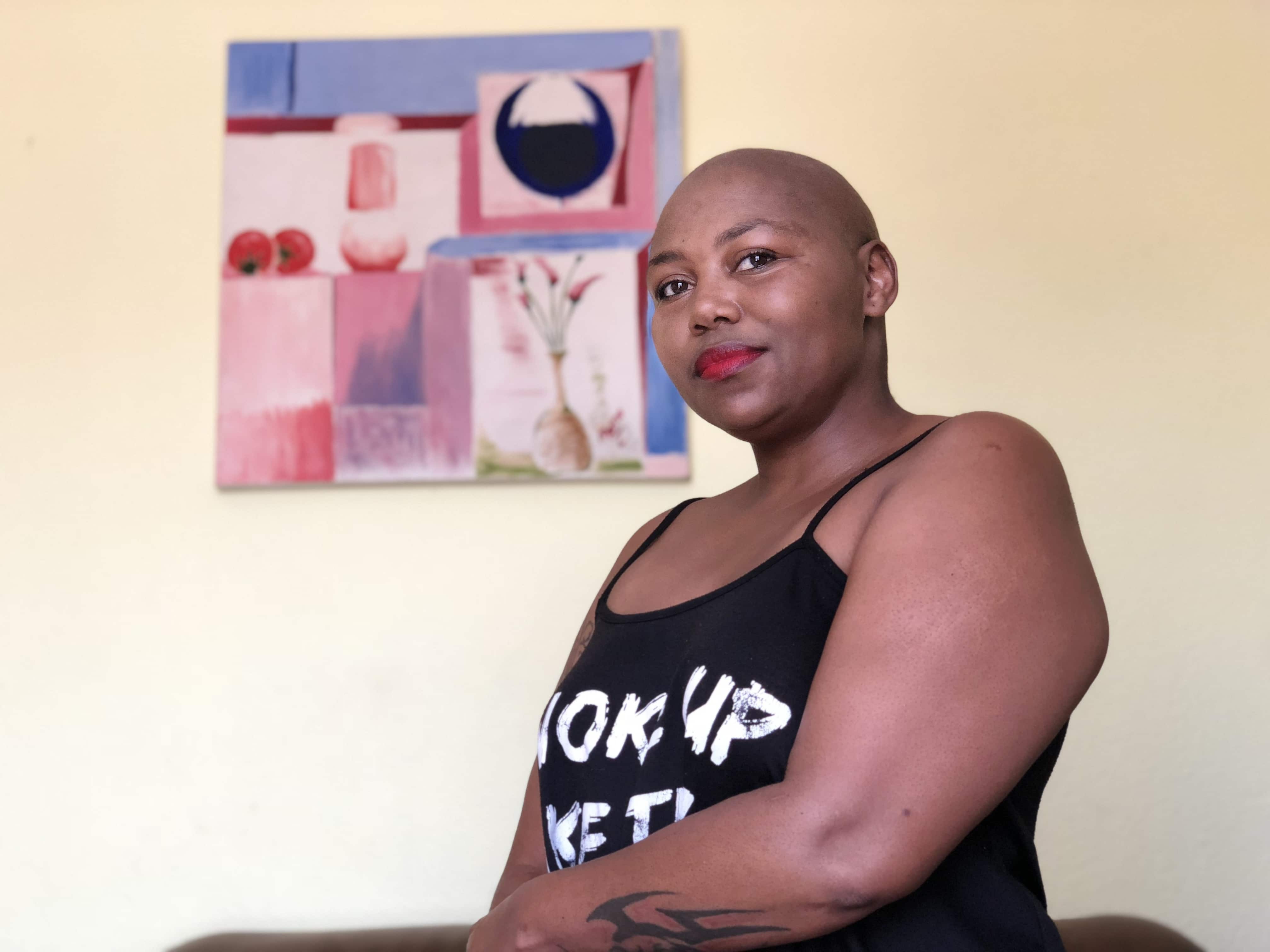 Black women are almost six times more likely to die of cervical cancer than white women, partly because diagnosis is poor and many women don’t have regular Pap smears.

In September 2016, Momo Machethe went to see a doctor. She was experiencing severe bleeding and a vaginal discharge that worried her. Her doctor referred her to a gynaecologist at the Chris Hani Baragwanath Hospital in Soweto.

“He checked me and told me I have a sexually transmitted infection,” she says. “I was shocked because I hadn’t had sex in a while. He prescribed antibiotic and anti-inflammatory pills and sent me home.”

But almost a year passed and Machethe’s symptoms continued. On some occasions, she opted to go to the pharmacy for over-the-counter medication because she was used to the symptoms. One morning she went to the bathroom to relieve herself, and when she was done urinating there was still fluid flowing profusely. On looking closer, she saw that it was blood.

“I knew something was wrong. I didn’t feel okay. I was constantly tired and felt feverish all the time. I went to the doctor and he said it was fatigue.”

Not convinced that that it was fatigue in September 2017, Machethe decided to go see another gynaecologist for a Pap smear – a procedure where cells are collected from the lower, narrow end of her uterus located at the top of her vagina called a cervix. Pap smears are used to detect cervical cancer.

Machethe hadn’t gone for a Pap smear in six years. She started bleeding as the gynaecologist performed the Pap smear. She was transferred to Chris Hani Baragwanath Hospital for a blood transfusion and more tests. A biopsy was done which revealed that Machethe had Stage III cervical cancer. “The doctors told me that my tumour was as big as a baseball,” she says.

This means that the cancer was no longer just in the cervix but it had moved to the lower portion of her vagina and possibly also internally into her pelvic side wall, according to United States-based medical research organisation Mayo Clinic. 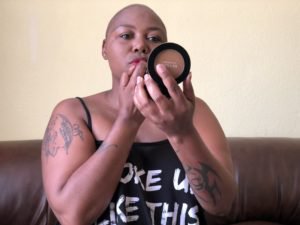 A 2018 study published in the Cancer Genetics and Epigenetics journal found that black women were almost six times more likely to die of cervical cancer than white women and that the five-year  survival rates of Black and Coloured women (40-50%) were significantly worse than those of white and Indian women (60-80%).

Researchers analysed 1994 to 2009 cervical cancer data from the South African National Cancer Registry and mortality rates from Stats SA. At the time the study began, the data for cancer incidences and mortality were not available later than 2009 and until 2012 respectively.

Sub-Saharan Africa has the highest number of new cervical cancer infections in the world and the disease is the deadliest cancer among women in the region, according to a 2013 study published in the Vaccine journal.

In 2014 5,000 black women were diagnosed with cervical cancer in South Africa alone.

The study revealed that about 75 000 cases of cervical cancer were reported between 1994 and 2009, with an average of close to 5 000 each year. Most cases (90%) were diagnosed in government laboratories.

Poor screening is one of the reasons cervical cancer is not detected early. “There’s a long turnaround time for results of Pap smears. We also do not have a system in place to call patients back to the clinic for results, so they may not know they have a pre-cancerous lesion or cervical cancer,” explains says Dr Elvira Singh, head of the country’s National Cancer Registry.

The Human Papilloma Virus — commonly referred to as HPV — is the leading cause of cervical cancer in South Africa, says Dr Singh. HPV is a very common virus that infects most people, but if the infection persists women are at risk of developing cervical cancer. According to the World Health Organisation, HPV is one of the most common sexually transmitted viruses. There are more than 100 types of the virus and about 40 of these can infect the genital area, found a 2003 study published in the New English Journal of Medicine.

There are often no visible symptoms for HPV and it is most likely to infect adolescent girls and young women.

“Women who are sexually active acquire an HPV infection and more often than not the immune system takes care of it and the infection goes away. It’s the persistence of HPV infection that drives the cancer burden,” says Singh.

Having a family history of cancer, being overweight and smoking increase the risk of cervical cancer. HIV infection also causes HPV to persist and accelerates the conversion from pre-cancerous lesions to cervical cancer, Singh adds. South Africa has a high burden of HIV, the latest HIV household survey estimated that there were 231 100 new HIV infections in 2017. Women between the ages of 15 and 24 make up a third of new infections in South Africa. Singh says: “In the HIV infected population, women develop cervical cancer at a younger age than in the HIV uninfected population.” 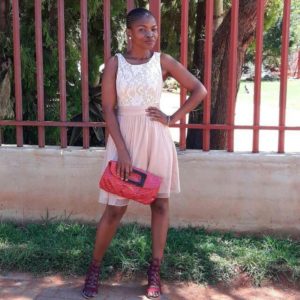 Kebusitswe Mokalane uses a colostomy bag after her rectum was damaged when she underwent radiation and chemotherapy for her cervical cancer. (Photo Credit: Mogale Mojela)

Kebusitswe Mokalane (29) was worried when she started experiencing pain during sex. “At first it would bleed,” she remembers. “I didn’t know it was cancer.” She went to the doctor who performed a procedure called a punch biopsy where small samples of her cervical tissue were cut off to be tested.

In 2008 Mokalane was diagnosed with Stage IIIB cervical cancer and had to undergo a hysterectomy. But in 2010 the cancer recurred and Mokalane had to undergo six weeks of chemotherapy and radiation. Since then, she uses a colostomy bag because her rectum was badly affected by excessive radiation exposure.

“My life has never been the same after I completed the treatment. Doctors I implanted a colostomy bag because I was unable to go to toilet,” she explains.

Apart from living with a colostomy bag for eight years, Mokalane now has to make room another bag after doctors operated on her bladder which ceased to function in August 2017.

“The urine started to leak and I’ve been using adult diapers ever since. I’m due for another operation soon, doctors are going to perform an urostomy [a surgical procedure that creates a an artificial opening for the urinary system].”
Mokalane says her condition has affected her self-esteem and social life to the point where she feels she can’t have a boyfriend: “Imagine having to wear a diaper at my age.  Sometimes the colostomy bag bursts in presence of other people and they look at me with shock.”

As she prepares for a life with two bags, Molokane urges other women to go for a regular check-ups for early cancer detection. “I lost my internal genitalia, bladder and bowel through cervical cancer,” says Mokalane “I urge all women to go for Pap smears regularly.”

According to the latest figures from the South African National Cancer Registry, there were 5 735 new cases of cervical cancer in the country in 2014. Of those, black women account for 85% of new infections.

Vaccination is the number one preventative measure against cervical cancer and the government is rolling out HPV vaccinations at schools. But these must be done before girls and women start having sex, says Singh.

Machethe underwent radiation chemotherapy to cure the cervical cancer. She has lost some of her hearing as a result of the chemotherapy.  In June, she went for Positron Emission Tomography (PET) scan which allows doctors to see check for cancerous tumors and other diseases in the body.

“I insisted that my oncologist check my head because I had very bad headaches that felt like migraines. I thought nothing will come of the scan,” she says. But her doctor discovered a large brain tumour, which he recommended must be treated with chemotherapy. Machethe declined the treatment out of fear of completely losing her ability to hear. She’s now living everyday as it comes, ready to fight again. “I’ve been through the worst things of my life,” she says confidently. Cancer will not kill me.”