Home » After school is after school: Young adults living with disabilities find hope in local NGO 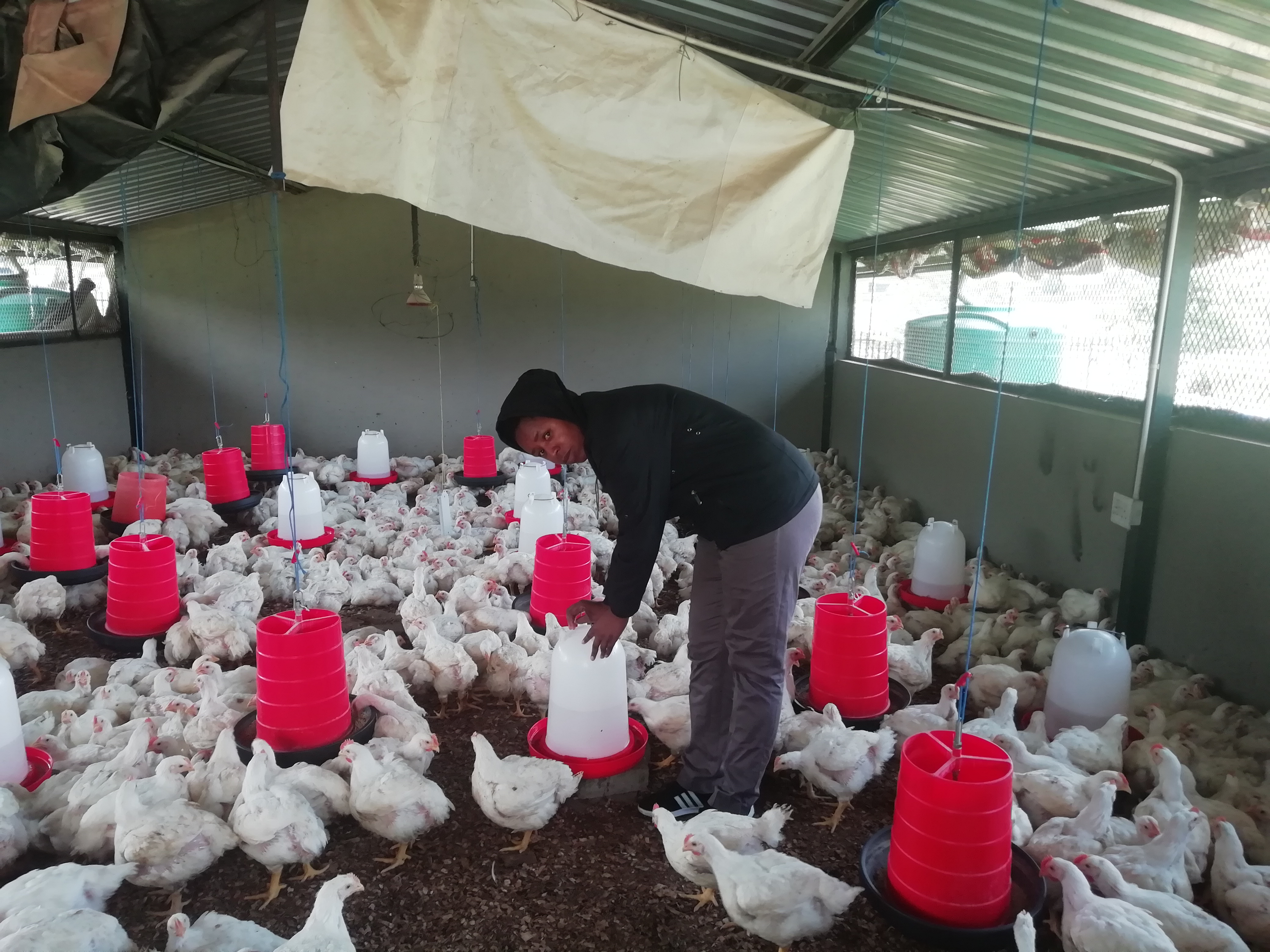 With only two schools for children with special needs in Tembisa, where do these learners go when they turn 18?

Despite all the odds stacked against her, Lindiwe Moila (25) is determined to achieve her goal of becoming a social worker. Moila has an intellectual disability which the World Health Organisation  (WHO) defines as a disability where there is a significantly reduced ability to understand new or complex information and to learn and apply new skills (impaired intelligence). This results in a reduced ability to cope independently (impaired social functioning), and begins before adulthood, with a lasting effect on development.

She went to a special school in Tembisa, but her parents were concerned by the lack of change in her development. They later moved her to a school for children with special needs in Kempton Park, where she studied up to Grade 9.

“Both of my parents didn’t complete their studies and they encourage my siblings and I to get an education. When one of us comes to them and says they’re interested in studying further at a certain school, they’ll encourage us to enrol at that particular school and pay our fees.”

Despite her challenges to learn, Moila is currently enrolled in a level four course at an Adult Based Education and Training  (ABET) centre in Tembisa, where she attends classes in the evening and works as a poultry farmer at a local non-governmental organisation (NGO).

“I was part of a learnership programme for a private company where I was doing hygiene and cleaning. My contract was extended and I was transferred to Tembisa Self-Help Association for the Disabled (TSHAD) to work as an intern for three months. I have now been employed in the poultry farming department and I earn a salary.”

Moila also believes that she and other people living with disabilities have been able to gain access to different opportunities with the help of organisations such as TSHAD.

Not officially regarded as special schools

He explains: “Tembisa currently has two special schools accommodating learners with severe intellectual disabilities as well as learners with autism with high support needs. These schools are not regarded as special schools as they take in learners from six to 18 years of age or when they complete their curriculum programme, meaning that sometimes a learner might only complete the curriculum programme at 19 years of age.”

The department currently has no plans of constructing a special school offering a Technical Occupational Curriculum in Tembisa.

“Learners who need to access the skills curriculum use Kempton Panorama School in Kempton Park where all the required workshops etc at available. At this stage it is not possible to say when a special school offering this curriculum will be constructed in Tembisa,” Mabona adds.

What happens after school?

The lack of a school that offers Technical Occupational Curriculum in the township for learners who are above the required age of admission at Ecaleni and Thembinkosi special schools has left a gap where people living with disabilities find themselves languishing at home without any prospects of becoming active in the economy.

Centre manager at TSHAD, Tshidiso Maqabe says that the centre was established to create support for the sustainability of people living with disabilities in the township through various skills development programmes.

Members pay an annual fee of R30 to participate and benefit from the different programmes offered at the centre which was built on land that was donated by the municipality.

“Some of our members don’t have people to look after them, that’s why a centre like this is welcoming them. We provide breakfast, lunch, and the person is protected. We are working on providing transport to each and every one here,” he explains.

Maqabe encourages families of people with disabilities to enrol them at the centre so that they can gain skills.

“We give them those opportunities because some of them have a belief that having a disability, and not having gone to school, that’s it for them. We revitalise and show them that there’s still an opportunity to become something.”

Despite the department’s efforts to actively expand access to special schools, relevant curriculums and support programmes in the past number of years, the Inam Autism Advocacy Group (TIAAG) says that more needs to be done to improve access for children with autism.

According to the US-based medical research organisation Mayo Clinic, autism spectrum disorder, also known as ASD, is a group of complex disorders of the brain’s development that reduces a person’s ability to communicate and interact with others.

“The reason why we formed the foundation is after we had our personal experience looking for a space  at a mainstream school for our daughter. We found that a number of the schools that we went to in our area could not accommodate her,” says Vezi Silwanyana, one of the founders of TIAAG and a mother of a child with autism.

“When we were turned away,  we were determined to find a school. We still haven’t found a school for her.”

The group believes that both mainstream and remedial or special schools are not well equipped with the resources to accommodate children with autism and is advocating for an improved education system.

Besides advocating for the access to schooling for children with autism, TIAAG also wants to bring awareness and education to various sectors of society on what autism is, how it affects children and how families can integrate children with autism to society. And to eventually get to a point where autism is understood and people with it are not stigmatised. – Health-e News