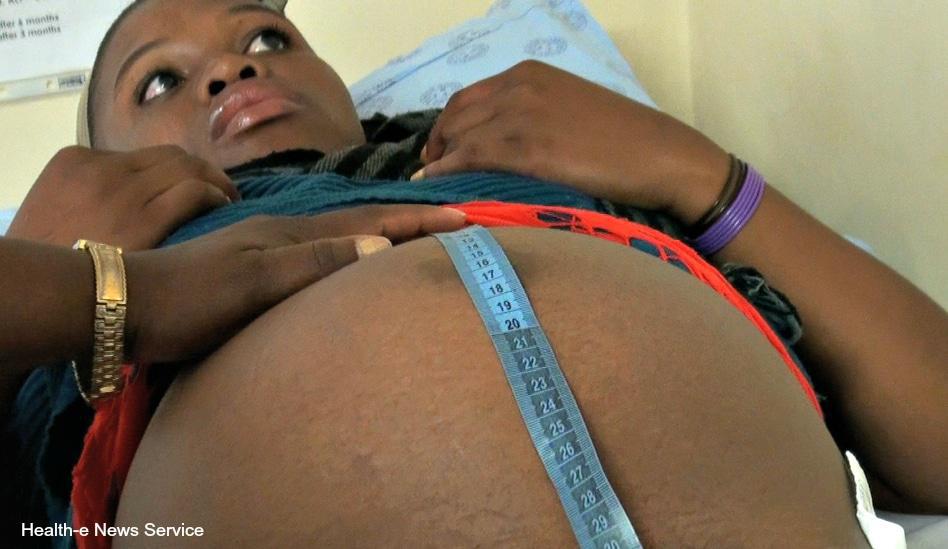 Rising obesity amongst pregnant women is an increasing concern to health professionals because it puts their lives and that of their unborn babies at risk.

Puveshree Moodie admits she was overweight and predisposed to diabetes before she fell pregnant with her first child.

“I was definitely overweight and I went into the pregnancy [being] overweight, not knowing any better. You just get pregnant and you know that’s life. And then I started educating myself once I got diagnosed with gestational diabetes. And because both sides of my maternal and paternal family have diabetes plus I was overweight, I was a typical case for gestational diabetes.”

What is gestational diabetes?

Obesity can lead to gestational diabetes, a type of diabetes that develops during pregnancy.

According to the South African Journal of Clinical Nutrition (SAJCN), 68% of women are considered obese or overweight based on their BMI, as compared to 31% of men. The disease poses an important risk factor for several non-communicable diseases (NCDs).

She adds that although there is no knowledge on what causes gestational diabetes, there are factors that put women at risk.

“We know there are risk factors associated with gestational diabetes. The number one risk factor is obesity and also [a] previous history of pre-diabetes, or any family history of type 2 diabetes.”

It can be unexpected

Victoria Nyaboyele had to be admitted into a hospital before doctors could find out what was wrong with her.

“I didn’t know that I was pregnant with my last child and I only found out at 26 weeks when I went to the doctor for a check-up. I then went to book at the clinic for antenatal care and that’s when they found that my blood sugar levels were high. They then transferred me to the hospital where doctors found that the levels were [high]. I had to be admitted so they could stabilise it and that’s when I was told that I had diabetes.”

Unlike Moodie who already knew that she might develop type 2 diabetes at some stage, the news of her diagnoses was more shocking to Nyaboyele.

“When they told me that I was diabetic, it was not good news for me. It was sad. They told me not to stress because stress was not good for the baby. My baby was not fine and I had to be on medication to stabilise my health,” she adds.

Mkhize-Mabeba elaborates on the complications that arise from having gestational diabetes.

“From a medical point of view, we realise that obesity during pregnancy increases the risk of various pregnancy complications and these risks include miscarriages, still birth, gestational diabetes, and also gestational hypertension or pregnancy induced hypertension. Furthermore, obese women have difficulty in having normal vaginal delivery, which results in the need for [a] caesarean section. And sometimes they actually even have complications, wound healing complication is a result of obesity.”

How the babies are affected

The foetus and later, infant is also not spared for health complications which may arise as a result of the pregnant woman’s health, Mkhize-Mabeba explains.

Both Moodie and Nyaboyele had preterm births due to the increased risk on their health and that of their unborn babies.

“So I was in and out of hospital. However, I did see my gynaecologist on a monthly basis and closer to term which was around 38 weeks, which is when you have babies when you have gestational diabetes,” says Moodie.

“I gave birth at 32 weeks through caesarean section because my baby was too big. She was then taken to ICU (intensive care unit) because she was struggling to breath as one of her lungs wasn’t fully developed,” says Nyaboyele.

“The problems that the babies encounter will be foetal macrosomia where the foetus or baby is born with an above average birth weight, which is normally around 4 or 4.5kg. What we also noted is that gestational diabetes increases the risk of preterm delivery and respiratory distress syndrome obviously that is associated with a baby that is born before time where the lungs are not mature enough for the baby to survive, so the baby will be preterm and have respiratory distress syndrome.”

Mkhize-Mabeba also adds that gestational diabetes will also increase the risk of the foetuses being born with hypoglycaemia. It is when babies are born with very low blood sugar levels because they, while in utero, had high insulin.

Sometimes babies can have seizures or convulsions immediately after delivery, which becomes a complication as well. These babies, she says, are at risk of being obese and having type 2 diabetes too.

The causes of obesity

Unhealthy eating habits are often the main driver behind obesity and this is why health professionals are encouraging women to follow a healthy lifestyle, which includes eating better and exercising before they start having babies.

Dietician at Rahima Moosa Mother and Child hospital in Johannesburg, Dr Taryn Bortz says that they are seeing more obese women who are referred to them for education and guidance on how to develop healthy eating habits during their pregnancies.

“We see them (obese pregnant women) very often, where the doctor will refer them to us at around 35 to 37 weeks of pregnancy and are obese, and they want us to give a healthy eating plan. So education should be done before pregnancy, it should actually start at school.”

Bortz explains why a healthy weight is important for a healthy pregnancy even prior to conception.

“So the WHO (World Health Organisation) states that the BMI (Body Mass Index) should fall between 18.5 and 24.9 and we look at pre-pregnancy BMI. So if a woman’s BMI is 25, it is overweight. If a woman’s pre-pregnancy MBI is above about 30, it is obese. Women should focus on reaching a healthy pre-pregnancy weight before they decide to fall pregnant because we do not advocate for weight loss during pregnancy,” she says.

According to the WHO, BMI is a simple index of weight-for-height, commonly used to classify underweight, overweight, and obesity in adults. It is defined as the weight in kilograms divided by the square of the height in metres (kg/m).

To maintain a healthy weight even after pregnancy, Moodie and Nyabayole have had to start monitoring what they eat especially because they are now both living with type 2 diabetes.

“Post your pregnancy around six weeks, you get a test that you need to redo for your blood sugar level. And it came out that I had insulin resistance and that’s how I found out that I was insulin resistant. And because during my first pregnancy I had already drawn out a meal plan with my gynaecologist and dietician, that I followed strictly, it became a lifestyle for me. Before my pregnancy, I would just eat anything that I felt like in it at any time at any portion. I never read food labels. I never checked sugar and carbohydrate amounts per hundred grams. I learned to read nutritional labels after my diagnosis, looking at ingredients, the fewer ingredients it has, the better it is for you,” explains Moodie.

Nabayole says: “When I realised that I was diabetic, it was hard to change my lifestyle but I had to do it for the baby. The biggest challenge for me was that the food was more expensive and I couldn’t afford to eat healthy all the time. Before, I would buy white maize meal for porridge but now I had to buy brown maize meal and have porridge with milk without adding sugar or have [another cereal]. I must also buy sweeteners for diabetics and those are expensive. The food is more expensive.”

Dr Bortz maintains that despite high food prices, eating healthy should not be too expensive.

“So we’ll educate [patients] on how to find cheap resources to buy food, fruits and vegetables that are in season. Try and get fruits and vegetables that are in season currently and not being imported, looking at the cheapest sources of veggies like spinach, cabbage, green beans, pumpkin, those types of things. Also look at specials at shops and we also don’t educate on buying expensive sources of whole grains or whole wheat, all of that, brown bread is fine. We also try and educate on the brand that are the cheapest at the moment. Maybe even a vegetable garden is quite a sustainable idea is growing vegetable garden growing your own vegetables, maybe sharing so you grow the carrots and the spinach and then your neighbour grows the tomatoes and lettuce.”

Women from all backgrounds are also encouraged to use health facilities closer to them to screen for various diseases such as hypertension, diabetes and obesity. They are also encouraged to maintain a healthy lifestyle by exercising and eating healthy even if they do not fall within the childbearing age. – Health-e News