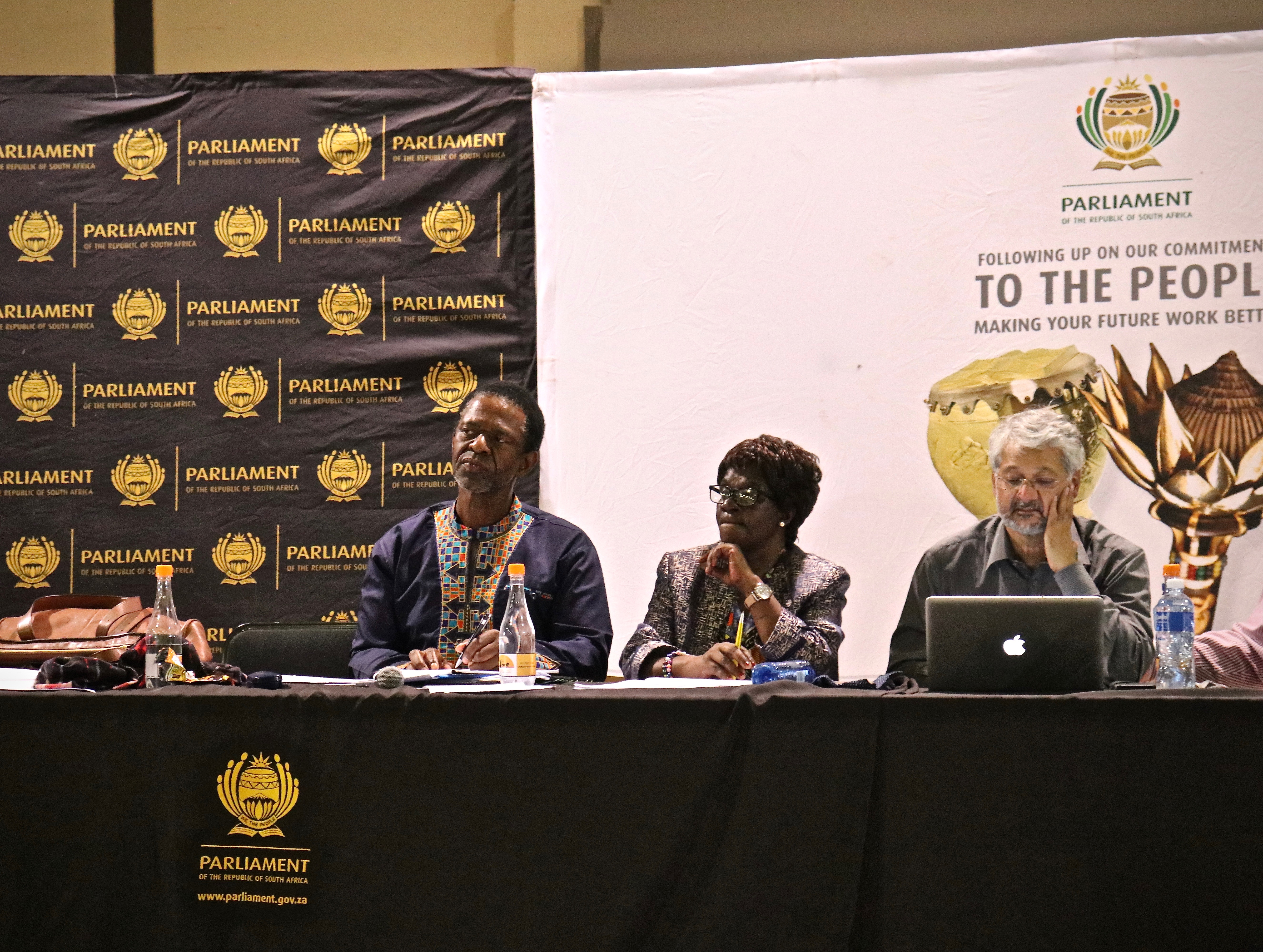 Gauteng, the last province to host National Health Insurance (NHI) Bill public hearings, is NHI ready, according to the Gauteng Health MEC who sat down with us in an exclusive interview. But how do residents feel about the NHI Bill’s progress?

Soshanguve, in Pretoria, and Kagiso in the West Rand saw the first two public hearings in Gauteng. Residents, civil society organisations, political parties and medical students voiced their insights into the public healthcare system, and their concerns and questions about the NHI Bill.

Both hearings showed that most people are in favour of the proposed legislation, although there are minority viewpoints that voice strong dissent against the Bill. Support for the NHI was conditional, as submissions raised concerns about the current healthcare system, and questioned how the draft law could solve these issues and how it will be implemented.

Staff shortages, poor health infrastructure and financing of the NHI were top priorities for the attendees of these two public hearings. Michael, a Soshanguve resident, said he is worried that the Bill will “be another tax burden on poor citizens.”

“If South African state-owned entities have failed, how can we trust the government with NHI? Where will the money come from? Will it be another tax burden on poor citizens?” he asked.

Lerato Ledwaba, another resident from Soshanguve, told the parliamentary committee that most facilities don’t cater to people with disabilities and that cancer treatment costs are too expensive and inaccessible.

“Toilets for people with disabilities aren’t functional. Also, this Bill must ensure that people with cancer will have access to treatment because it’s expensive and only those with money can afford help,” Ledwaba explained.

Both Soshanguve and Kagiso residents raised concerns about the shortage of ambulances, and wondered how the NHI Bill could help.

According to Soshanguve residents, only two ambulances service the whole area, while Kagiso residents said they wait for long periods of time for an ambulance because it collects people from different townships and goes with a full load of people to the nearest hospital.

Kalafong Hospital, Dr George Mukhari Hospital and Carletonville Hospital were at the centre of complaints heard at the hearings. The residents said these hospitals offer poor healthcare services and need to be improved through the implementation of the NHI Bill.

Speaking to OurHealth, Sibongile Tshabalala of Treatment Action Campaign (TAC), said they welcome NHI on principle and believe in universal health coverage. However, Tshabalala questioned how the process will be implemented.

“We haven’t got answers on how NHI is going to support or assist in fixing the broken healthcare system. As much as we support the NHI, we’re still concerned with the NHI Bill, not the NHI as a structure. The current Bill we’re engaging on — that’s where we have a problem,” she said.

The Bill places the Minister of Health in a position of power and governance of the entire structure of the NHI scheme, Tshabalala added.

“We know the capacity and the deployment that’s currently happening within the government, and if it continues like that, it means the Health Minister will be the one with powers to appoint and remove anybody.”

TAC also highlighted that between 2012 to 2017, there were 11 NHI pilot districts, but that the government hasn’t released a publicly available report on results from each of the pilot sites. TAC believes this is because the pilot districts have failed.

“And when we asked the former minister where the report on the last five years of piloting NHI is, he told us that those sites weren’t related to the NHI.”

According to Lerato Mphahlele, a national executive member of the South African Union of Students at the Sefako Makgatho Health Science University, the Bill offers a chance for young medical students to diversify their expertise and can help lower unemployment amongst medical students.

“There’s a fundamental need to speak to the health professional sector. We find ourselves, as young people, affected by unemployment. Now NHI presents an opportunity for us to diversify our services and our professional academic priorities to offer services to broader South Africa,” she told OurHealth.

She continued, saying the financial model and referral system of NHI needs to be demystified.

“The financial model of NHI needs to make better sense to us. The NHI must explain how a therapist and a medical doctor are going to work together in a referral mechanism that the government wants integrating within the NHI system.”

“This will also allow us to actually cover unemployment increases, because more young people are going to be of service to the country. We are in support of the NHI but we want the image to speak more to the mechanisms of how health professions will actually get to work together.”

In one of the last submissions for the day at Kagiso public hearings, a pensioner relayed his frustration with the current healthcare system. Hendricks Kgaborone, who is 69-year-old, told the committee he suffers from kidney dysfunction and feels like he is waiting for death, as he has missed several appointments at Chris Hani Baragwanath Hospital simply because he doesn’t have money to go to the hospital.

Dr Sibongiseni Dhlomo concluded the hearing at Kagiso by instructing the province and district directors that no pensioners shall miss their hospital appointments because they don’t have money for taxi fare. He said that district managers need to plan how pensioners are going to be transported to hospital for their appointments. -Health-e News