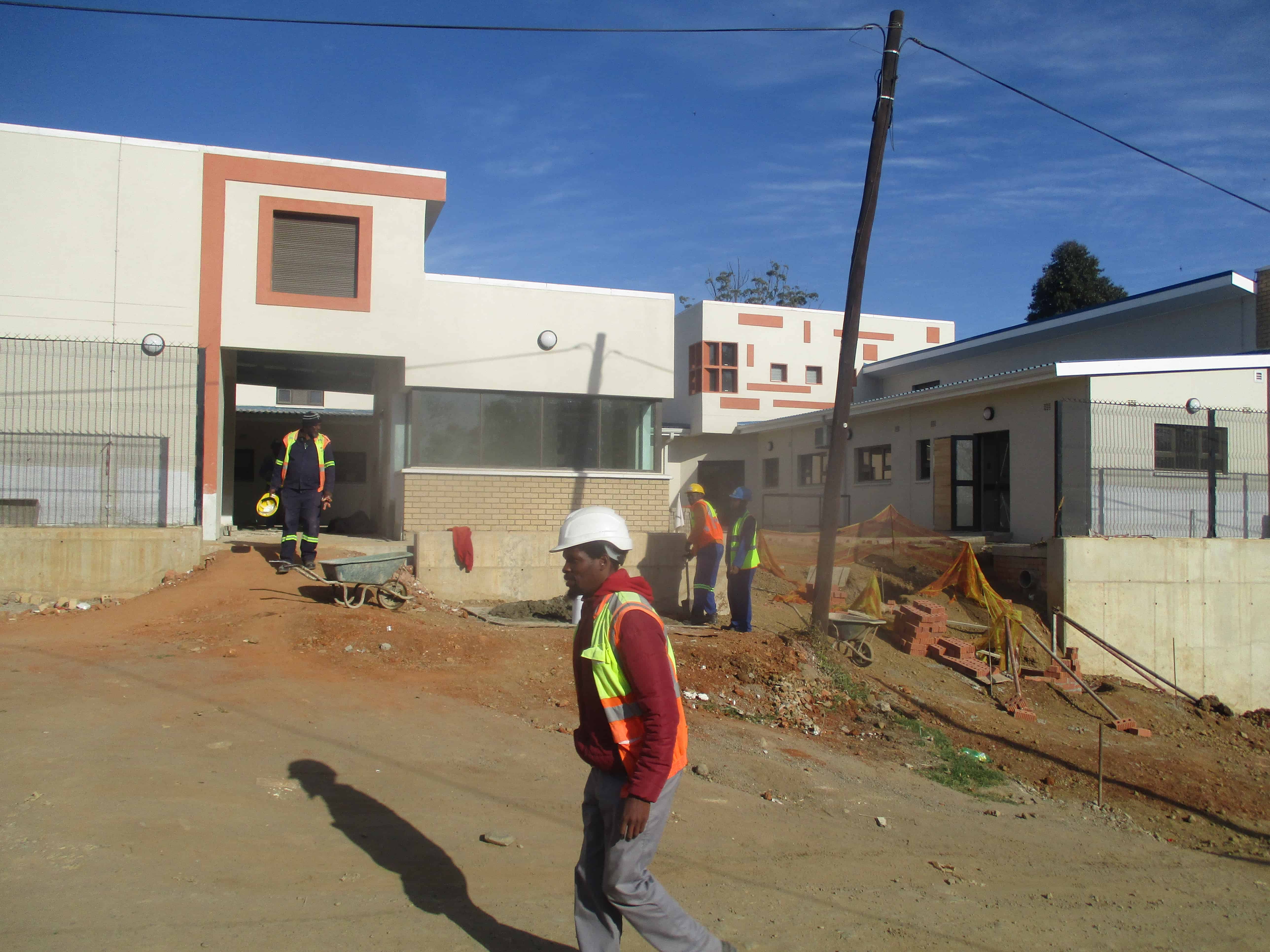 Free State Premier says the province was “disappointed” with the slow pace of construction work on three hospitals and five clinics.

Construction delays on five clinics in the Free State have left health users with some clinics so cold it’s “like a deep freezer” — in the case of the old Rouxville Clinic, which has been earmarked for improved infrastructure.

“The work to upgrade infrastructure at some clinics and hospitals is behind because we were disappointed by contractors who were slow in completing their work. I have instructed the responsible departments to complete the projects in the current financial year,” said Ntombela at the State of the Province Address, held in late February.

In 2016, the local Department of Public Works and Infrastructure (DPWI) was responsible for the construction of Rouxville Clinic, under the expanded public works portfolio. The construction started in 2016, and was to be completed in November 2018.

Four years later, the construction of the clinic is still underway.

Spokesperson for the Free State health department, Mondli Mvambi, says they took over the project because of the Department of Public Works’ “slow delivery”.

“The slow delivery towards completion [of the clinic] led to the provincial executive council’s decision that the Free State health department should complete the project. We have since taken it over and will be advertising the relevant contractor positions to finish it off,” Mvambi says.

However, the public works and infrastructure department maintains it had already finished major works when the project was taken over by the local health department.

“The Rouxville Clinic issue has been referred to the health department. They have their own infrastructure unit which can oversee and implement infrastructural projects. This referral back to them comes after the Departmental of Public Works and Infrastructure started the project. Progress onsite recorded the completion of all major brickwork and roofing of certain structures, including the finalisation of window panels. The Department of Health will proceed where we left off,” said Mlungisi Maqubela, spokesperson for the Free State’s public works and infrastructure department.

Last year, Free State Health MEC, Montse’eng Tsiu said in a budget speech that funding for the Rouxville Clinic falls under infrastructure enhancement allocation, and that R6.6-million has been channeled to the project.

Winter looms at the clinic

Meanwhile, the Rouxville community and the people the clinic serves, are confronted with less than ideal conditions to provide and receive health services. The clinic is cold, especially in winter and on rainy days. Sendra Harvey a community member expressed her dismay at the old Rouxville Clinic, which is still in operation.

“Rouxville Clinic is damn cold and this is really a huge challenge. It’s like a deep freezer. What about our elderly and sick patients? This is totally unacceptable,” she tells OurHealth.