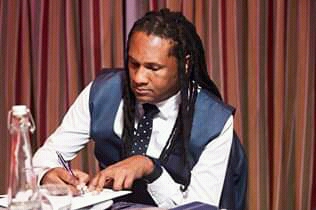 At 13, most boys dream of becoming football stars, musicians or famous actors but Thabo Pelesane discovered that he had pulmonary tuberculosis (TB) in 1989 while he was still at Itirele Primary School in Jouberton near Klerksdorp.

#WorldTBDay: One man’s long — but victorious — battle against TB

“I remember coughing heavily in class and during break time, I was taken to a local clinic which is less than a kilometre from my school. Upon arrival, I was immediately tested and the results came out positive for pulmonary TB.”

He says he was put on treatment. “Each time I took those pills my urine changed colour and my skin was itching. I would skip treatment without anyone noticing, little did I realise that I was cheating nobody but myself.”

“My first exposure to stigma was during break time when me and a group of boys were urinating behind the toilet walls. My urine colour was orange and I became a laughing stock, even to those [who] were not there to see,” says Pelesane.

According to a report released by the World Health Organisation (WHO): “TB is the ninth leading cause of death worldwide and the leading cause from a single infectious agent, ranking above HIV/AIDS. In 2016, there were an estimated 1.3 million TB deaths among HIV negative people (down from 1.7 million in 2000) and an additional 374 000 deaths among HIV-positive people.”

Pelesane explains that some of his family members were also diagnosed with TB and he lost his father due to the illness.

“The sad part is that some of my siblings and both parents, at different times have been diagnosed with pulmonary TB. My niece had multi-drug resistant (MDR) TB and she was admitted for six months [to] Tshepong Hospital in Klerksdorp,” he says.

“[This was] before introducing the DOTS system (a strategy used by government to fight TB), when one person was diagnosed with TB there was no effort to test other members of the family to ensure that no one has been infected too while the patient wasn’t yet on treatment.”

He says 2008 was a defining moment in his life. While walking home from work to he could smell blood in his mouth. “I arrived at home and immediately collapsed. I was admitted to Wilmed Park Private Hospital in Klerksdorp and bronchoscopy results revealed that I had cavities on my right lung [that were the] cause of bleeding. TB tests were done and the results came out positive. I started the treatment again including the Streptomycin for 40 days whist being subjected to eight months of treatment. I then had to make a choice whether I wanted to live or die.”

“More tests were conducted and I was given an appointment for April 2008 for an operation [to remove my right lung]. This was a shocking moment for me.”

Pelesane decided to see a pulmonary specialist from the Chris Hani Baragwanath Hospital who ran further tests on him.

“That day I experienced the grace of God as that specialist told me to go home and ensure that I complete the entire treatment without skipping a day. Today I am glad I have both lungs and ever since that day I have never had TB.”

Pelesane says that in the past, talking about TB seemed like a taboo. But in 2014 he was appointed by the National Department of Health as a national TB ambassador .

“I love my new role as a national TB ambassador where I am doing talks on my favourite subject. [I give talks] about healing and hope. I have appeared on billboards and taxis across the country without any fear of stigma as this was my way of showing gratitude for being given many chances. I have lost many friends and colleagues for defaulting by using alcohol and other substances whilst on treatment.”

In 2019 Pelesane did an inspiring story for men in India on behalf of the Global Coalition of TB Activists. He was also a panellist on SABC show, Health Talk. In 2019, Pelesane became part of a campaign by Médecins sans Frontières (MSF), together with singer Kelly Khumalo, and other celebrities.

“I have a registered non-governmental organisation (NGO) and since 2016 I have been hosting an annual TB Fun Walk in Klerksdorp. It started with 400 people and last year we had just over 3 500 participants. During that event people are being screened, taught facts about TB and stigma.”

When talking about his life experiences, Pelesane says: “I have realised in life it’s not what happens to you that destroys you but how you embrace your experience. You either win or learn. I have learnt to appreciate the gift of life, to protect my daughters, [my] entire family, and my community. I have no one to blame but myself for taking a curable yet deadly disease lightly, I’ve learnt the hard way.” – Health-e News