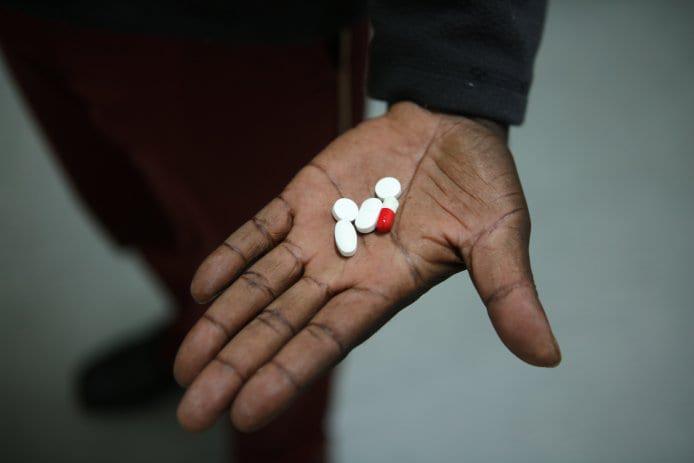 Do TB treatment programmes consider the role of masculinity in society? (File Photo)

With one of the world’s highest rates of tuberculosis infection, South Africa’s approach to fighting paediatric TB needs to be multi-pronged.

#WorldTBDay: TB meds, a bitter pill for children and parents to swallow

Child-friendly tuberculosis (TB) treatment is needed, says a Limpopo mother who fought tooth and nail for her child to get correction medication and not default on her treatment.

Pulane Mangena’s nine-year-old daughter was diagnosed with TB a year ago. Mangena, from Topanama Village outside Tzaneen, says her daughter experienced a severe cough for two weeks prior to being diagnosed at her local clinic.

“She coughed persistently and sometimes she would vomit while at it. At first, I thought it was just the flu and I gave her flu medication. After I saw the flu medication wasn’t working, I took her to the clinic. That’s when they confirmed that she had TB,” Mangena tells OurHealth.

‘I fought with my child so much’

“The difficult task was giving her the medication. She wouldn’t swallow it, and instead spit the pills out whenever I wasn’t looking. This happened for a while until one day I caught her in the act. I then decided to dissolve them in water so she could drink it, but even that was not easy as she’d hysterically cry whenever she had her medication,” says Mangena.

TB activists in South Africa have already vocalised their dissatisfaction with the state of childhood tuberculosis medication. They expressed how difficult the medication schedule is for children to endure, and for parents or care-givers to stick to. In 2018, Global Coalition of TB Activists launched Childhood Stigma and Tuberculosis: Conversations of Resilience in the War against TB, and in it they noted that parents and care-givers struggled immensely with not only the financial impact of their child having TB, but the practicalities of administering the bitter TB medication.

Mangena calls for a treatment that’s tailored to children, as that will help parents effectively give their child TB medication. She says that child-friendly methods include having shorter regimens, which will “reduce the burden on parents, and reduce people defaulting on medication.”

Mangena adds: “I fought so much with my child because of her TB treatment. I had to promise that I would buy her something if she takes her treatment — and that happened every day for nine months. Because I am unemployed, I didn’t fulfil any of my promises.”

While Magena’s diagnosis process was swift, her unawareness about TB, and childhood TB in particular, was also experienced by Johana Sebanyoni. Sebanyoni, from Atteridgeville, Gauteng, didn’t know that she had TB until she went to Kalafong Hospital for her 13-year-old daughter, who was experiencing night sweats, chest pain and extreme weight loss.

“I had a fever at first, and later, my daughter had it too. We were living in pain, not knowing what was going on. We tried all sorts of fever medication from the pharmacy, but nothing helped until we were taken to Kalafong Hospital. That’s where they discovered I had TB and also tested HIV-positive. My daughter tested positive for TB. The doctor said it spread to her because of cough droplets — and sleeping in the same bed was not safe for her,” she says.

“The medication is fine, and parents must get more education about children’s medication. But, ultimately, our duty is to support the parents,” says Sadike.

According to World Health Organisation (WHO), TB remains the world’s deadliest infectious killer. Each day, over 4000 people lose their lives to TB and close to 30 000 fall ill with this preventable and curable disease. According to the latest WHO statistics, in 2018 South Africa had a staggering 301 000 TB infections.

For Ndlela Haward Dlamini, his journey with TB meningitis has left him wheelchair bound and feeling hopeless.

Dlamini was affected with TB meningitis when he was 19 — nearly 20 years ago. He was advised by a nurse, who was a family friend, to get tested because of the symptoms he presented: coughing for more than 2 weeks, weight loss, night sweats and loss of appetite.

‘I didn’t know what was happening’ he says.

“I went to the clinic to get tested, and they found out that I had TB meningitis and was also HIV-positive.I then started taking medication called Rifampin and supplements to boost my immune system.”

Dlamini has lost many friends along the way, and experienced challenges in changing his diet and living differently.

“After 6 months of taking the medication [initially], I went to the clinic to test again, only to find out I still had TB. They continued to put me on TB treatment — this time with an injection.”

Sadike states that although efforts to fight TB in the country are hindered by untraceable patients and defaulters, she is adamant the fight can be won.

“Current challenges of TB in the province are: Patients giving wrong addresses to health facilities, and difficulties in tracing them, migration of patients without noticing their care-givers, TB treatment interrupters or defaulters, unemployment rate and mining industries,” she says.

She adds, saying that it’s only through engagement with communities, civil society organisations and legislators that TB can be eradicated and managed. “We also need to provide health education [to patients] about behavioural changes and adherence to their treatment,” she concludes. — Health-e News