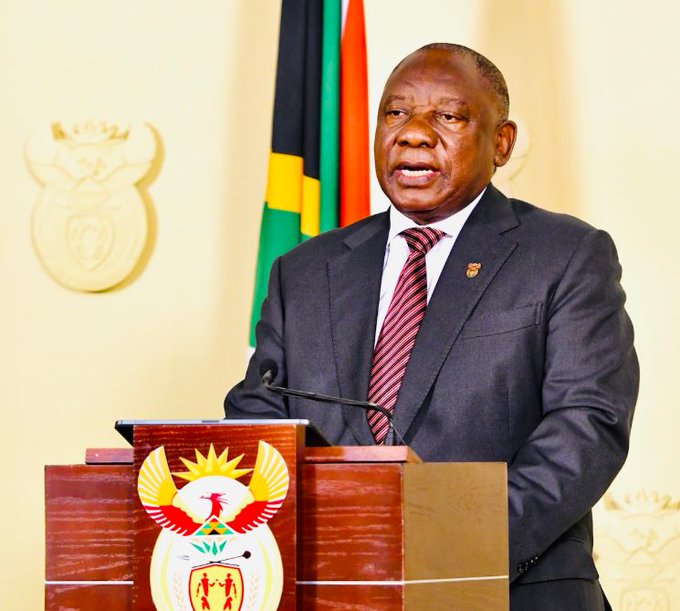 As the government extends the lockdown until the end of April, it has put in place measures to respond to health, economic and social needs.

President Cyril Ramaphosa has extended the nationwide lockdown by 14 days in efforts to fight against the coronavirus (Covid-19).

Speaking at the Union Building on Thursday evening, Ramaphosa said that there is a need for government to prolong the lockdown until the end of April.

“Since the lockdown came into effect, the rate at which new cases have been identified here in South Africa has slowed down significantly from 1170 confirmed cases on the 27th of March, the number of confirmed cases today stands at 1934,” he says.

The president says that data has shown that In the two weeks before the lockdown the average daily increase of new Covid-19 cases was around 42%. Over the past two weeks, the daily increase has slowed down to around 4%.

Ramaphosa says that this period will be used to intensify public health response to “slow down and reduce infections”. This will include working with the Council for Scientific and Industrial Research to keep track of all screening, testing, isolation and hospitalisation throughout the country. The institute is already working on identifying hotspots.

Economic support for businesses and individuals

The president says that efforts to keep businesses afloat include R40 Billon from the Unemployment Insurance Fund to help employees who will be unable to work, as part of the effort to prevent jobs losses as a result of the lockdown.

“I would like to applaud all those employers who have continued to pay their workers during this difficult time, as well as those employers who are working with unions and government to assist their employees to access these benefits,” Ramaphosa says.

The government has also set aside R500 million for small business debt relief and business growth. While it has reprioritised R1.2 billion to provide relief to smallholder farmers.

Ramaphosa says that the government is working on providing basic needs such as water and food to poor South Africans.

“We have also expanded the provision of food parcels and we’ve provided spaza shops with financial support. To date, government has delivered over 11,000 water storage tanks to communities in need across the country, and many of these have been installed. In addition, 1,000 water tankers have been provided for the delivery of water. Several homeless people have been accommodated in 154 shelters,“ he said

More resources for the fight against COVID 19

The president also announced that the Solidarity Fund — which was established to crowdfund resources from companies, organisations and individuals — has so far raised around R2.2 billion.

“It has already allocated around R1 billion to buy sterile gloves, face shields, surgical masks, test kits and ventilators. It will also allocate funds for humanitarian relief to vulnerable households, in addition to the R400 million set aside by the government for Social Relief of Distress grants,” says Ramaphosa.

The president and his deputy, ministers and deputy ministers, as well as Premiers, will be donating a third of their salaries towards the Solidarity Fund over the next three months.

In his capacity as the Chairperson of the African Union (AU), President Ramaphosa reported that he has been communicating with other African leaders on ways to fight the virus on the continent. These talks will lead to the establishment of the AU COVID-19 Response Fund.

“We have reached out to world leaders, even as they struggle with the pandemic in their countries, to assist the continent with essential medical supplies and to support a comprehensive stimulus package for Africa.”

“As we walk this road together, as we struggle to defeat this pandemic, we remain strong and united and resolved. Much is being asked of you, far more than should ever be asked. But we know that this is a matter of survival, and we dare not fail. We shall recover. We shall overcome.” He added. Health-e News