Home » MULTIPLE SCLEROSIS IN THE TIME OF COVID-19 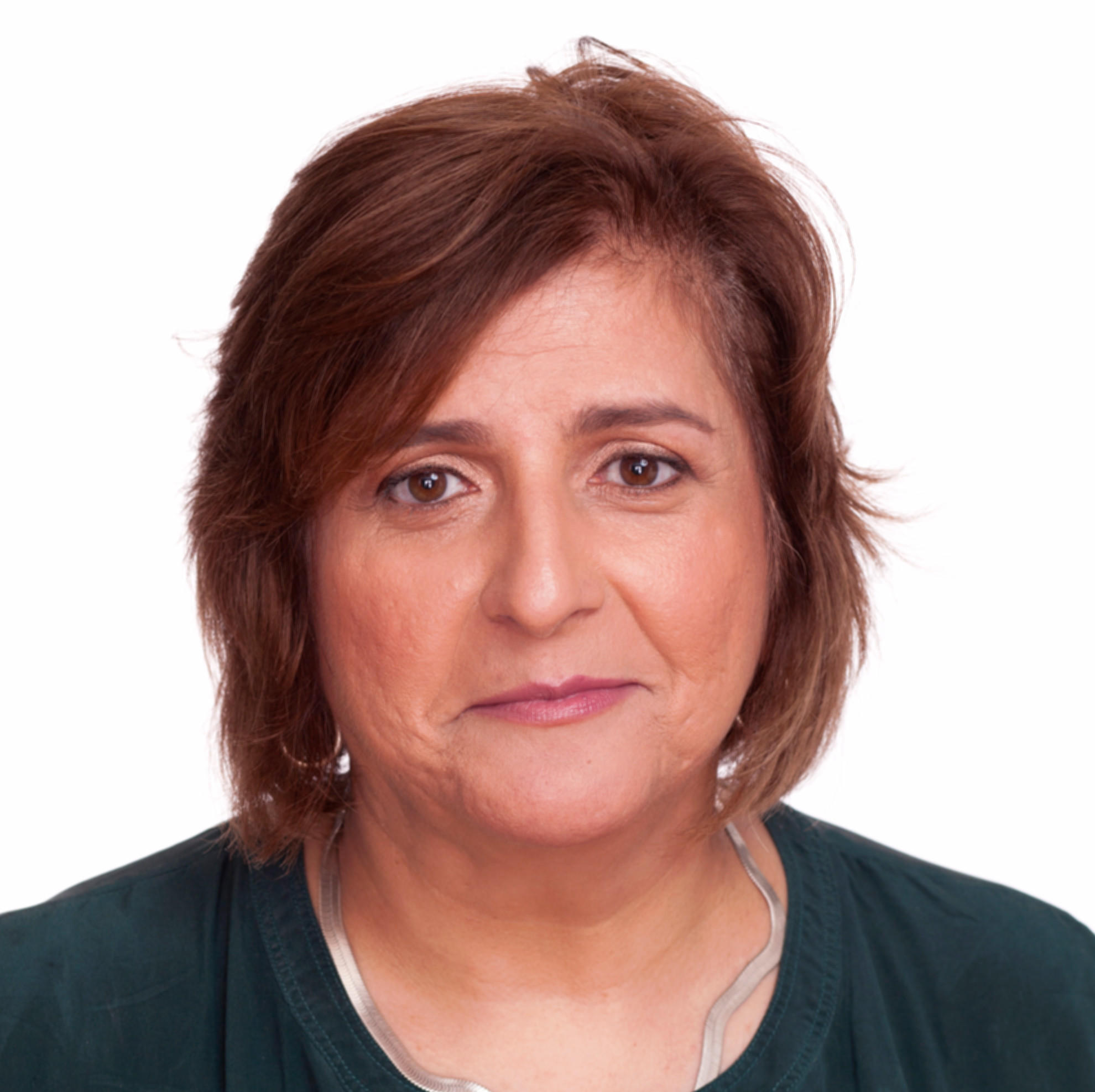 Angela Quintal was diagnosed with multiple sclerosis a decade ago. Today she finds herself living in the epicentre of coronavirus, New York City. This is her story of shutting herself away in the city that never sleeps to stay alive.

If there is one thing that I’ve realized in my almost three-month isolation (and counting) in my Manhattan apartment, it’s that I’m no fatalist.

There’s still plenty that I want to accomplish and I definitely don’t want to become a COVID-19 statistic, one of the more than 101000 people in the United States that have died so far in this pandemic. As I write, there are more than 1,7 million cases of COVID-19 in the United States. There are predictions of a second wave in the Fall and fears there will be a spike in states that have rushed to re-open.

Even before Governor Andrew Coumo put the State of New York “on pause”, a euphemism for lockdown, I decided not to tempt fate and asked to work from home. I knew what was happening in Italy and elsewhere.  I figured that an open plan office and my daily commute on a packed express train was asking for trouble. This was before New York became the pandemic’s epicenter in the US and the “City that Never Sleeps” seemed set to become the “City of the Dead”.

I knew instinctively that it was a no-brainer to self-isolate, even though I had yet to read about the COVID-19 risks for those living with Multiple Sclerosis (MS). This year will be my 10th  since I was diagnosed with Relapsing-remitting MS. I’ve been  blessed  to work and travel extensively with no sign of disability for almost a decade, so I was not about to be felled by a novel coronavirus if I could help it.  I’m currently on Disease Modifying Therapy (DMT) that involves a twice-yearly, three-and-a-half hour infusion of Ocrevus. It  is not available in South Africa and is not covered under my chronic benefit plan back home.  I know, because my annual MRI in late 2018 showed a new active lesion on the brain for the first time in more than five years, signalling that  my thrice-weekly  Rebif   injections were no longer effective.  Discovery refused to authorize an alternative treatment, called Gilenya, available on the South African market for some time and that cost exactly the same.  Working in the US, however, meant that unlike many others in South Africa  I had a fallback option that was more convenient and far less hassle. One that would not force me to take medication that was no longer working.

Being immunocompromised a side-effect of treatment

However, taking Ocrevus also meant that I’m  immunocompromised and susceptible to infections and viruses.  One of its side-effects is a respiratory infection.  I found this out to my cost last year. A mere two days after receiving the infusion I foolishly boarded a long-haul flight from JFK International to OR Tambo and was laid low for a week with an upper respiratory infection. This should not have come as a surprise, as I was stuck in the middle of the economy section in a crowded aircraft for 15 hours with people coughing and sneezing around me. Obviously if that’s  how I was affected then, I’d be a fool to risk contracting the deadly coronavirus. Given that there were fears of a shortage of ventilators, paranoia became my middle name.

I never imagined though that my voluntary isolation would become a long-term exercise in mental wellness and physical health in a city that soon became the pandemic’s epicentre in the US. I was far from prepared when a few days after decamping to my apartment, we moved into an enforced lockdown in a city with more than 8 million people and  a population density in Manhattan of 27346 people per square kilometer, according to the World Population Review. Obviously there was an urgent need  to become more informed so that I could protect myself.

I immediately signed up for a March 20 National MS Society webinar about the impact of COVID-19 for people living with MS.

With the caveat that the situation was evolving rapidly and there was a lack of data, the experts did a good job explaining They stressed that having MS did not increase a person’s risk of developing COVID-19.  However, certain disease modifying therapies may “theoretically” increase risk, said Kathy Costello, the vice-president of healthcare access at the society.

Dr Aaron Miller, the chairperson of the society’s national medical advisory committee, emphasized that  nobody knew yet how any of these disease modifying therapies “specifically impacts the risk of contracting COVID 19 or how one is going to handle the virus once one is infected”.

I also heard that the Rebif injections that I had used for several years to slow down disease progression were “very safe for MS”, but that new cell-based DMTs  like Ocrevus might “slightly increase risk”.

Any complacency went out the window. I vowed there and then  to become a hermit to avoid the apocalypse.

Miller said he personally believed that those taking DMTs should continue to do so during the pandemic, but that one should check with one’s own doctor.

It was only in May that an Italian study, based on preliminary data, found that people with MS may not be at higher risk of developing a severe COVID-19 infection.

Good news until one reads the disclaimer and that the early nature of the data must be taken  into account.

Researchers noted that “evidence is also still lacking to determine how the use  of disease-modifying therapies (DMTs), sex, or simultaneous conditions (comorbidities) affect this patient population’.

After participating in the March 20 webinar, I immediately emailed my neurologist.  Her advice was to delay my twice-yearly infusion due the next month and cautioned me about boarding a long-haul flight home. At the time there were still regular flights to South Africa.   My partner had returned to Johannesburg in early February, but because work was hectic, I thought I would manage just fine on my own and would not feel lonely.

Staying mentally strong while living the epicentre of a global pandemic

Working remotely became the new normal. The sounds of ambulance sirens were incessant and the daily statistics were a grim reminder that COVID-19 was no hoax. I vowed I would not leave the apartment even for a daily walk or to buy essentials. Afterall, my neighborhood had one of the highest rates of infection in the city.  I wanted to be safe, rather than sorry.

I bought an exercise bike and Limm bands to make up for my new sedentary lifestyle and ordered groceries and other essentials online. Unlimited wifi, messaging apps and video conferencing, helped me stay connected even though I was not interacting physically with human beings. I signed up for “The Science of Wellbeing”  dubbed “the most popular course ever “ at Yale University.  It would teach me to be happier apparently. A good start was that it was at least free online.  I watched old movies like “Roman Holiday” starring Gregory Peck and Audrey Hepburn, listened to a multitude of podcasts on a variety of subjects, caught up on reading articles and books, tried to make homemade rusks while homesick and went virtual cycling in cities around the world.

I was adamant that not only would I not contract COVID-19, but that I would look after my mental and physical health and would find that elusive balance between work and time out. I’d be lying, however, if I did not acknowledge that there were days that I hit a low, only to feel guilty that I felt this way, because those I loved were safe; I still had a roof over my head; enough food to eat;  a job that I enjoyed and could still pay the bills in one of the most expensive cities in the world. In just 10 weeks, for example, over 40 million people in the US filed for unemployment, thousands of businesses went under and families are having to deal with the loss of loved ones and not being able to say goodbye because they were not allowed to visit. So how could I possibly complain and feel sorry for myself?

There were several firsts in this so-called new normal, including my first tele-medicine consultation. While it might be difficult to have one’s blood pressure taken or heart monitored via video conferencing, It was convenient and saved time.  I no longer had to trek across the city on public transport, adding another hour there and back for a mere half-hour consultation. I was sold.

The neurologist informed me that the advice given a month earlier had changed and that I could postpone my treatment for up to three months if I preferred. I obviously did not want to risk another new lesion on the brain in my quest to avoid contracting COVID-19. I asked whether it was possible to have Ocrevus administered at home which I thought may be far safer than at an infusion center.

However, I would need blood tests first. I spent two weeks trying to find a lab that would do blood work at home. Those who did offer the service, were not in my health insurance network, so I gave up and decided to find a lab closer to the apartment. Clearly business was booming, phones went unanswered, emails were not replied to and in desperation I phoned the neurologist and asked whether I could do the tests as usual at the medical center.

On the path to becoming a Survivor reality star

After two months, I finally emerged from my apartment for the first time and opted to walk to have the blood tests,rather than risk public transport. It was unsettling.  Streets and sidewalks that once teemed with vehicles and people, were eerily quiet. Non-essential businesses were closed and the majority of those who were walking were wearing masks, although some were selfish enough to believe that not wearing one was acceptable and that physical distancing was for “sissies’.

A week later I was back, the streets were a little busier, but nowhere near the pre-coronavirus frenzy.  The infusion center took steps to ensure people would be safe and could observe physical distancing rules. I rued the fact that I had actually waited an extra month.

So it’s  the eve of World MS Day and here I sit, knowing that on June 1 there will be another repatriation flight to South Africa, but that for obvious reasons I can still not board that Airbus home.

I still do not know when NY will emerge from this nightmare or when I’ll be able to return to the office and whether I’ll have to remain a hermit.  As I wait for direction, I do fear a second wave of COVID-19 and I cannot help but wonder whether I will become my own “Survivor” reality star —  one who just happens to have MS and the will to live during this surreal time. – Health-e News

*Quintal is a former editor turned media freedom activist.  She works for  an independent, not for profit international NGO, that promotes press freedom worldwide and the public’s right to access information.