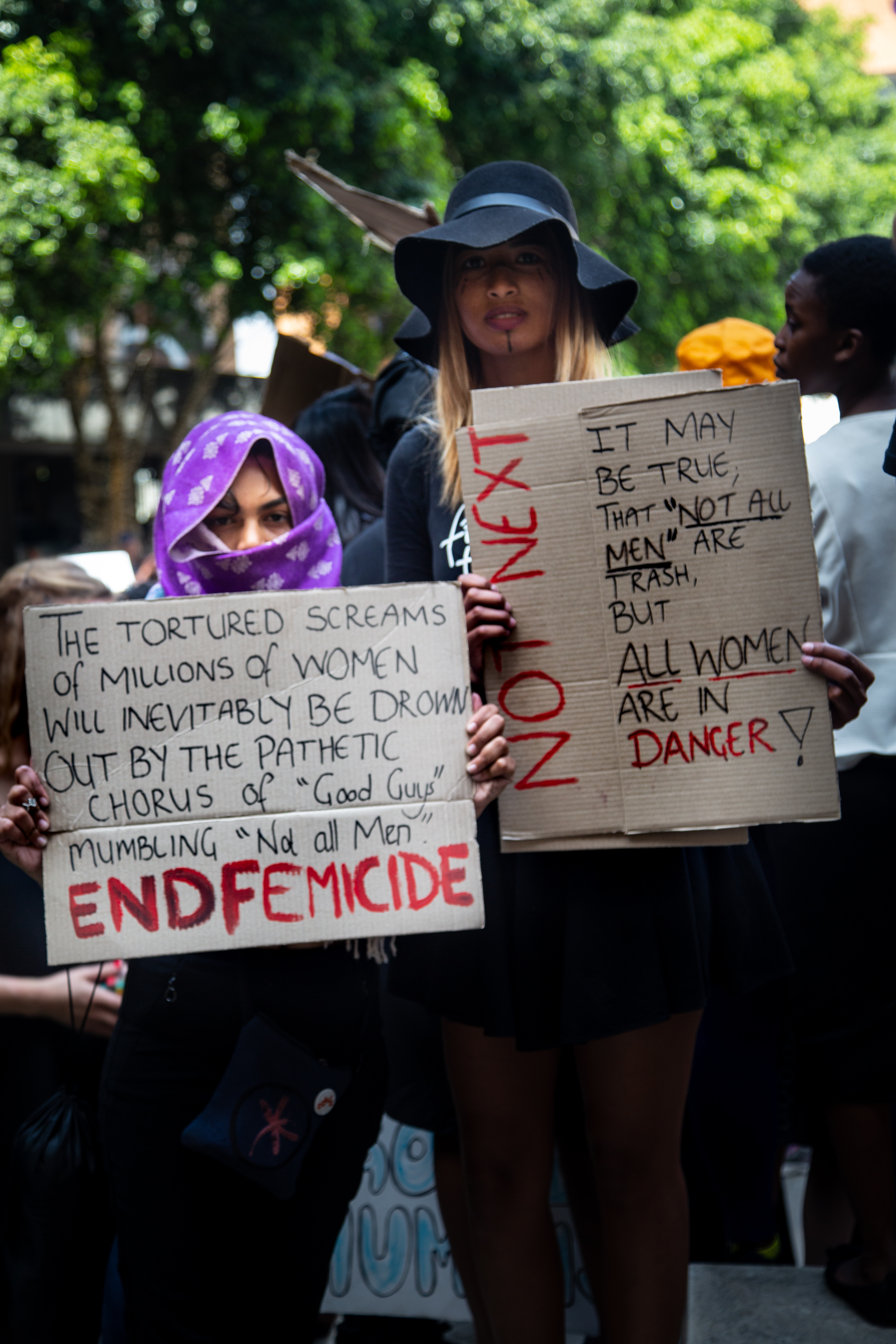 For years, civil society organisations and gender-based violence activists have called on the government to put policies in place to address the staggering levels of violence against women, children and the queer community in the country.

The 132-page document focuses on developing policies, strategies, solutions and funding to combat GBV and femicide over the next five years. The plan involves multiple sectors – from civil society and religious organisations, to the private sector, academic institutions and the government. This ensures accountability, as well as widening the scope of the government’s response.

Advocate Brenda Madumise, director of women’s empowerment organisation Wise 4 Afrika and one of the leaders of The Total Shutdown Movement SA, says that the policy document speaks to the demands that activist put forward during the 2018 Presidential GBV and femicide summit.

“The entire NSP starts from prevention to accountability, coordination and leadership, support and care, economic power, research and data management to laws and policies. It’s everything. We want to make sure there are adequate and effective laws,” she says.

Madumise also says that a vital part of women’s empowerment is economic stability.

“We want to make sure that we empower women economically so that they can fend for themselves and that they’re not in relationships which are toxic because they potentially depend on men. We then have to have strong support and care systems in place to continue to give support when needed.”

During his address to the nation on Cyril Ramaphosa said that the NSP will guide the country’s efforts to combat GBV and femicide. The government’s strategy relies on six pillars, with actionable change associated with each pillar, and the timeline for achieving the goals set out is by the next five years.

The NSP pushes the government to increase capacity and open–up more resources towards the fight against GBV. To that end, President Ramaphosa stated that since December 2019, “10 government-owned buildings have been handed over to the Department of Social Development to be used as shelters, addressing one of the biggest challenges facing survivors who want to leave abusive relationships.”

“Over the last 18 months, we have made demonstrable progress in broadening access to support for survivors,” the President said.

Ramaphosa added that 12 regional courts have been upgraded into sexual offences courts, while about 7 000 evidence collection kits have been distributed regularly to every police station in the country. There are now over 1 000 survivor friendly rooms at police stations.

“Many police, prosecutors, magistrates and policymakers have undergone sensitivity and awareness training, and over 3 000 government employees who work with children and mentally disabled persons have been checked against the National Register of Sex Offenders,” he said.

Certain legal amendments, such as regulations about minimum sentencing in gender-based violence cases, bail conditions for suspects and greater protection for victims of intimate partner violence have been drafted and Ramaphosa urged “our lawmakers in Parliament to process them without delay.”

The President said that R1.6–billion in government funding would be reprioritised to support the plan’s implementation until the end of the financial year.

Madumise, who also contributed to the development of the NSP, says that they are satisfied because the government has committed R8-billion for the next five years.

She says that the plan is a win for activist and one that civil society has been calling for “many years”.

“This has been something that civil society had been calling for so many years. Every time the issues around GBV arise, activists will call out for a national strategic plan so that we know exactly what we’re dealing with, and how we should respond to it right – with adequate resources allocated to fight the fight. For us, it is a victory that that says that we have it, and now it requires implementation.”

Implementation of the plan requires work around the following tenets, taken from the NSP on GBV and femicide:

This pillar focuses on leadership and accountability across government. For instance, the plan says that leadership needs to find expression in the vetting of all public servants, as well as political, religious and traditional leaders who do not take GBV and femicide seriously.

The plan reads that “consistent messaging across government and society that strongly condemns GBV and femicide, and the norms that drive it, through ongoing communications using a variety of platforms, is a critical element of this bold leadership.”

Strengthening delivery capacity in South Africa is another critical element to the NSP on GBV and femicide. This pillar calls for the roll-out of evidence-based prevention programs, which will, in turn, change social norms about gender, abuse and violence.

Measures that shift away from toxic masculinities and towards embracing positive alternative approaches for expressing masculinities and other sexual and gender identities, within specific communities, are encouraged.

The plan also recommends “strengthened programs that addresses the restoration of human dignity, building of caring communities and responds to historic and collective trauma.”

The third pillar’s objective is to enable reliable and quick access for all GBV survivors in criminal justice. Services delivered will be gender-inclusive and will reinforce the capacity of the criminal justice system to address all impunity, effectively respond to femicide, and facilitate justice for GBV survivors.

It also aims to amend legislation related to GBV areas that build on legislative reforms initiated under the emergency response action plan.

By fortifying existing care and support services responses by the state and civil society, in approaches that are victim-centred and survivor-focused, recovery and healing from trauma can be brought about.

This pillar is focussed on the psychosocial wellbeing of the abused and will rely on “strengthened community and institutional responses to provide integrated care and support to GBV survivors and their families,” according to the NSP. These responses will also consider linkages between substance abuse and HIV and AIDS.

The fifth pillar is dedicated to eradicating women’s unequal economic and social position, through access to government and private sector procurement. Factors, such as employment, housing, access to land, financial resources and other income generating initiatives should be prioritised to close this gap.

The plan urges the government and private sector to come on board to create safe workplaces that are free of violence against women and LGBTQIA+ persons, including but not limited to sexual harassment.

Strengthened child maintenance and related support systems to address the economic vulnerability of women. A study by Human Sciences Research Council and the South African Race Relations Institute found that 60% of South African children have absent fathers and more than 40% of mothers in the country are single parents.

Through research and data management, this pillar seeks to understand the extent and nature of GBV and femicide in the country. It proposes the adoption of GBV policies and programming interventions that are informed by existing evidence-based research.

Some research will be looking into the national burden of GBV and most at-risk groups and contexts, while this pillar also aims to develop prevention and responses to GBV. Ultimately, the aim with this pillar is to better understand the relationship between GBV and structural drivers. – Health-e News