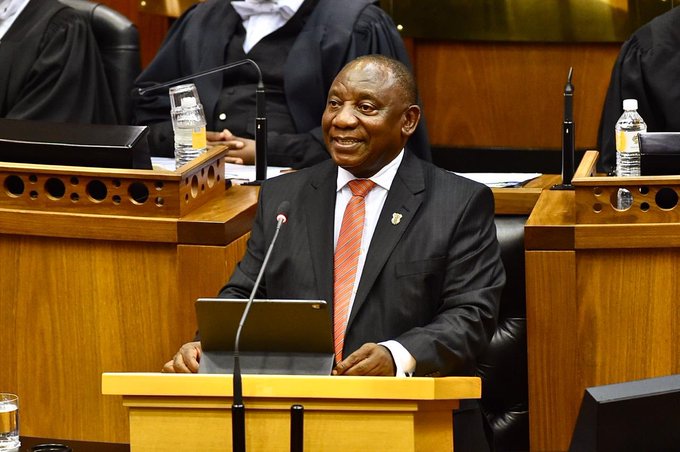 President Cyril Ramaphosa should have grounded his speech around the fight against gender-based violence (GBV) says Brenda Mdumise, the director of women’s empower organisation, Wise 4 Afrika.

Ramaphosa delivered his State of the Nation Address on Thursday night in Parliament. He said that part of dealing with the scourge of violence against women and children was putting in place an emergency plan last October, which saw the government spend R 1.6 billion towards its implementation.

Madumise says  the results of the emergency plan won’t be visible immediately. She estimates that the impact of the plan can be seen in six months. But she says there has been an improvement in the availability of rape kits in police stations since the plan was set in motion.

She says that as a result of the plan there are tougher proposed laws against perpetrators.

Ramaphosa has committed to tightening legislature in the fight against GBV.

“We will amend the Domestic Violence Act to better protect victims in violent domestic relationships and the Sexual Offences Act to broaden the categories of sex offenders whose names must be included in the National Register for Sex Offenders,” he said.

He added that Head of States who are part of the African Union (AU) have “pledged their support for measures to end gender-based violence on the continent, and will work towards the adoption of an AU Convention on Violence against Women during the course of this year.”

But Madumise says that most African countries fail to include adequate numbers of women in governing structures.

“These are countries that have a strong patriarchal posture, and  hoping that these men, who are part of the AU are going to act on the call to end  GBV and empower women is going to be a tall order.”

Progress on the NHI

“In preparation for NHI, we have already registered more than 44 million people at over 3,000 clinics in the electronic Health Patient Registration System, and are now implementing this system in hospitals,” Ramaphosa said.

Many South Africans on social media expressed shock with the President’s figure, public health expert from the University of Witwatersrand Professor Laetitia Rispel explains that this was data collected at primary healthcare facilities over a period of five years.

“There are terminals at primary healthcare clinics. As people come in they get registered on the Health Patient Registration System terminal by clerks. In the last 12 months there has been a larger number of people registered because of the increased placement of terminals in clinics.”

Rispel says there is a possibility of duplication and a need to “ clean up the data”, however, government will be working with home affairs to synchronise the data.

What did Ramaphosa miss

While Ramaphosa touched on the NHI, Rispel says that the president should have also spoken about health workers and accountability.

She says that these two factors are driving the success of the NHI. Human resource places an important role in the delivery of healthcare. Accountability is also vital, especially with the NHI Fund.

“It all boils down to accountability. People want to know what mechanism has been put into place to protect the NHI fund. The health budget accounts for billions of rands and it needs to be protected,” Rispel says. – Health-e News