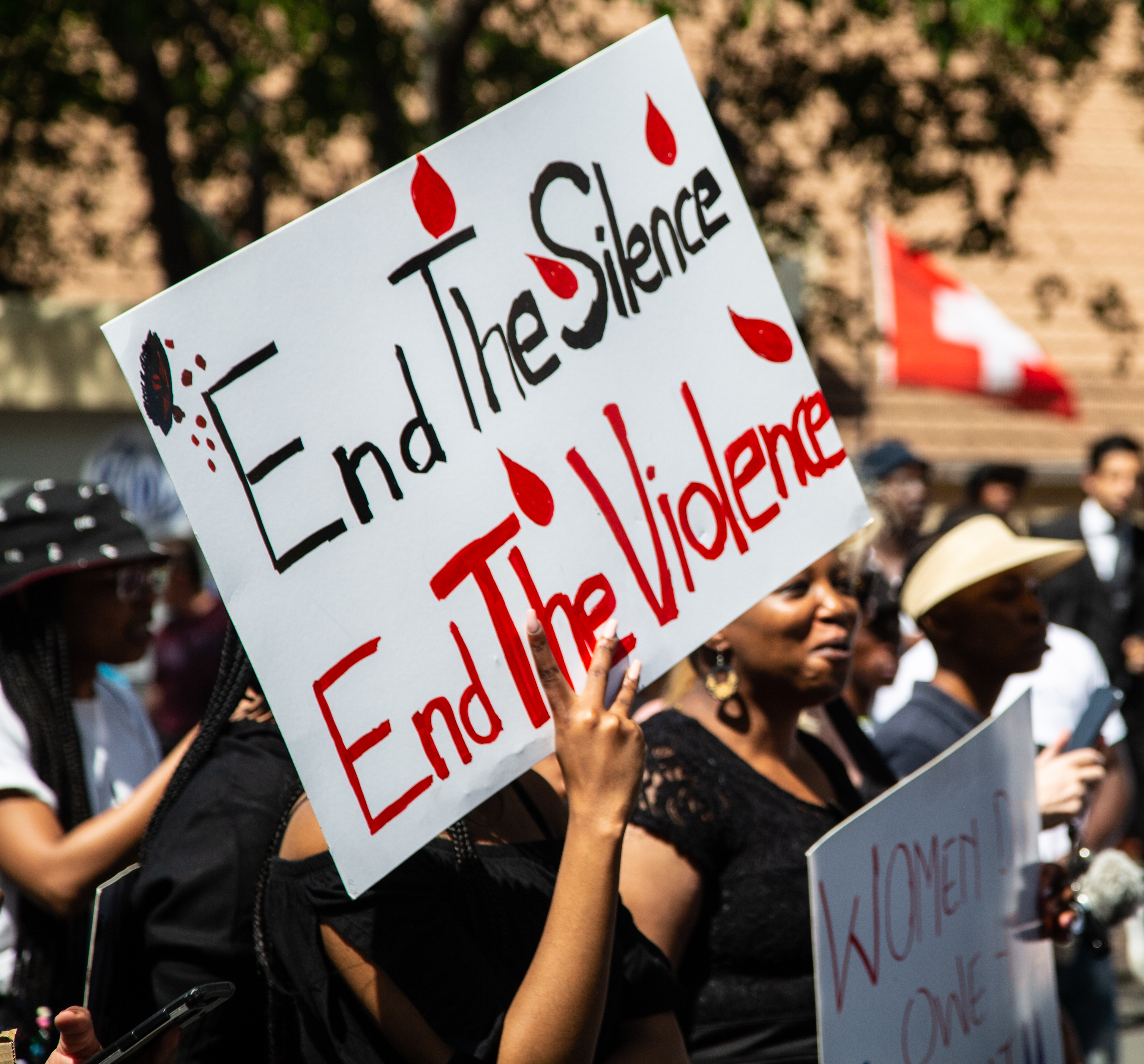 The latest turnaround time and sentencing of perpetrators of gender-based violence (GBV) is a positive indication that the criminal justice system is taking the matter seriously, but activists want government to show its commitment through funding.

The year 2019 could be seen as a year where cases of GBV has finally got the attention that activists had been seeking for years. This especially coming from government and the criminal justice system. Despite these, activist groups say that the sudden quick turnaround time put into cases is not afforded to all victims.

The scales of justice were swift

In October and November, three cases where women and children were either raped or killed made headlines, not just for the crimes committed but also for the sentencing, where all three perpetrators were given maximum sentences.

Convicted rapist Nicholas Ninow was sentenced to life in prison for the rape of a 7-year-old girl at a Dros Restaurant in 2018. In November, convicted rapist and murderer Luyanda Botha was given three life sentences for the rape and murder of UCT student, Uyinene Mrwetyana which he committed in August this year. In the same month, Sibusiso Mpungose was given four life sentences for the murders of his three children and his stepdaughter, which he committed in September 2019.

Campaign fellow at community advocacy organisation, Amandla.mobi, Palesa Ramolefo says that these cases have set a precedent for upcoming cases in terms of sentencing and how the courts of law attend to matters of GBV.

“In that regard, these are positive although so much more can be done in methods of how evidence can be kept and not lost, and many other ways that serve survivors.”

Head of communications for Not In My Name South Africa (NIMNSA), Mo Senne, on the other hand believes that the legal system is mainly influenced by public opinion, especially in cases that receive media attention.

“I think the legal system prioritises cases which place them in the spotlight and where they’re forced to account. The opinion of civil society often forms part of these proceedings. I don’t think it is because they suddenly care about the rights of women and children.”

There is often an outcry that only cases that are publicised in various media platforms receive first priority from government officials and the criminal justice system. This is the sentiment shared by both organisations.

“In my opinion, the sad reality is that cases that are not given publicity like the ones we’ve been seeing on our headlines usually don’t have a quick turnaround. It is not a secret that the courts can sometimes drag their feet in cases of GBV and femicide more especially in low-income communities. All GBV and femicide cases should be treated as priorities,” says Ramolefo.

“The above mentioned is evident with cases which don’t receive media attention. We have perpetrators out on R1 000 bail for shooting their girlfriends in cold blood. Courts decide that the perpetrator is a breadwinner and isn’t a threat to society. They also want to speak about how people aren’t flight risks. That’s a given because no one fears South African law and the justice system enough to flee after committing a crime,” adds Senne.

More needs to be done

Government is criticised for being reactionary to GBV cases instead of being proactive by allocating funding and resources meant for such programmes.

“There is a heightened need from society to respond to GBV, however the community is not capacitated and/or empowered to do so. There’s no solid assistance from government in terms of resources even though budgets worth billions are flying around in the air. There’s reaction to GBV cases, but not enough is being done,” says Senne.

“2019 merely gave public focus to how rampant GBV is, we know many other cases that are neglected and not reported on. GBV is only acted on when there is public attention and this should not be the case. As activists, we welcome the public focus and want to emphasise that GBV is a human right violation and should not be measured by the amount it receives,” explains Ramolefo.

Since last year, President Cyril Ramaphosa has been pledging government’s support to ending GBV and femicide. He took this further by announcing that R1.1 billion to a comprehensive response towards the scourge of violence against women and children. He further specified that the money was not new money, it is from within budget allocations. Something that Amandla.mobi needs further clarity on.

“This means that departments will have to make cuts in their budgets to find the money – something else must give like unnecessary expenses such as catering and extravagant parties. It is not very clear if this applies to all departments or specific departments.”

Amandla.mobi believes that the introduction on a wealth tax for the wealthy, increasing corporate income tax and managing public debt will make the much needed funds available. They also welcome Finance Minister Tito Mboweni’s announcement that the perks received by Ministers, Premiers and MECs would be revisited during his mid-term budget speech.

“It is unthinkable that those who hold office are allowed to live in excessive luxury while women and children are being brutally violated and killed every single day. But over and above those measures, urgently addressing inefficient and wasteful spending by government departments should be prioritised. These funds would make available very significant amounts of money that can be used to serve those of us whose lives are at risk every moment of our existence, ” says Ramolefo.

Ramolefo also says that without an allocated budget, the government’s claims to be making GBV a priority are nothing but empty words.

The NIMNSA wants Police Minister Bheki Cele to live up to his promise that he made at Uyinene’s funeral to revive neglected cases and implement GBV Sensitivity Training for police officials.

“It is also necessary that more than punitive measures to punish undesired behaviour, the justice system must also offer rehabilitation. It is silly to send someone away for 25 years and think they will be able to settle into the community without being a danger to others. Prison turns people into hardened criminals, often worse than before,” concludes Senne. – Health-e News