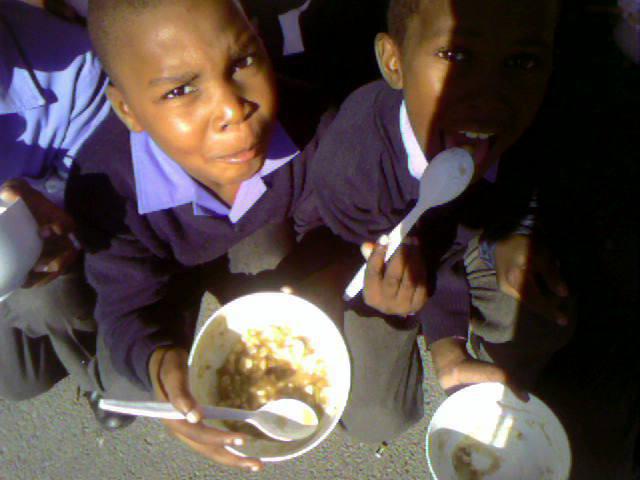 A quarter of children’s hospital deaths are associated with severe malnutrition and with another linked to moderate acute malnutrition, a new report found.

South Africa’s healthcare system is not effectively dealing with stunting, it states. According to the South African Child Gauge 2019, there has been no change in the prevalence of stunting in children in the past ten years. Stunting affects one in four children. It is an indication of chronic malnutrition.

The report is compiled by Children’s Institute at the University of Cape Town was released on Tuesday. The last time a report on children’s health released was in 2009. The 286-page document focuses on how law reform and health systems impact children’s right to healthcare.

The report delves into how South Africa’s proposed National Health Insurance bill could impact the country’s youngest population. It also highlights the causes of mortality in children and adolescents from the ages between 0 and 18.

The major causes of deaths for children under the age of five are preventable illnesses such as diarrhoea, malnutrition and pneumonia, the report found, with neonatal conditions in the lead. In 2002, most deaths were HIV-related — but the introduction of the prevention of mother-to-child transmission programme almost halved these deaths by 2012.

Despite the availability of antiretroviral therapy, one in five children is still dying from HIV-related complications. Additionally, children between the ages of five and 19’s top cause of death we HIV, except in teenage boys, whose interpersonal violence was responsible for one in three deaths, followed by road traffic injuries and then HIV.

The country would need to reduce this number by about 22% to meet the target. To reach this goal, the report suggestions that intervention starts from day one and until the child is chasing the age of three.  For this to happen, the Nurturing Care Framework approach needs to be adopted. This links the healthcare of a child to social welfare and education. The health component includes “breastfeeding support, screening children for malnutrition, screening for perinatal depression, identifying early signs of pregnancy and encouraging early antenatal booking.”

It highlights the importance of good nutrition during these early years.

“Nutrition during the first 1 000 days affects not only a child’s growth, cognition and subsequent school attainment but also impacts on the lifelong risk of developing chronic disease,” the report states.

These prevent conditions like stunting, which organisations such as the World Bank found that it can impact the future productivity and economy of a country.

This is further compounded by an inadequate child support social grant, experts argue.

According to the September 2019 Pietermaritzburg Economic Justice and Dignity Household Affordability Index, the child support grant is set 25% below the food poverty line and 26% below the cost to secure a basic nutritious diet for a small child aged between 10 and 13 years. The grant is a fixed value and doesn’t increase as a child grows older.

“It costs about R600 per month to buy a nutritious balanced diet for a child, so the child support grant is only enough for two-thirds of a healthy diet for the child, if all the grant money is spent only on food for the child,” Dr Stephen Devereux, co-director of the Centre for Social Protection Institute of Development Studies, told Health-e in October.

As part of creating a healthcare system that works for children, it is important that issues of doctors and nurses’ shortages be addressed. The document states that there is a need to capacitate the system with health workers who will drive good services to the country’s youth. While younger children who are dependent on their parents or guardians are more likely to access healthcare services.

It is more challenging to get adolescents to visit healthcare facilities, especially boys from the ages 15 to 19. A recent study found that teenagers in this age group who are HIV positive are less likely to initiate HIV treatment once they discover their status. This is because the conventional way of accessing healthcare is not youth-friendly, the research found. It recommended that there should be the creation of more youth-friendly healthcare centres.

A sentiment that the report echoes.

“Health services require champions for children who are able to promote the needs of children; unite and lead the child health workforce.” – Health-e News