Home » World Food Day: The struggle to survive on a child support grant

According to experts, South Africa needs a specific law that deals with the right to food and good nutrition to ensure that families, especially children, don't go hungry. (File Photo)

South Africa’s child support grant — introduced in 1998 and currently at R420 a month — intended to improve the wellbeing of young children by reducing malnutrition. Over 20 years later, that is not the case.

World Food Day: The struggle to survive on a child support grant

It’s really hard but I try to make ends meet from my grandson’s grant,” says Nonosisi Maseko (58) from Vosloorus informal settlements in the East Rand. “He is [in] Grade one. I pay school transport R250 per month, and then we buy food from that money. We don’t have any other income in this house.”

According to Maseko, she can afford 5kg maize meal, a 2-litre cooking oil, 10kg of potatoes and a sunlight green bar soap which they use for bathing and laundry. She buys food so that they can eat and doesn’t consider the nutritional value.

“What matters is going to bed with a full stomach.”

Just a block away from Maseko’s house is Ntombizanele Mbuweni. She is a single parent and supports a family of five from one child support grant.

“We sometimes go to bed on an empty stomach,” she says. “Especially towards the end of the month.”

She points to a container of macaroni. “This is what I buy to sustain ourselves for the month.”

How is the social grant helping people get nutritious food?

According to the September 2019 Pietermaritzburg Economic Justice and Dignity Household Affordability Index, the child support grant is set 25% below the food poverty line and 26% below the cost to secure a basic nutritious diet for a small child aged between 10 and 13 years. The grant is a fixed value and doesn’t increase as a child grows older.

The latest food poverty line — released in April 2019 — calculated by Statistics South Africa (Stats SA) is R561 per capita per month. “This refers to the amount of money that an individual will need to afford the minimum required daily energy intake,” says the organisation.  Yet the Household Affordability Index shows that in September 2019 it cost R569.86 per month to feed a small child aged between 10 and 13 years a basic nutritious diet.

Dr Stephen Devereux, co-director of the Centre for Social Protection Institute of Development Studies explains how the cost of living can lead to malnutrition.

WATCH: A single mother of two shares her story about how hunger impacts her children’s lives 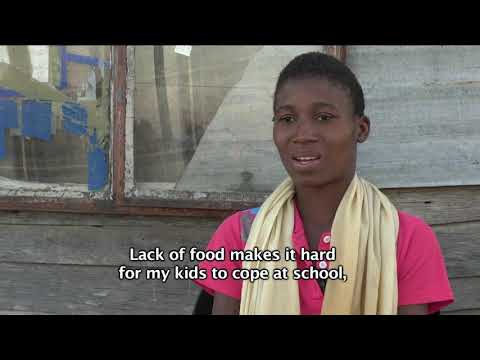 “It costs about R600 per month to buy a nutritious balanced diet for a child, so the child support grant is only enough for two-thirds of a healthy diet for the child, if all the grant money is spent only on food for the child,” Devereux explains.

“But in reality, the grant is collected by an adult in the family, usually the child’s mother, and it is spent on many needs — not only food, and on other family members, not only the child,” he says. Devereux says that families that survive on social grants have to ration their consumption of basic needs, including food.

He further explains: “So they often go hungry, especially at the end of the month before the grants are paid. Indicators of malnutrition, such as stunting are higher in poor households than richer households.”

South Africa’s latest Demographics and Health Survey, which examined more than 11 000 households across the country, found more than a quarter of children under the age of five are stunted — their development and growth is impaired — mostly because of poor nutrition.

The survey also found children from poorer families are more likely to be stunted than those from wealthier families.

Expanding the grant to pregnant women

Grow Great and other like-minded organisations are advocating strongly for South Africa’s Department of Social Development to introduce a maternity support grant. The provision of a cash grant to poor and at-risk women during pregnancy would be aligned with the aspirations of South Africa’s National Development Plan (NDP).

According to Dr Kopano Mabaso, executive director of Grow Great, much of the vulnerability to stunting begins during pregnancy and in the first few years of life, when most of the brain development is happening and when pregnant women and young children need access to nutritious food filled with the micronutrients necessary to build healthy brains.

“South Africa currently does not make provision for any form of income support for poor women in pregnancy, a time of increased financial vulnerability for the majority of South Africa’s women,” Mabaso says.

From our archives: How this man feeds his family of eight with a social and disability grant 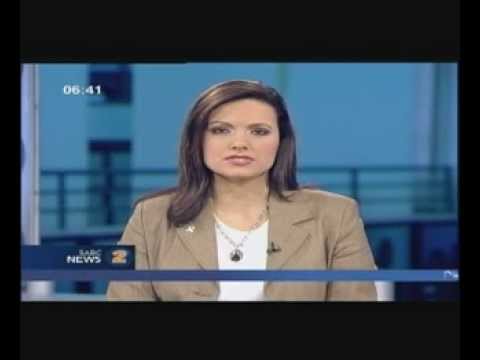 Expanding the child support grant into pregnancy would go a long way in reducing the risk of stunting by enabling women to access the increased nutrition demands pregnancy places on expectant mothers, she argues.

“[It will also] enable them to attend the eight prescribed antenatal care visits that are critical to ensuring that the pregnant mother and unborn child receive the required clinical care, medication and support during pregnancy.”

She tells Health-e News that reducing food insecurity in pregnancy would contribute to reduced maternal depression, which research estimates affects a third of pregnant women. It has also been shown to have adverse effects on infant growth, brain development and maternal-infant bonding and attachment.

“The child support grant is successful at reaching large numbers of children and reducing the effects of poverty, but it’s not designed to support maternal nutrition needs nor is it sufficient to support the basic needs of children,” Mabaso says.

South Africa identified expanding social protection into pregnancy as a policy aspiration in the NDP is commendable, she adds, but it’s now time to move from aspiration to action.

“We must ensure we protect all children’s right to enjoy a future free from the injustice of nutritional stunting by expanding the child support grant into pregnancy.”

According to Professor Ebenezer Durojaye, head of the socio-economic rights project at the Dullah Omar Institute at the University of the Western Cape, the levels of malnutrition in South Africa, is an indication that the government is not doing enough.

About 2.5 million young children in the country live below the food poverty line. This means that these children, Durojaye says, live in households where there is insufficient money to cover their basic nutritional needs, putting them at risk of stunting.

“On paper it would seem the government is doing well. But in reality, this is far from the truth, because all these programmes and policies have not translated into a positive impact on the lives of the people,” Durojaye explains.

“Due to poor or ineffective implementation, the right to food remains unrealisable for many South Africans. It is clear that beyond these [feeding] programmes, government needs to redouble its efforts in ensuring their proper implementation on the ground.”

Durojaye says that because there are various government departments handling issues relating to food, there is fragmentation in activities and policies. Currently, the departments of social development, education, health, rural development and others are involved in implementing the food programmes, which he believes is the reason coordination is sometimes difficult.

According to Durojaye, South Africa needs a specific law that deals with the right to food and good nutrition.  This will ensure that families like the Masekos and Mbuwenis are not stranded for food as month-end approaches which leads them into desperate circumstances.

Mbuweni says she sometimes goes to the nearby grocery store to get expired rolls to feed her children.

She steps outside her home and points to a giant nylon sack full of boxes.

“I also sell boxes to the nearby scrap yard where I only make not about R70. It depends on how many kilograms it is.” – Health-e News