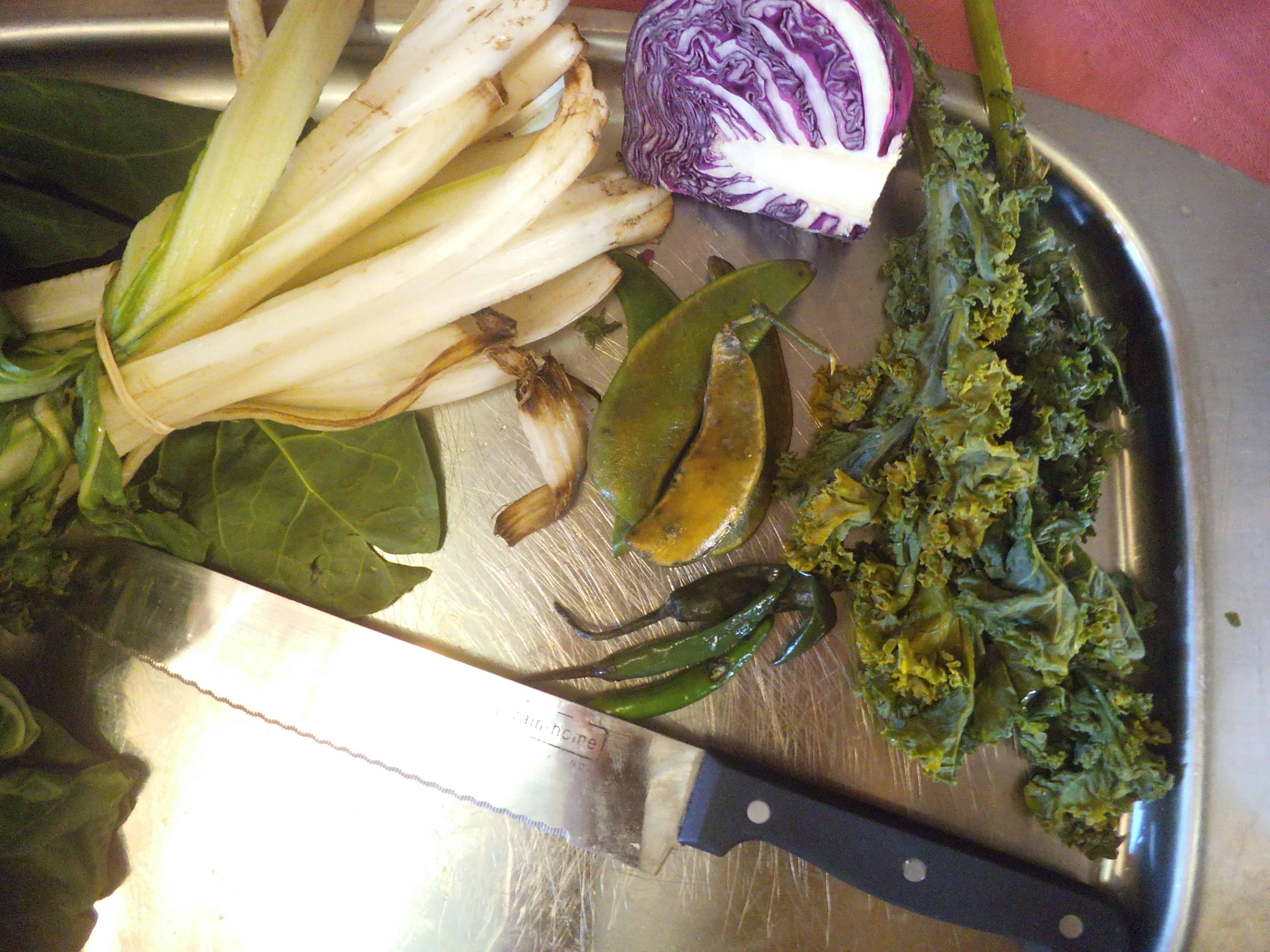 Some of the rotten vegetables found from the Zibula family fridge. Photo: Sandile Mbili / Health-e News

Eating putrid vegetables has become a norm for the Zibula family from KwaZulu-Natal and they don’t see the harm in doing so.

Sibongile Zibula is the only breadwinner in her family of five and she’s working as a domestic worker. She says her family’s situation is so dire, they sometimes eat rotten vegetables, which she takes from her workplace.

“I have been taking most the vegetable from work when my boss asks me to clean and defrost the fridge,” Zibula says. “She lives alone and she buys all kinds of fruits and vegetables and some she doesn’t even eat. Eventually, they go off in the fridge [and] then she would ask me to get rid of them. I usually take it home [to] cook.”

According to Statistics South Africa “the poverty gap (the distance away from the poverty line) and the severity of poverty measures were larger for female-headed households compared to households headed by males”.

Zibula says her family has been eating the spoilt food for so long, it has never crossed her mind that eating these vegetables can be a health hazard.

“It’s not that I don’t buy fresh vegetables and fruits from the supermarket. I do buy potatoes, onions, cabbage, chillies, beetroots and butternut. [I don’t buy] spinach, lettuce, green beans, peas, carrots, mushrooms, green pepper, but I take [it] from work. It has never done any harm to my family.”

Some supermarkets in the area are also allegedly mixing fresh produce with old food they don’t want to throw away. Busi Ngcobo*, who works at a local supermarket in Kloof, says some of their customers have been consuming wasted food unwittingly.

“I have worked at the fruits and vegetable section for 10 years and if we find rotten vegetables or fruits in the piles, we mix them together with the fresh ones because we were told by our managers to not throw anything away so that we’re able to reach targets at the end of the day,” she says.

Health practitioner, Dr Siboniso Lamula, says eating rotten and expired food can cause food poisoning leading to serious harm. Lamula says it’s not easy to determine what kind of illness a person has if he or she is continuously eating rotten food.

“Vegetables are meant to reduce risk of chronic diseases but [those that are] rotten, [have] black spots, [or have] shrunk can all lead to nausea, diarrhoea, vomiting, and dizziness.

Nutritionist Zanele Mkhize says people shouldn’t let their fruit and vegetables dry in the fridge or rack because that is when it has lost its nutritional value.

“Rotten means it is no longer meant to be eaten but [rather] used for fertilisation in the garden. Besides, it smells and tastes terrible. And if you put it in your stomach, [then you’ll experience vomiting and stomach-aches],” says Mkhize.

She encourages everyone to eat their vegetables while they are still fresh and avoid spoilage if they can. – Health-e News