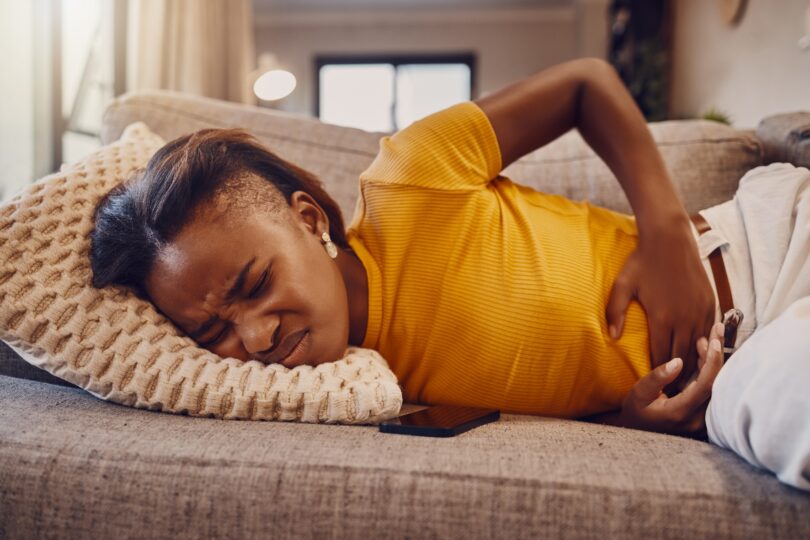 A mother describes her daughter's anguish after suffering from severe endometrisosis symptoms for years. (Photo: Freepik)

A mom from Cape Town described her teenage daughter’s experience of endometriosis as a rollercoaster ride with the young girl experiencing harrowing levels of pain.

Shuneen Adams, the mother of 19-year-old Alicia Van Wyk, shared their story which started when her daughter was only 14. For five long years, Alicia struggled with endometriosis and received no help from government facilities.

“She was once diagnosed but later, her symptoms multiplied and I had no idea what it was. I just thought eventually, the pain will go away. But as time goes on, I realised that this is not normal. My daughter started to feel indescribable pain, fever, fainting and what felt like cysts,” said Adams.

Adams continued: “It has been such a rollercoaster getting my daughter the help she needs. Often, we’re met by rude medical staff who don’t care at our local health facilities: Greyton Clinic and Caledon Hospital.”

According to the World Health Organisation (WHO) the variable and broad symptoms of endometriosis mean healthcare workers do not easily diagnose it and many suffering from it have limited awareness of the condition. This can cause a lengthy delay between the onset of symptoms and diagnosis.

Currently, there is no known cure for endometriosis, and treatment focuses on controlling symptoms.

“My daughter’s life is passing her by and she’s not able to enjoy it. She often pleads with me, saying something is different and that something is happening inside of her. Alicia can’t bear the pain,” she said.

Adams said Alicia was forced to resign from her first job because she was unable to work for two weeks. She was often not well enough to work at frequent intervals.

“She went to the doctor, clinic and hospital to get sick notes but eventually decided to stop working because of pain.  Even in school, it was like this but back then, she could manage the pain,” said Adams.

Alicia has also had to put her university plans on hold until next year. This is a major blow since she’d been accepted and obtained bursaries. But due to her condition, she feels she cannot proceed with her plans until she has the young woman is unable to leave home until her condition is sorted out.

“We have been going to private doctors to get second and third opinions and they’ve all given us letters recommending she sees a specialist and surgery to remove cysts on her ovaries,” Adams said. “But the clinic and government doctors say private doctors cannot make referrals to them.”

“Sometimes I ask myself how is this fair, how can they be so cold and have no sympathy?”, said Adams.

“She has struggled to get a referral to the gynaecological department at a government hospital for five years. We then went to a private doctor and paid dearly for a scan, something the others never bothered to do,” she added.

Adams said that the doctors were shocked by a mass growth of cysts on Alicia’s ovaries. “It was a big cyst, 7 x 5cm, far above the normal size. They couldn’t believe it that she’d been suffering so long.”

“I can only imagine how girls in poorer communities suffer because they cannot afford trips to the pharmacy or seek private medical care. Watching your 19-year-old girl cry from pain is not normal. Overdosing herself on painkillers is not normal.  Enduring paralysing, crippling pain ten times worse since it all started, is not normal. Fainting and constant dizziness is not normal. And neither is vomiting nor a hardened pelvic area.”

Adams said that is why she is telling her story – to raise awareness about endometriosis. Not just the physical pain, but also the emotional stress and turmoil it causes. She believes the condition is not getting enough attention from South Africa’s public health system.

My Endometriosis is kicking my ass the last couple of days. It’s been a long time since I’ve felt this bad. If you experience the symptoms below, go to a doctor and tell them it’s not normal. 1 in 10 women have #endometriosis and it needs diagnosing asap! pic.twitter.com/ajcUxBh9F8

Fertility and women’s health expert, Dr Andrew Orr, said it’s not known how endometriosis starts, but what is known is that it is driven by estrogen and usually originates from the mother’s.

“A few women feel like they have done something to cause their endometriosis which is not true,” said Orr.  There is so much misinformation about many gynaecological conditions, and endometriosis is right up there. This is why many women who have endometriosis are so often missed and often misdiagnosed.”

He explained that the diagnosis of endometriosis can be quite complex, especially when relying on symptoms.

Adams, meanwhile, said after pressuring Caledon Hospital, the facility finally agreed to book a specialist for her daughter. The appointment has been scheduled for 6 December. A private facility could have seen her on 20 September but the family cannot afford the fee.

“We don’t have money anymore. We have paid a huge amount for private doctors, and private specialists to try and figure out what was happening with my daughter. Even though I am grateful for a date for my daughter to see a specialist, I am still angry at government facilities for taking this for granted for so long,” said Adams.  – Health-e News