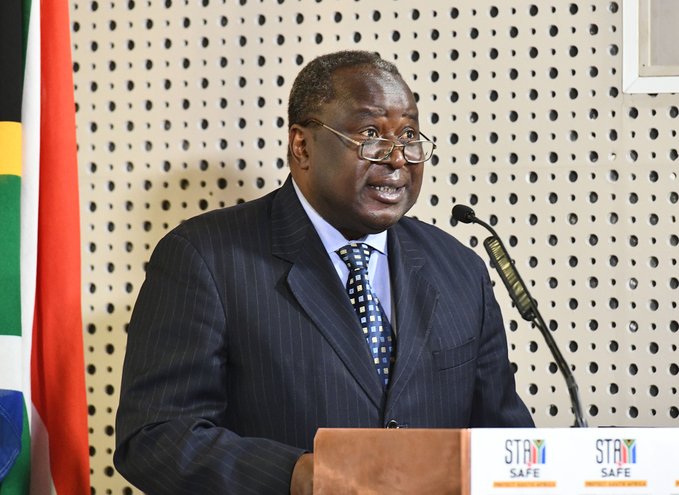 Finance Minister Tito Mboweni has tabled a supplementary budget on Wednesday afternoon as the country’s response to Covid-19 pandemic including a boost for local health.

Mboweni says the reviewed budget aims to adjusted budget sets out “a roadmap to stabilise debt, by improving our spending patterns, and creating a foundation for economic revival.”

It also proposes a further allocation of R12.6 billion to services fighting the pandemic. The minister says that these allocations had been informed by epidemiological modelling from the national health sector Covid‐19 and the country’s experiences over the past 100 days. He added that the part of the money will go towards increased screening and testing.

Furthermore, in preparation of the “expected peak in infections”, Mboweni says Covid-19 bed capacity has been increased and now amounted to more than 27 000 beds in healthcare facilities.

Government has identified 400 quarantine sites with a capacity of around 36 000 beds across the country and deployed nearly 50 000 community healthcare workers for screening. So far, over 1.3 million people have been tested for Covid-19.

According to the supplementary budget document, of the R21.5 billion reprioritised to public health services, about R16 billion has been allocated to provinces and R5.5 billion to the national Department of Health. A new R3.5 billion Covid-19 component has been added to the HIV, TB, malaria and community outreach grant.

The Minister says government has agreed to lower tariffs with private hospitals to support the public sector’s capacity.

The minister announced over 18 million people have received a temporary Covid‐19 grant.

“The roll-out of the short‐term Special Relief of Distress grant will temporarily support those without an income. An additional 1.5 million people have received these already. To support vulnerable households an additional allocation of R25.5 billion to the Social Development department is proposed, for a total relief package of R41 billion,” he says.

According to the budget document, more than 12,8 million guardians will receive the child support grant with the baseline of R445 and the top up of R300 per child for the first month and R500 per caregiver for the rest of the period. While over 3,6 million elderly people have been given a top-up of R250 in addition to the social relief grant of R300 which is expected to serve R8 million beneficiaries.

The special grants will come to an end in October.

Mboweni says other funds in the department of social development will be reprioritised to fund the appointment of close to 1 800 social workers in order to provide psychosocial services to people affected during the pandemic.

“Let me pay tribute to the South Africans who through their actions have protected the health and lives of their fellow citizens. They show resolve to go through the narrow road. Their government is ready to follow their lead.”- Health-e News