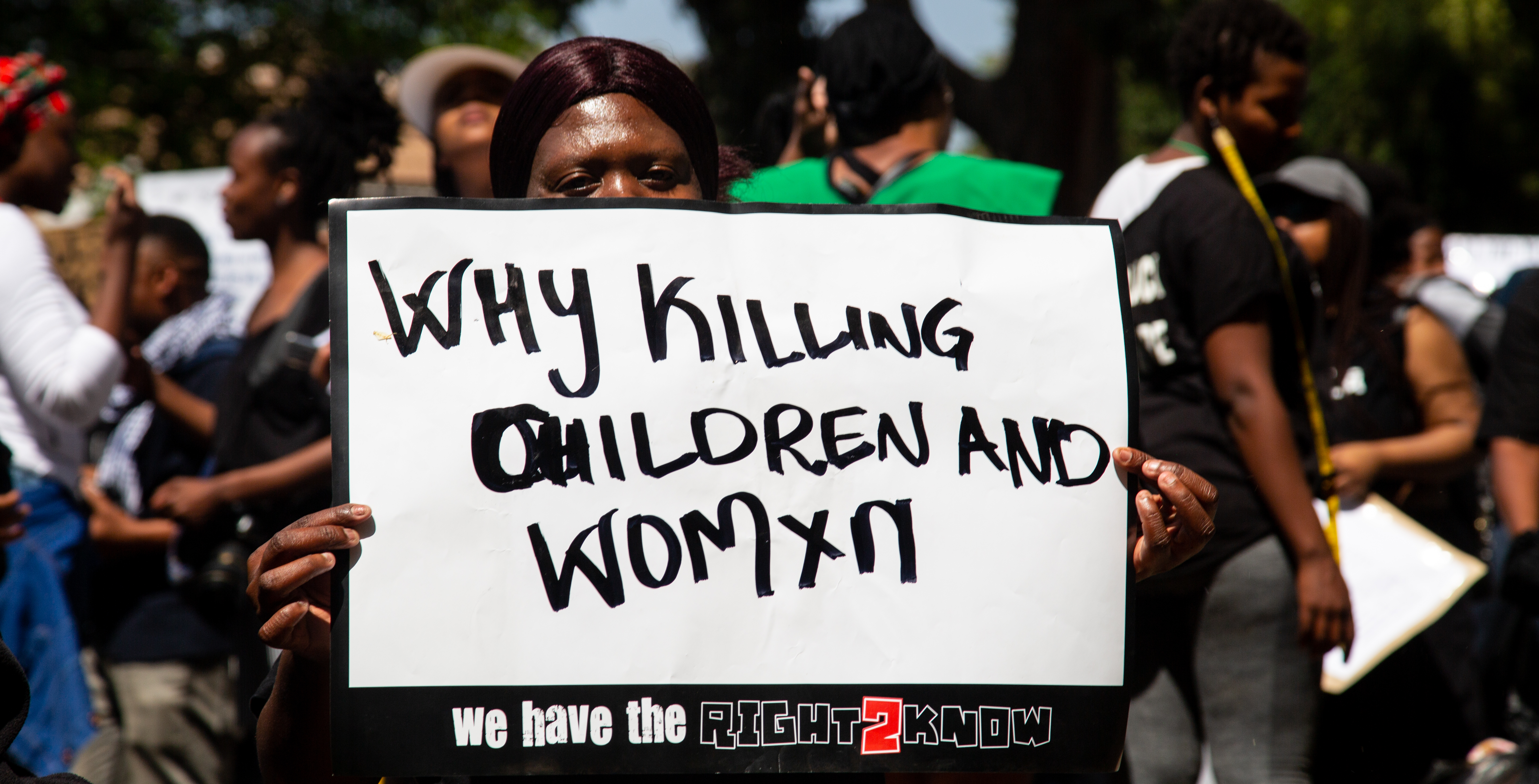 Mandisa Khanyile, Rise Up Against Gender-Based Violence founder, sheds some light on the chronology and intention of the national strategic plan on gender-based violence and femicide.

When women gathered around the country to march against gender-based violence (GBV) and femicide in August 2018, it was because women are “only taken seriously in August or in the 16 days against violence against women and children,” says Mandisa Khanyile, Rise Up Against Gender-Based Violence founder.

Khanyile was speaking at the Call to Action 12-part series webinar that assessed the drafting of the national strategic plan (NSP) on GBV and feminicide.

It started with the Total Shut Down Movement, which rallied women across the country and in some part of the world in solidarity against the high number of GBV and femicide cases in South Africa. The movement sought action from the government that would aid in combating GBV and put forward 24 demands in their memorandum.

“It was 24 years since the dawn of democracy and we’re talking about why, since 1994, women have not really experienced freedom because gender-based violence has been forgotten in the national conversation around reconciliation and healing. And so, 24 demands for the 24 years that women have not been free,” Khanyile says.

“It hasn’t been doom and gloom all the way,” says Khanyile.

Khanyile says that the deadlines set out in the 24 demands were never met. Some other demands were completely ignored and are also silent in the GBV national strategic plan.

She says that there is a lack of consistent sentencing for GBV cases and no provision for state-funded legal aid for survivors.

“Demand 20 remains elusive, we are not naming and shaming delinquent officers and police stations. In December 2019 a 365-day campaign against GBVF was launched and subsequently died with the bang it came with,” she says.

But Khanyile says that the webinars are vital to carry the work of the NSP forward.

“We left the women of this country behind in the process to some extent and that is why this 12-week journey is so important.”- Health-e News