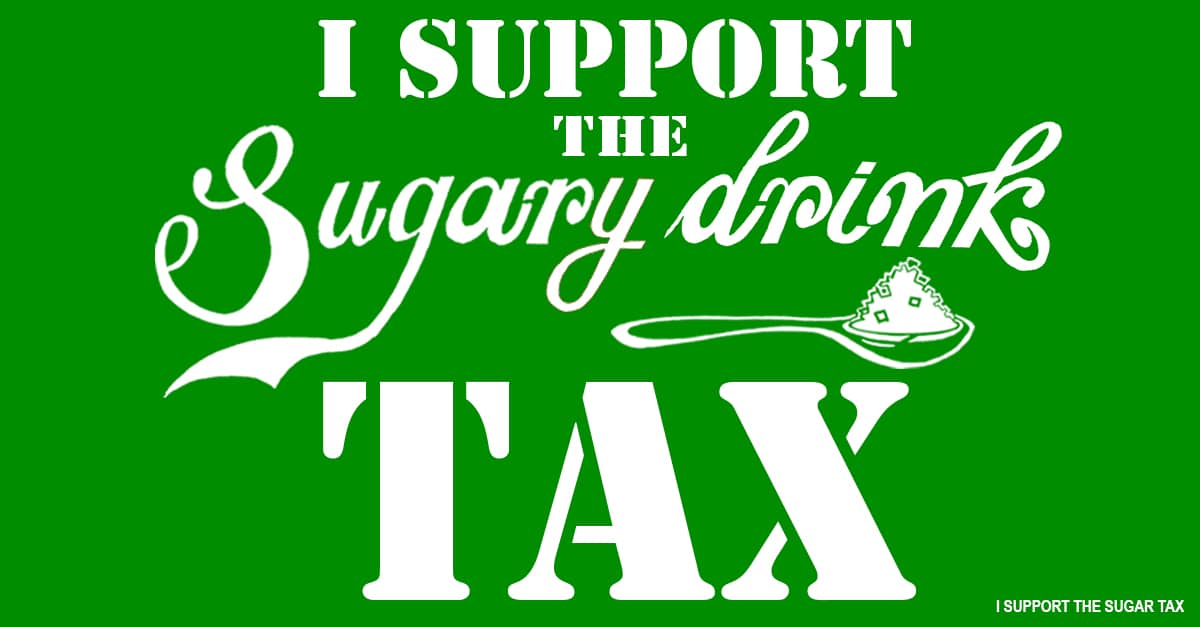 The new study, published in the scientific journal Nutrients, found that the mass media campaign not only significantly increased people’s knowledge of the risks of obesity and the health harms of sugary drinks, but also their concerns about obesity and associated diseases like diabetes.

The research was conducted in late 2019 and also found that the majority of South Africans believe obesity, and associated non-communicable diseases (NCDs), are a major problem.

Per the journal article, South Africans strongly support government to act quickly to address the problem of obesity in the country, by implementing or strengthening policies including taxes on sugary drinks and front-of-package labels warning consumers if products are high in fats, salt or sugar.

According to Healthy Living Alliance (HEALA), to-date, no other study has evaluated the effectiveness of mass media campaigns on the health harms of sugary drinks in South Africa, where increased consumption of sugary drinks has been associated with increased obesity rates.

Key findings of the study include:

Kerry Cullinan, former Managing Editor at Health-e News and campaigns manager says that, “as advocates committed to fighting for policy-driven strategies to stem the growing tide of life-threatening diseases, it is encouraging to learn just how much the public wanted government to protect them.”

“They understood that we were advocating for a well-intentioned tax that could reduce the influx of these harmful drinks into our communities and ultimately, improve our health.”

The “Are You Drinking Yourself Sick?” advertisement aired nationally from October 2016 to June 2017, and during the period that parliament was deliberating on the sugary drinks tax.

This communication campaign was a key strategy for empowering the public with information about the harmfulness of sugary drinks as well as to harness their influence, to demand that government passes a sugary drinks tax law to address obesity and associated non-communicable diseases.

South Africans are among the world’s top consumers of sugary drinks – a trend with serious consequences for health and life expectancy. The country has the highest proportion of overweight and obese people in sub-Saharan Africa, and diabetes – which is only one of several diseases related to obesity – has become the second most common cause of death.

“Our messages have the significant challenge of changing long-established positive attitudes towards sugary drinks established by decades of industry advertising aimed at getting consumers to love and consume more and more of these products,” explains Lawrence Mbalati, HEALA Program Manager.

“This is why we invest in quality evidence-based public awareness and advocacy campaigns because they can impact and mobilise millions of South Africans, especially communities that most affected by NCDs.”

According to the researchers, the new analysis extends fundamental literature and evidence on addressing obesity prevention through mass media campaigns by:

“It also highlights the important need for media campaigns to be a crucial component of a comprehensive obesity prevention approach,” Murukutla adds.

In 2018, the South African government implemented an 11% levy, making it the first country in Africa to implement a tax on sugar-sweetened drinks. Revenue collected through the tax is intended for funding public services and according to National Treasury, over R3–billion was raised after just one year.

The campaign’s success to usher in this tax was measured against the backdrop of persistent opposition by the industry. Sugary beverage companies publicly undermined the value of the tax to protect people’s health by mobilising resources to run their own media campaigns to shape the perception of the public and lawmakers against the tax.

While the government has implemented 11% Health Promotion levy, HEALA and supporting civil society organisations are still advocating to the tax to be increased to 20%.

In February this year, civil society organisations gathered outside Parliament in Cape Town to demand an increase in the Health Promotion Levy from 11% to 20%, but their calls were not heeded.

According to HEALA, although the 11% tax is a step in the right direction, it is not the end of the battle against rising rates of NCDs. This is why continued advocacy is needed, to reach 20% taxation.

Speaking to Health-e News, Robin Bowden from Southern African Faith Communities’ Environmental Institute says that the country has an epidemic on its hands.

“NCDs are directly related to unhealthy food. In this country, people have been told that it’s their fault that they have diabetes or high blood pressure; that it’s their responsibility to look after their health. Meanwhile, the only affordable food is the food that’s giving them sicknesses, and it’s the only food that people are able to access,” Bowden says.

“The tax needs to be significant in order for it to make a big difference. I think that’s a big thing. The industry must think about making the price of healthy foods cheaper, and that should go hand-in-hand with making sugar more expensive.”

As Mbalati says, the tax as it currently stands is a “sweet victory for all South Africans but the battle is far from over.”

“We will steadfastly advocate for an increase of the levy and to defend our communities from industry giants that appear to care more about profit than people,” he concluded.