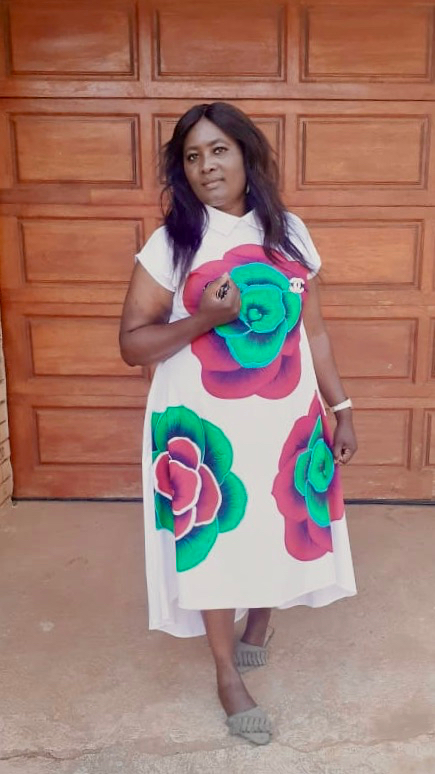 After discovering she had stage four breast cancer at 31, a survivor is using her experience to educate rural communities like the one she grew up in.

A breast cancer survivor is using her experience to educate rural communities in Limpopo about the illness.

Through the Ntshembho Cancer Foundation, Nyeleti Manganyi visits local clinics in the Vhembe district, talking to community members about the importance of regular cancer treatment. She recognises the beliefs that many still hold about cancer, as they were once her own.

Manganyi, 35, was diagnosed with breast cancer in 2016. Before her diagnosis she knew nothing about cancer and its treatment, she recalls. The experience made her realise that villages like her own, Bungeni outside Elim, need cancer awareness. 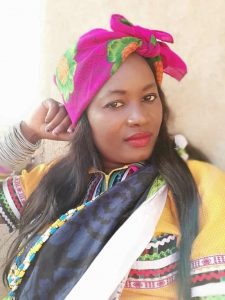 “I only realised that I had a lump on my breast after a women’s conference at work where they taught us how to examine our breasts to spot if we had any lumps,” says Manganyi. Then working as a grant administrator at the SASSA office in Hlanganani, Manganyi says she used to believe that breast cancer was “a white woman’s disease.”

“When I first found out that I had cancer I was also in denial as I used to think that only white people who are also above the age of 40 are the only ones who can be diagnosed with cancer. And by that time, I was 31 years old and I knew nothing about cancer,” says Manganyi.

According to CANSA’s Limpopo branch, awareness about cancer is a challenge. The lack of knowledge and understanding about leads to late diagnoses, and less successful treatment. 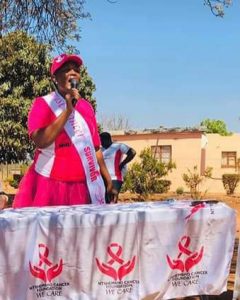 Manganyi working in her community (Supplied)

By the time Manganyi found out that she had cancer, it was already in stage four. A biopsy in 2016 showed the disease was already moving to her bones. She started her treatment at Mankweng hospital in Polokwane and completed it a private practice in Polokwane. The World Health Organisation echoes this, saying early detection can lessen the impact of the disease.

“In 2019 I decided to establish the Ntshembho Cancer Foundation with aims of bringing knowledge to rural people to make them aware that cancer is for real and people have to go for regular health screening so that should they have it, it can  be spotted early before it spreads to the whole body,” says Manganyi.

Though she has been cancer-free since 2018 Manganyi says her body never fully recovered from the treatment. She still experiences pain and struggles to lift heavy objects.

The Ntshembho Cancer Foundation has been an eye opener for many villagers, says Manganyi.

“So far, we have six people who went for screening after attending our awareness and have been diagnosed with cancer,” she says.

“As a cancer survivor I have made it my job that everywhere I go I always educate people about cancer and make them aware that being diagnosed with any kind of cancer is not a death sentence.” – Health-e News