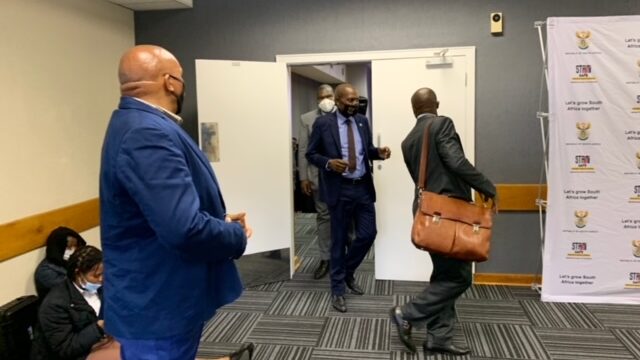 Health Minister Zweli Mkhize visited the Eastern Cape this week, where Covid-19 infections are spiking. Mkhize was met with protesting health workers, who say they are being left out of talks and undermined, report Wara Fana and Thamsanqa Mbovane.

Protest songs reverberated outside the Livingstone Hospital in Port Elizabeth, as Health Minister Zweli Mkhize addressed a delegation inside the facility this week.

Mkhize is on a two-day visit of Nelson Mandela Bay and Sarah Baartman Municipalities was met with demonstrations from members of the National Education, Health and Allied Workers’ Union (Nehawu). Mkhize visited the Eastern Cape as Covid-19 cases spike. The health minister was also there to launch a new testing site at Dora Nginza hospital in Nelson Mandela Bay.

Mkhize met with the MEC for Health in the province Sindiswa Gompa, district senior health officials and doctors. The delegation also included municipal representatives and religious and traditional leaders.

During his presentation Mkhize reiterated that the situation made it necessary “to bring the Cuban Doctors and Doctors without Borders to come and help with the situation.” Mkhize also pointed to a nurses shortage in Nelson Mandela Bay as “a serious concern,” as nurses play a vital role as “anchors of hospitals.”

The Eastern Cape was hit hard by a spate of Covid-19 infections, with the epicentre in Nelson Mandela Bay. In the past week, the province has reported Eastern Cape Province 51.5 cases per 100 000 persons, the highest in the country, according to the National Institute of Communicable Diseases.

The province has recorded 4,157 deaths since the start of the pandemic, with 1,706 new cases, with 1,103 hospitalised, according to national statistics. The recent rise in infections has seen ICU wards fill up and elective surgeries put on hold in Nelson Mandela Bay. 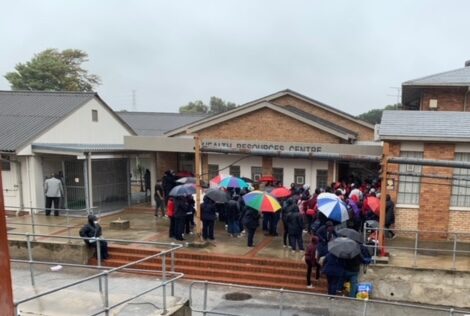 “You go out to call a meeting with stakeholders who are not on the ground. It us workers who will give true reflections of the situation on the ground,” said Nehawu’s regional secretary Busiswa Stokwe,

Stokwe, who led the protest outside Livingstone Hospitak, lambasted the opening and called “disrespectful to workers.” Stokwe further questioned the running of the new testing facility, asking “Who is going to work there?”

Stokwe says the health minister is undermining workers, who are falling ill on the frontlines.

“You call a meeting and presentations and exclude workers and care givers? How do think you are going able to solve this problem?” says Stokwe. “Just today alone ten died and seven doctors got infected in this hospital.”

Nehawu also protested on behalf of casual workers who earn as little as R3500 per month.

“We are talking about people who have been in the system for over 20 years, no medical aid, no housing, no pensions, but a big thank you at the end of the day,” says Stokwe. “How can you expect workers to be diligent to their work when you do not take of them seriously? We are the ones suffering in the end.”

Union members later met MEC Gompa and the National Director of Health Dr Sandile Buthelezi. Stokwe  felt the meeting did not yield any results, where officials allegedly told unions the government could not afford to pay caregivers more or offer them permanent employment.

“We feel disrespected” said the union. “The ministry tells us there is no money while SAA has been bailed out how times this year? They wasted R14 billion on SAA and it’s difficult to ask for money for a critical department such as health.” – Health-e News