Home » News Articles » World Toilet Day: Nothing to celebrate for this Limpopo school, without toilets and water 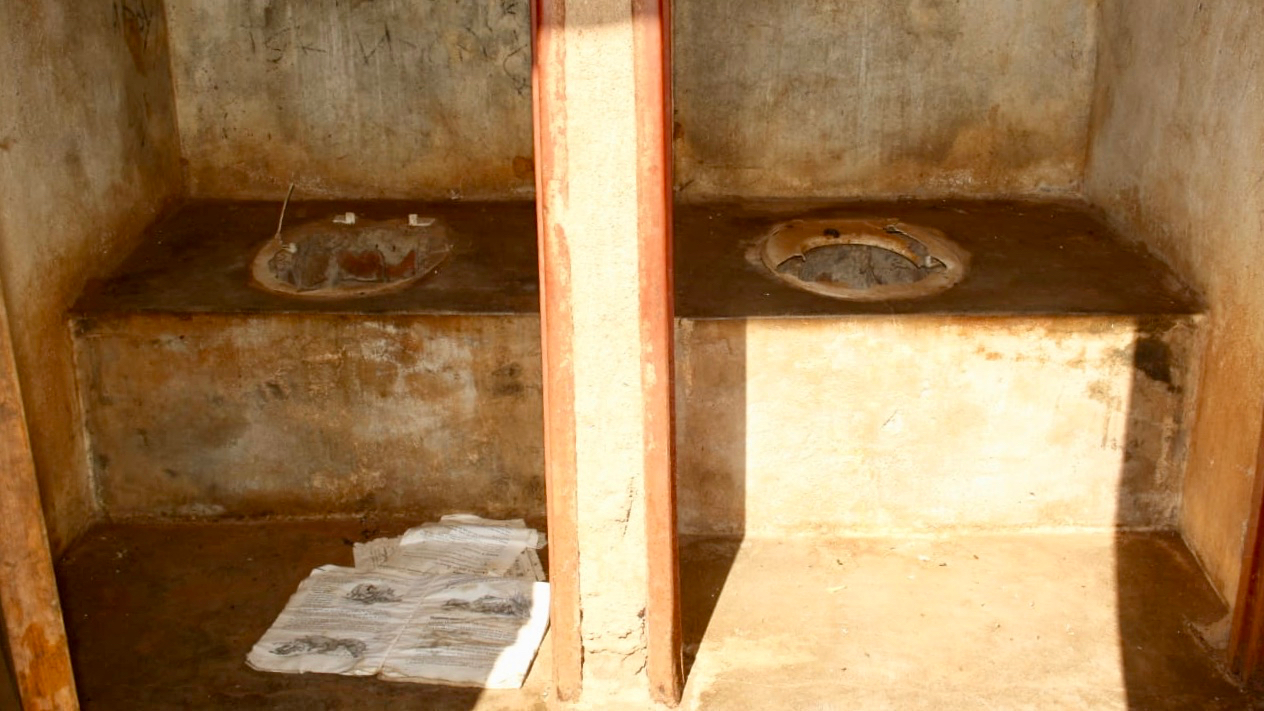 The toilets learners at Mabila Primary School in Limpopo have to use. (Ndivhuwo Mukwevho/Health-e News)

19 November marks World Toilet Day, highlighting the importance of safe sanitation. Yet, some rural schools still have to contend with dangerous pit toilets.

World Toilet Day: Nothing to celebrate for this Limpopo school, without toilets and water

As the country commemorates the World Toilet Day, a rural school in Limpopo has nothing to celebrate. The school still uses pit toilets, even as building material for new toilets lies nearby, unused.

Learners at Mabila Primary School, situated in a village of the same name outside Thohoyandou in the Vhembe district, use dilapidated pit toilets—two for boys and two for girls. The provincial department of education delivered building material for new toilets three years ago, but a contractor has yet to build them.

“The department of education knows very well about our needs, but it seems like they have forgotten about us,” says school governing body chairperson Ndiafhi Tshililo. “Look, bricks and other building materials meant to build brand new toilets for learners were delivered at the school about three years ago, but even now we are still waiting for them to send a contractor to start with the building process.”

World Toilet Day is commemorated on the 19 November each year to celebrates safe sanitation. It also raises awareness about the 4.2 billion people living without access to safely managed sanitation.

Safe water and adequate sanitation are fundamental to a healthy and dignified life, says the World Health Organization (WHO). Safe sanitation helps avert diarrheal diseases and other infections. A working toilet and a running tap are better for nutrition, for saving money and improving education, especially for girls. 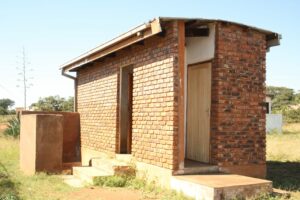 There are only four toilets at Mabila Primary School. (Ndivhuwo Mukwevho/Health-e News)

“We are fed-up of waiting as those old pit toilets which are being used by our learners at the school are not safe to be used by primary learners,” says Tshililo. “Maybe they are still waiting for someone to fall inside those toilets for them to take us and our needs serious.”

On the 20 January 2014, a five-year-old Michael Komape drowned in a pit toilet at Mahlodumela Lower Primary school in Chebeng village, outside Polokwane. His death became a rallying call for the effects of poor service delivery to rural schools. Yet, despit the attention, another child, five-year-old Lumka Mketwa drowned in a pit toilet at Luna Primary School in Bizana in the Eastern Cape.

“The only water we do get is when the Vhembe district municipality decides to refill the two water tankers which we have at the school,” says Tshililo. “Sometimes they can take several weeks before they do so.”

The provincial spokesperson for the department of education, Tidimalo Chuene, says that the

Limpopo’s provincial education department has appointed service providers to build new sanitation at more than 150 schools within the province. Still, authorities could not explain why Mabila Primary School is yet to receive new toilets. The department’s spokesperson Tidimalo Chuene says they are investigating the matter.

“The district director is still investigating query on Mabila Primary School and an update will be provided as soon as received,” she says.

Every day, more than 700 children die from diarrhoea as a result of unsafe water, sanitation and hygiene.

This #WorldToiletDay, @UNICEF and @WHO are calling for universal sanitation. Learn more about how toilets save lives in our new report. https://t.co/JkS7OifmdU

Chuene added that schools in need of new sanitation should alert the department.

“Schools should liaise with circuit officers to indicate their needs of toilets and other forms of infrastructure and the request will be assessed and processed by infrastructure teams at district level,” she explains.

While the department was unable to provide statistics at the time of Health-e News’ request, Chuene says they have completed new toilets at a number of schools around the province. She adds that building continued even during the Covid-19 pandemic. —Health-e News