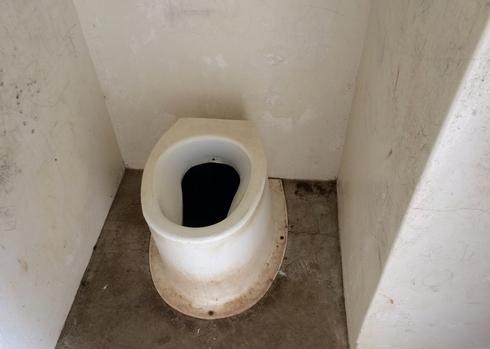 The ongoing challenge of pit toilets at schools is continuing, with the situation in the Eastern Cape become so dire that parents have taken to actually building toilets themselves.

This is because they feel let down by government and don’t trust that the job will be done even though President Cyril Ramaphosa earlier this year instructed schools to address the situation to ensure that all pit toilets at schools are upgraded within two years.

Sanitation is a basic need for children at school, and South Africa still has a high number of schools still using pit toilets. These ablution facilities pose a high risk –, particularly to small children. In March a 5-year-old girl died after falling into a pit toilet at a rural school in the Eastern Cape.

Lumka Mkhethwa’s death came four years after another five-year-old, Michael Komape, fell into a pit toilet and drowned in human waste at a rural school in Limpopo.

‘Working on the issue’

The toilet crisis has prompted parents in some areas of the Eastern Cape to build toilets for their own children. But the Department of Basic Education claims it is working on the issue.

But he is unable to say or even give an estimate on the time it will take for them to complete the entire upgrading process. He said the department is able to build infrastructure according to the grant money they receive. This year they were paid R1.48-billion but they now still need more money.

A report released this month (November 2018) shows that the Basic Education Department nationally needs R7-billion to upgrade sanitation across schools around the country that are still using pit latrines. The report states that the money is needed before the end of the 2019/2020 financial year after which time there should be no more pit toilets in schools.

President Cyril Ramaphosa earlier this year instructed Basic Minister Angie Motshekga to come up with plans to address challenges around unsafe ablution facilities at schools. Of the 23 334 government schools across the country, 6 938 schools are still using pit toilets. The Eastern Cape, KwaZulu Natal and Limpopo are the provinces that have the most schools with pit latrines.