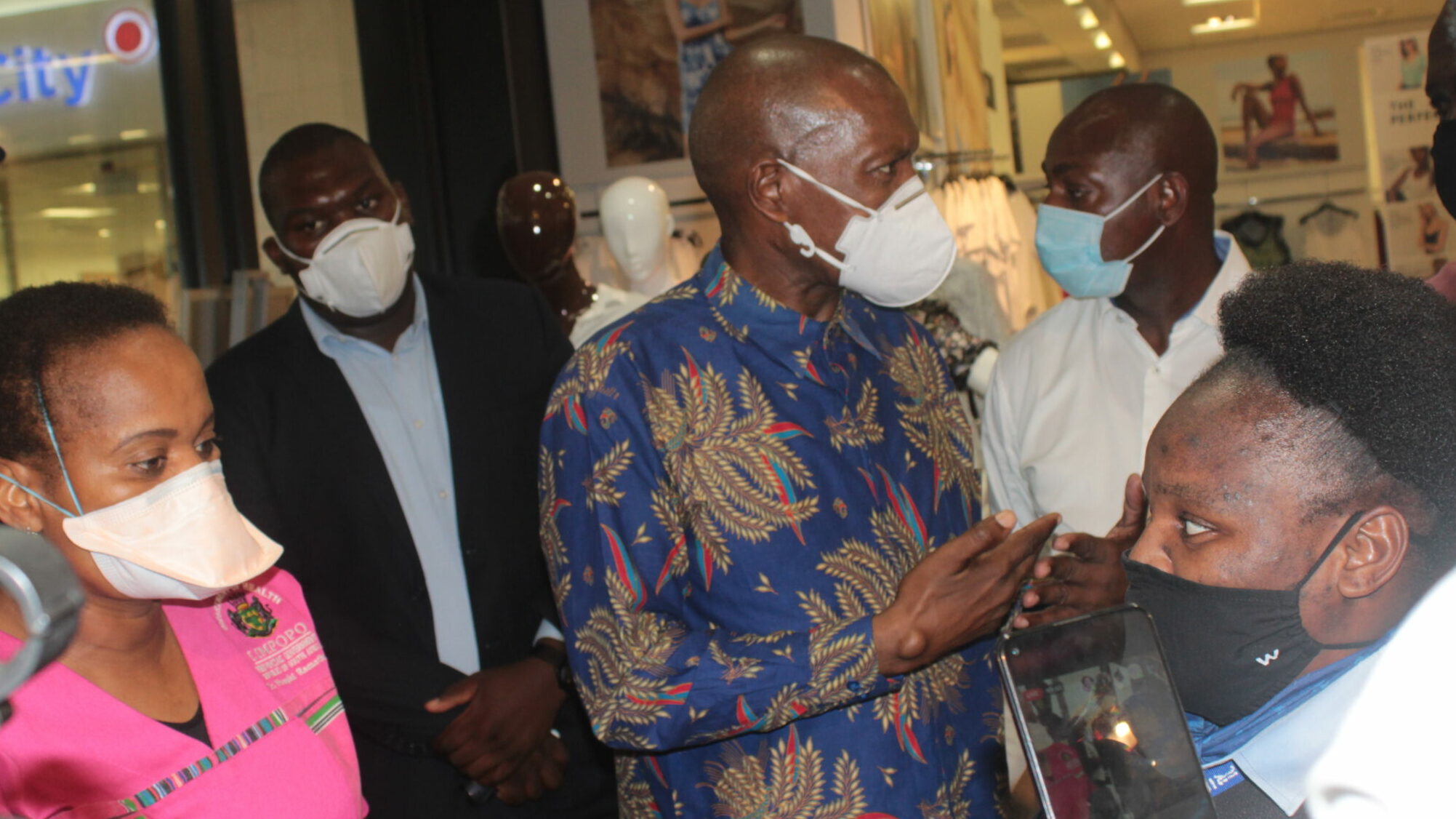 South African medical authorities are gearing up to deliver the first batch of vaccines but there are major challenges as the minister of health discovered.

Health care workers on the frontline in the battle against Covid-19 could start receiving their vaccines by next month, said Health Minister Dr Zweli Mkhize. This good news though, was marred by the state of the facilities health care workers have to contend with.

On a trip to monitor Covid-19 compliance in Limpopo this week, Mkhize saw the poor condition of facilities that are meant to be key in the pandemic response. Mkhize visited Tshilidzini hospital in Vhembe, a hospital that until 2019 did not have an X-ray machine.

“The issue of infrastructure is a problem that we must deal with continuously. We have a lot of discussions with the MEC, members of the parliament and the legislature about this issue,” said the health minister. “We are going to have to continue to find ways to make sure that it is resolved so that we can put it out of the way.”

Tshilidzini is a district hospital, serving hundreds of patients daily. Yet, the hospital’s infrastructure is dilapidated and many buildings are in bad shape.

When it was declared a National Health Insurance pilot hospital in 2012, health department officials identified Tshilidzini as a facility that need to be demolished and rebuilt. Still, in the years since, the hospital has been marginally improved.

“Obviously the Covid-19 restrictions have put an additional delay on some of the projects, but on the same time we have to deal with that and resolve that issue,” said Mkhize. “We are moving forward to ensure that we improve the infrastructure so that when we move to the National Health Insurance, we have good enough infrastructure at that level.”

Over the past few weeks, Limpopo has seen a rapid increase in reported Covid-19 positive cases. Before the 2020 festive season, the mainly rural Limpopo was among the provinces with least number of positive cases. Mkhize attributed the increase to human behaviour and relaxed vigilance over the holiday season.

“Before Christmas the numbers were fairly low, and then we can actually understand the overcrowding, the mixing that happened when people were going for Christmas and soon after Christmas. We started picking up numbers shooting up and those numbers went up but they were not as high as what happened after New Year Eve,” Mkhize explained. “Which shows us how behaviour has driven this resurgence. From where we sit, [if] we look back we think that this resurgence could have been less severe if there was no complacency in community in general.”

Despite the spike in infections though, the minister believes health care workers are more prepared this year.

“The difference between the first surge and this one is that in the first surge everyone was nervous. Health workers were nervous at the beginning, but the situation has completely changed,” he said. “Now all our health workers know what Covid-19 is all about, they know how to prevent it. The only problem is that they have been continuously working.”

We are now at Mokopane Hospital , where we have just viewed the renovations in progress for the ICU Unit. #LimpopoVisit20Jan pic.twitter.com/0TtgP56mrq

Mkhize also used his field visit in Limpopo to reassure citizens that vaccines would soon be rolled out.

“We are expecting that in the next few days the first doses of vaccine will be coming through to us and that in February we should be ready to start,” said the minister. 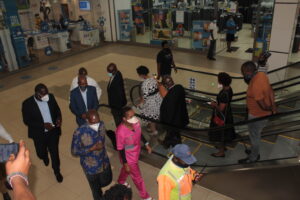 Mkhize does a walkabout in Thavhani Mall in Thohoyandou. (Ndivhuwo Mukwehvo/Health-e News)

“I want to ensure all the fellow South Africans that we are right on course the vaccine will be made available to everyone that is on the priority list. And well, of course, we will be moving on and of course the third phase we will open it up for everyone,” he added.

In the meantime though, the minister praised the ban on alcohol sales as key in reducing the number of trauma patients admitted to hospitals.

“The real issue is that the suspension of the sale of alcohol reduced the preventable accidents which are linked to gunshots, attacks, stab wounds and motor vehicle accidents,” he added.

Mkhize also visited Thavhani Mall in Thohoyandou, which many locals identified as a Covid-19 hotspot. Here, the minister reiterated the importance of non-pharmaceutical interventions like hand-washing and social distancing.—Health-e News