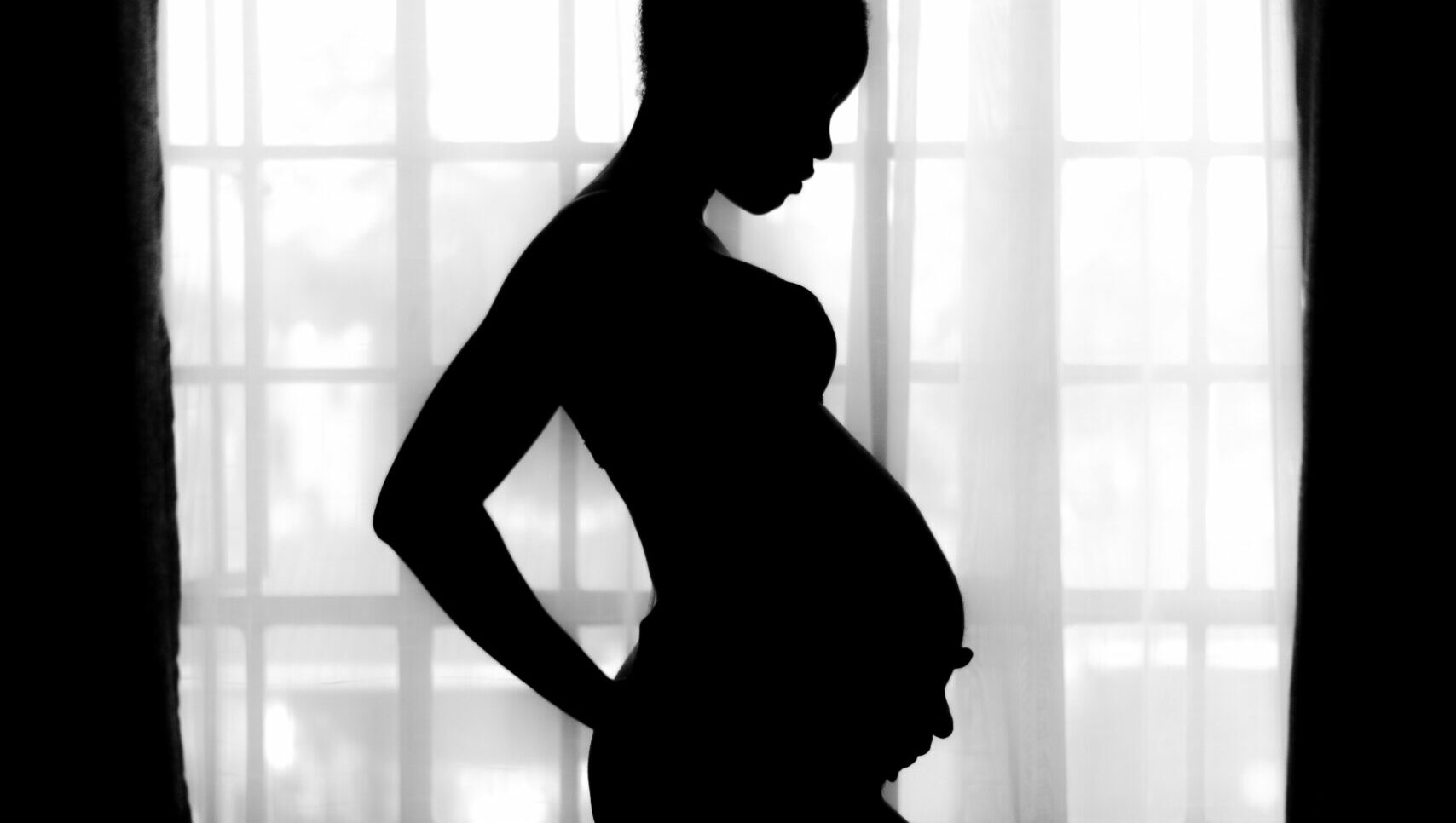 Some rituals can harm a woman’s feeling of self worth as pregnancies past the 42 week date and families seek solutions.

Post-term pregnancies and tradition – an uncomfortable experience for many women

Pregnancies that last beyond nine months or 42 weeks are considered post-term. While this is common, myths and misunderstandings are abound. Pregnancy Awareness Week is held each year from 10 to 16 February and encouraged education about pregnancy.

Nozipho Mhlongo recalls how afraid she was when doctors asked her to return for weekly check0ups after she failed to give birth past nine months.

“I was so worried, stressed and confused that why am I taking more than nine months, even my husband and the rest of the family were also worried,” said the KwaZulu-Natal mother. “We have tried traditional means for me to be on labour but nothing worked.”

“But my hopes were higher for my baby every time when a doctor tells me that my baby was healthy and his heart was beating normal,” she tells Health-e News.

Doctors said the reason for her post-term pregnancy could be because she was carrying a boy.

“[This] made me even more confused because I have already had two boys before him who were both born in time,” he said. 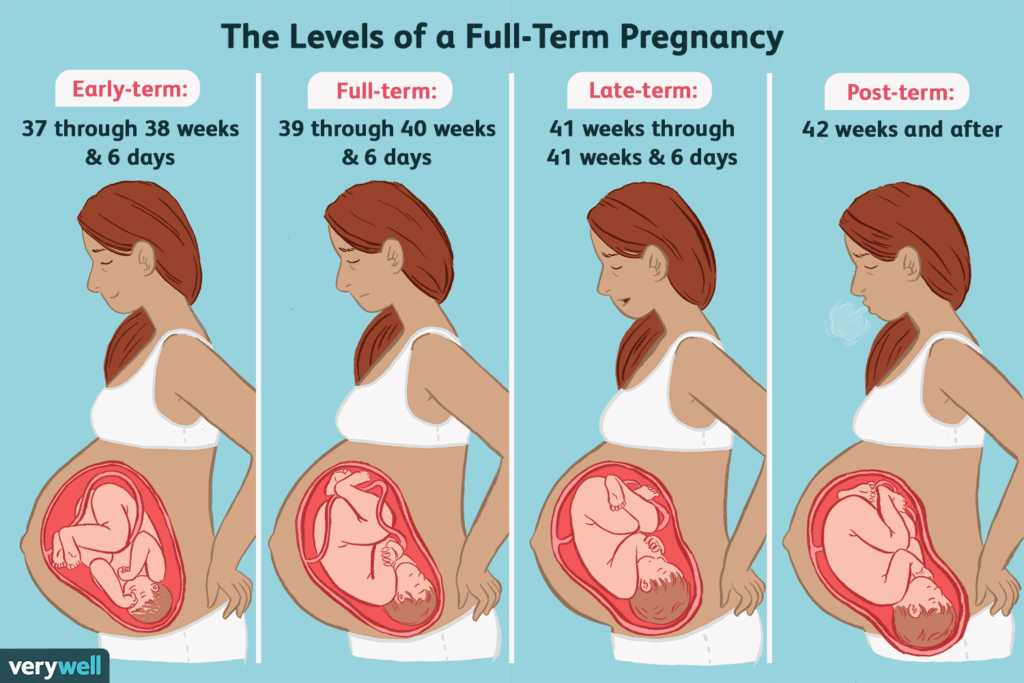 Another mother who spoke to Health-e News said she only gave birth after 44 weeks.

“I didn’t even wanted to find out the reason why I took so long because I felt that once I found the reason I was not going to focus on the pregnancy but I was going to focus on this reason and end up putting my unborn baby at risk because of stress and depression. All I knew was that my baby was large,” recalled Simphiwe Cele.

The baby was born after 44 weeks—a healthy bot. But after three months his mother noticed that he was very active and had already started teething.

Babies who are born post-term may have a different physical appearance, says the Stanford Children’s Health report. They may be born with loose, dry or peeling skin. They may have visible creases on their palms and soles of their feet. They may also have less body fat and a large amount of hair. Post-term babies are also often more alert and appear wide-eyed at birth. All of these may be due to post-maturity syndrome.

In some communities, however, these are signs that the mother or family may be affected evil spirits. It can cause a destructive spiral in the family, says traditional healer Dr Zezulu Macingwane.

During a discussion on pregnancy awareness, Macingwane and other traditional healers tried t to raise awareness about some of the psychologically destructive rituals women in some parts of South Africa are forced to undergo due to post-term pregnancy. Macingwane, who works in rural KwaZulu-Natal, has treated such cases.

“Many African people in KZN believe that the cause of postmature pregnancy is witchcraft, religions and religious believes, false talks, ancestors, resentments towards the mother, devil spirits, unwelcome child or unwanted mothers and many other myths,” she said

“They believe that if a woman suffer from this pregnancy, she needs to be cleansed or prayed for,” explained Macingwane

Traditional healers are also called to counsel polygamous families in which a post-term pregnancy has occurred and witchcraft may be involved.

“You will find that another wife does not have children or she has girls only and she cannot stand the fact of seeing the other sister-wife pregnant, so she will get muthi to make her suffer and took long time to deliver which can lead to a baby or the mother dying,” said the traditional healer.

Traditional healers are often called on to deal with the effect of these kinds of relationships.

“In some cases you will find that there is some sort of resentment against the pregnant woman from their in laws which can leads to delaying of delivering,” she said.

In order to heal, families participate in rituals like ukuphahla, in which elders commune with the ancestors to ask for forgiveness or favour so that the mother will deliver.

This journey is part of the crucial first 1000 days of a child’s life.

There’s still much work to be done to strengthen pregnancy education… pic.twitter.com/wyhLRHTCaA

“Even though myths regarding the causes of overdue pregnancies are common and widespread in the community, so far clinical causes are the only ones that have been studied,” said Schultz.

Each post-term pregnancy is different, and it is important for mothers to have as much knowledge as possible.

“The patient should ask and the health care worker should explain the possible cause,” she said. Schultz , but warned that there are real medical complications that are deadly in some cases. The dangers include: birth asphyxia, in which a baby is deprived of oxygen at birth; meconium aspiration, in which a foetus in distress takes gasps and ingests amniotic fluid; feto-pelvic disproportion, in which the birth is obstructed  and post maturity syndrome.

“What people should know more is that feto-pelvic disproportion can be attributed to family history of small pelvises and large babies, so caesarean is recommended in those,” said Schultz.

For a woman giving birth late there are a host of risks including severe vaginal tears, infection and postpartum bleeding. One solution is to induce labour to help the cervix open but this is not always available in far-flung communities.

This is why it is important to raise awareness about the potential difficulties of birth and pregnancy. —Health-e News