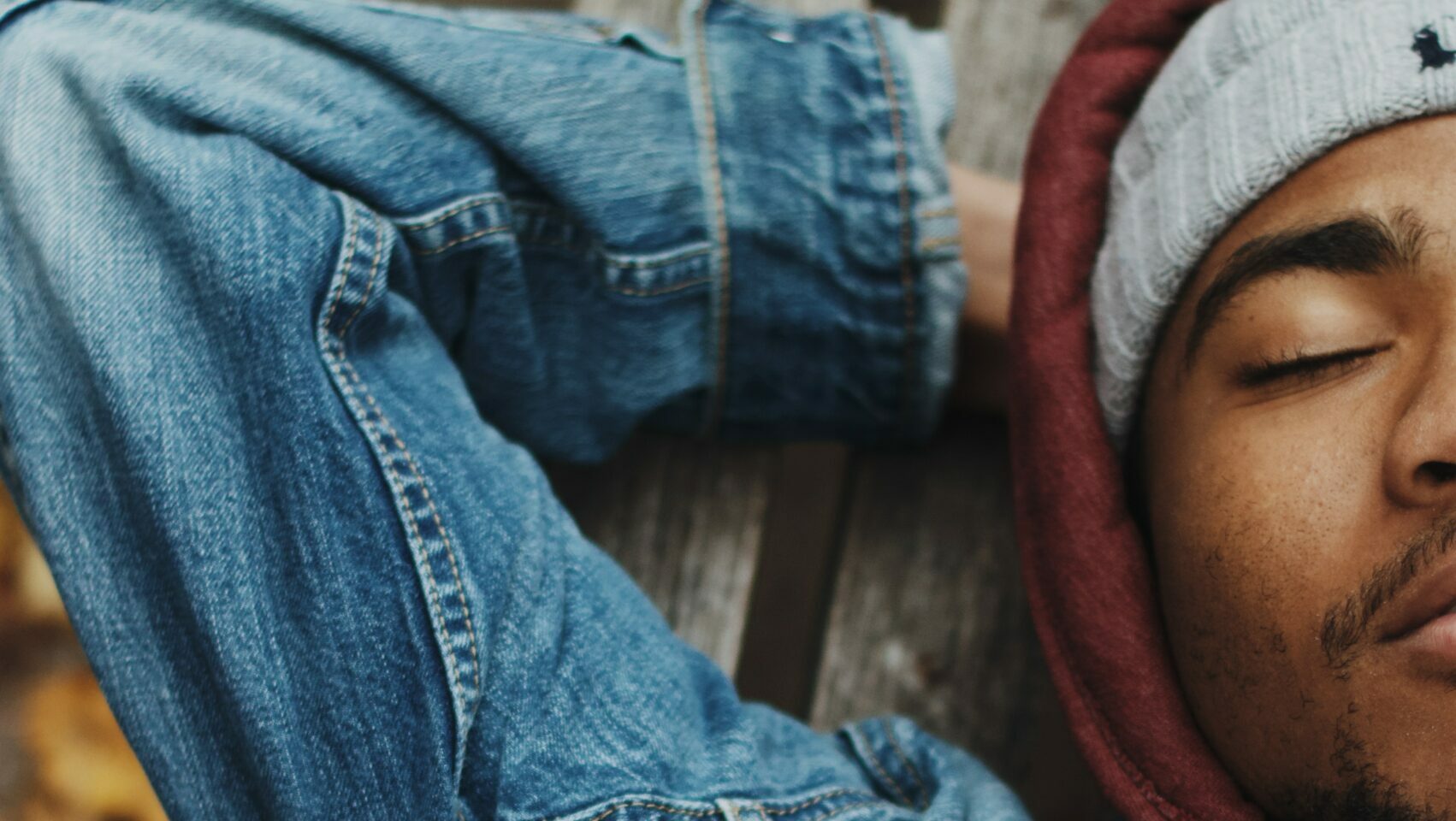 Sleep is essential for a human being’s functioning yet many struggle to get enough healthy sleep. Health-e News spoke to sleep experts and people who struggle with sleep to get a better understanding of how this essential need works – or doesn’t.

Maya Yadav has tossed and turned for much of her life. As a teenager, the television producer would struggle to fall asleep, a habit which has accompanied her into adulthood.

“I used to long for a pause button to quiet my mind,” laughed the 31-year-old.

Sleep seems like the most natural human function, and yet millions of people around the world struggle with it. A healthy sleep pattern is key to one’s waking health. It allows the body to replenish and is essential to the optimal function of the brain. What’s more, sleep has been known to prevent illness such as heart disease. Yet, getting enough rest is not as simple as dozing off.

“Based on research, enough sleep is somewhere between seven to nine hours. For some people six is okay, but for others ten is necessary,” said Dr Dale Rae who is the director of Sleep Science in Cape Town. “The duration is to a large extent genetically driven, with healthy sleep being that which is in time with your own body clock as a lark or night owl.”

“When you sleep, you literally and physically let your guard down. Your brain is given space to think and if you have issues and worries and concerns that aren’t dealt with, they will come to the fore at night, and they will keep you awake with a ruminating brain,” she said.

This may explain why Yadav is perhaps most creative at night.

“It is also frustrating that so many of my creative ideas come to me when I’m trying to fall sleep. I’m then put in a position where I either forget the idea, or I get up to write it down and sleep evades me for another few hours” she said.

Working from home has made this problem all the more common. The COVID-19 pandemic has not only heightened our anxiety levels, but lockdown has seen many throw their body clocks out the window.

“People are working a lot from home and as a result of this, they tend to lose the usual daytime routines,” explained neurologist Dr Kevin Rosman of the Morningside Sleep Clinic in Johannesburg.

“Daytime and night-time routines are very important in maintaining good sleep patterns. When we work right up until bedtime, we do not give the brain a chance to ‘wind down,’ and this will frequently disturb sleep and may lead to insomnia,” he said.

“I was waking up in the middle of the night to go to the toilet and then I couldn’t go back to sleep. I would end up scrolling through social media on my cellphone for hours,” she said.

Elad’s doctor recommended that she start taking half a sleeping tablet known as Ivedal every night. It has worked, but also brought more unease.

“I thought this was the best thing ever! I loved the fact that you took a pill, fell asleep, and woke up in the morning. But if I’m taking a medication that’s forcing me to sleep, am I getting the same benefits and quality of sleep as if I was doing it naturally?” she asked.

Rae, the sleep specialist, says this kind of sleep is not restorative.

“Quality sleep needs to be consistent and consolidated, not broken up and fragmented,” she says. “You need to get into deep sleep stages for brain recovery. Having poor sleep quality, even with duration, is as effective as short sleep,” she said.

“We are far less emotionally regulated without good quality and quantity sleep. Without rest, our brains go into hyperactivity mode and don’t process triggers and emotions as well,” said Sarit Swisa, a clinical psychologist.

“They exhaust me because when I wake up, I’m not sure what is real and what isn’t. I feel overwhelmed and I will often just need to sit and process them,” she said.

The 30-year-old says she still remember dreams that she had at six years old—venturing to different worlds, flying, breathing underwater, and being visited by her late stepfather.

“A lot of the dreams have very significant meanings and they make sense at the time. Possibly because I don’t deal with my trauma and it is very heavy on my mind, it manifests in my dreams,” said Wessels.

There is truth to this, according to Swisa: “Unconscious feelings are often free to emerge in dreams. Feelings don’t like to be repressed and they will find a way to express themselves. Focusing on the emotion of the dream and its resonance in your life can be a useful way of hearing what is needing to be processed.”

This sense of emotional vulnerability is also why we may struggle to fall asleep.

“Sleep is perhaps our most vulnerable state possible. On a psychological level, making ourselves this vulnerable requires that we feel enough safety and trust to let go. Worries and anxiety can trigger our fight or flight response, meaning one isn’t likely to fall asleep if their mind is saying that they are facing imminent danger,” said Swisa.

Feeling in danger whilst asleep is something which Cathy Banda, who works as a nanny, has experienced since she was 12 or 13 years old.

“When I am sleeping it feels like there is a presence in my room like a spirit. It feels like someone is pushing me down on my bed and trying to touch my hand. Sometimes I’ll hear a male voice,” she said.

Although there is no one there, the fear is so real that 34-year-old Banda refuses to sleep without some form of light.

This form of anxiety is often accompanied by sleep paralysis. According to the United Kingdom’s National Health Service sleep paralysis “is when you cannot move or speak as you are waking up or falling asleep. It can be scary but it’s harmless and most people will only get it once or twice in their life.”

“I will hear people talking around me, I will hear the TV, but I won’t be able to move. I will feel this presence but I am unable to scream. It can last up to 10 minutes. It leaves me feeling tired and drained,” said Banda.

“It happens the most when it is dark. I usually sleep with my bathroom light on, but now with loadshedding I will try to keep myself awake until the electricity comes back on. I feel scared to go to sleep,” she said.

Banda’s solution is to take naps during her lunch break to make up for her sleep debt, but experts warn that napping could be more harmful, depending on the time of day that it is done.

“Napping at the end of the day is a very confusing signal to your body which likely thinks it is going to receive a full sleep,” said Rae. “Although napping is an important part of many cultures and some societies have included it in their routine, if you find that you cannot get through a day without napping, then I would suggest that there’s something up with your night-time sleep and that needs to be fixed.” 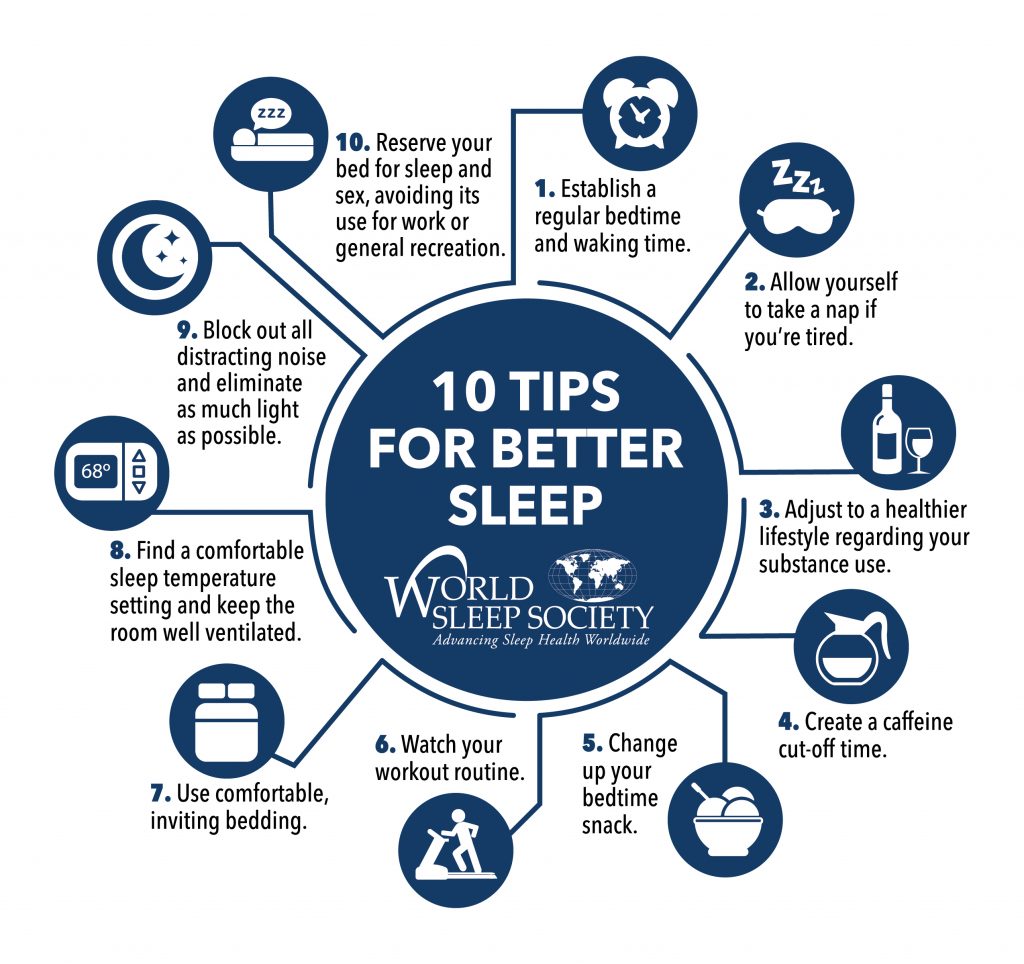 Mark Hyman was unaware that there was anything wrong with his nocturnal sleep until he woke up one morning 21 years ago to find that his wife was not in bed next to him.

“She had moved to another room in the middle of the night because she couldn’t stand my snoring,” shared the 70-year-old.

Believing that he had a crooked septum, he visited an ear nose and throat specialist who informed him that he actually had sleep apnoea.

“I had never ever heard of sleep apnoea. I didn’t know the dangers of the disease, because it’s a very dangerous disease. It can lead to strokes, it can lead to heart conditions. I do believe that my being a quadruple heart bypass survivor could very well be related to the fact that for an extended period of time, I was not breathing properly,” he said.

Sleep apnoea “is a potentially serious sleep disorder in which breathing repeatedly stops and starts,” according to United States-based medical research organisation the Mayo Clinic. “If you snore loudly and feel tired even after a full night’s sleep, you might have sleep apnoea.”

A sleep test showed that Hyman had stopped breathing 67 times an hour as the result of an elongated soft palate that was blocking his airway and causing the vigorous snoring. Since making the discovery, the financial services managing director has used a continuous positive airway pressure (CPAP) machine every night.

“It changed my entire lifestyle. I wake up in the morning, fully awake without any hangovers. I’ve become more active, I’ve become more friendly. I’m not as aggressive as I used to be because I’m having a proper night’s sleep on an ongoing basis. I do, however, look like Darth Vader with the mask on,” said Hyman.

The machine uploads Hyman’s sleep data to an online portal, meaning the Johannesburg resident is able to monitor his sleep quality and number of apnoeas per nigh. Most nights result in a score above 90 — unless there has been loadshedding.

“I had forgotten that loadshedding was expected in the middle of the night and did not have my generator ready to switch on. Although the machine detects that there is no electricity and the mask does have air vents through which to breathe, I found myself gasping for oxygen for two or three minutes,” he remembered.

While the CPAP is undoubtedly a necessity for those who suffer from sleep apnoea, the condition is not recognised as a chronic ailment by the South African Council for Medical Schemes. This means that medical aid schemes may not pay for the R20,000 device or the R2,500 masks which need to be replaced annually.

“Medical aids should encourage proactive testing for sleep apnoea once or twice a year, or maybe every five years, the same way women are encouraged to get mammograms for breast cancer,” said Hyman. 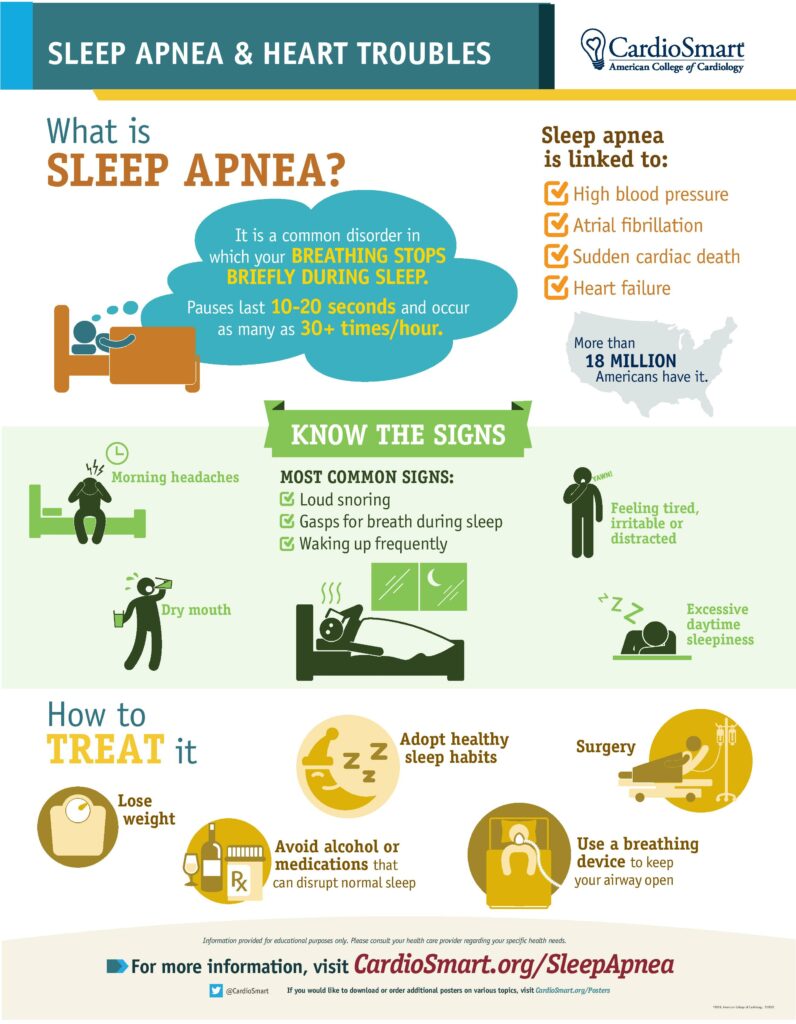 Rosman of the Morningside Sleep Clinic said that paying attention to how one functions the next day is a good indicator of an undiagnosed sleep disorder.

“If the individual is functioning well, then there must be something right happening overnight,” he said.

Rae of the Sleep Science in Cape Town also urged people to take note of their behaviour during waking hours: “Can you wake up? Can you get going with your day in a reasonable amount of time with a reasonable amount of coffee? Can you remember things? Can you keep your emotions in check? Can you handle all that you need to do without feeling overwhelmed?”

Doctors recommended that one lay off heavy alcohol, nicotine, and of course, caffeine too close to bed time as any stimulant will prevent you from reaching dreamland. One should also refrain from eating heavy meals, using light-emitting devices like cellphones, or exercising too late, but in general, exercise can improve sleep quality.

Working in a high-pressure environment is something that Yadav, the night owl television producer, manages rather well, even if sleep remains elusive.

“I’ve always joked that my sleeping habits are perfectly normal — just not for the time zone that I’m actually in!”—Health-e News