Home » News Articles » From one drug addict to another: ‘I quit and so can you’ 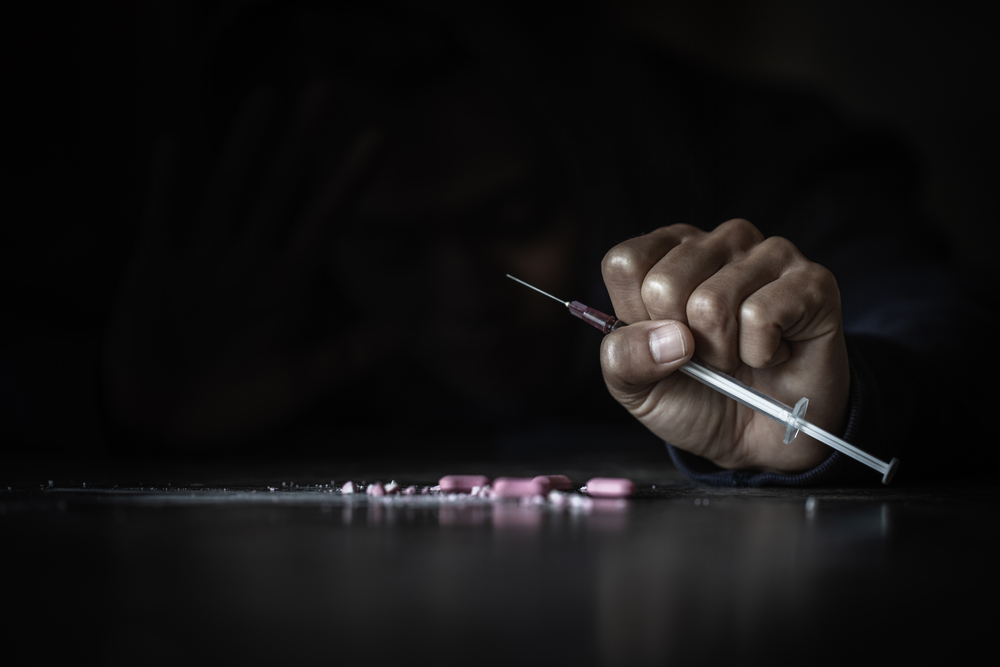 It’s an important week in South Africa as the country will once again be reminded of the national drug situation and in light of SANCA Drug Awareness Week, there is a story to be shared with the hope that other drug addicts in the same boat can clean up their acts and live a normal and healthy life again.

From one drug addict to another: ‘I quit and so can you’

The South African National Council on Alcohol and Drug Dependence (Sanca) is raising awareness from 22 to 28 June 2021 and nothing brings it home like hearing it from a recovering drug addict.

Muano Muvhango* is using these few days to reflect on his journey to recovery and to ensure he doesn’t relapse so that others can follow his example, quit drugs and be happy once more.

We all know what a healthy lifestyle entails but it’s often easier said than done. According to The Heart and Stroke Foundation South Africa, following a healthy diet, regular exercise, being a non-smoker, managing day-to-day stress and only drinking alcohol in moderation and maintaining a healthy weight should form part of our everyday lives. But then life happens … and some resort to drugs.

Born and bred in Matangari, a small village outside Thohoyandou in Limpopo, Muvhango spent four months at the Seshego Drug Rehabilitation Centre last year to try and turn his drug addiction around. He took a liking to smoking dagga, cigarettes and CAT (Methcathinone) and is hopeful of a brighter tomorrow having not relapsed since leaving rehab.

From hobby to drug addict

Speaking to Health-e News, Muvhango blamed peer pressure for his addiction after being introduced to dagga by friends in 2011. This, while completing Grade 9. But what seemed a fun experiment at first, soon turned into addiction.

“It all started as a hobby many years ago and I never thought that one day it would become an addiction” explained Muvhango.

“But as years went on, the addiction reached a point where I could no longer control it”.

He never thought a fun few hours with his friends would eventually make him dependent on weed.

The World Health Organisation (WHO) defines substance abuse as the harmful or hazardous use of psychoactive substances, including alcohol and illicit drugs. One of the key impacts of illicit drug use on society is the negative health consequences experienced by its members.

Muvhango recalled how one substance led to another. After struggling with dagga, he soon moved onto cigarettes and just last year, was introduced to CAT which just worsened matters.

The Environmental Geology student at the University of Venda said the addiction made him lose focus and confidence and his performance at varsity took a turn for the worst.

“While I was still in high school, the addition was still okay and didn’t affect my studies too much and I was able to complete my high school career without any challenges,” said Muvhango.

But his tertiary education experience wasn’t as unblemished.

Drug addict and spiralling out of control

“When I started, I was performing okay but as time went on, my marks dropped especially after going through a breakdown in 2018. I lost all confidence in myself and was anxious most of the time”, he said.

With the 24-year-old having almost turned the corner completely in terms of recovery and with a university degree in his sights, Muvhango told Health-e News that he regrets having spent most of his teenage years high on drugs. This also affected his relationships and friendships with those close to him.

Muvhango rues all the things he missed out on while growing up.

“I spent most of my teen years high and most of my decisions were made while high. I became distant and avoided friends and family so that they didn’t have to see what state I was in,” said Muvhango.

“Smoking became my only form of a hobby”.

Desperate to make a change with the burden of addiction weighing him down, Muvhango contacted ‘Made New’ – a Limpopo-based organization which was founded by a former drug addict. Rabelani Tshifaro, 34, from Thohoyandou, had been there and done that but turned to helping others to reclaim their lives.

Tshifaro, a social worker, guided Muvhango through the process of getting into rehab. He wanted to reach out to those who like himself, had depended on drugs, and Tshifaro was his person. He spent four months in rehab from July to October last year.

“At first, it was difficult due to withdrawals when I went through the detox period during the first week. This was followed by cravings in my second week which last another 7 days,” said Muvhango.

He said he remembers how we called those at home telling them he’s ready to throw in the towel and return home.

“I wanted to give everything up, throw my life away and devote my future to drugs”.

An angel in their lives

It was three years ago when Health-e News reported how Tshifaro established the Made New organization to try and help drug addicts in Limpopo restore their lives. They also host annual drug awareness campaigns and like Muvhango, assist addicts with the rehab process at public centres.

The mother of two started drinking alcohol at the age of 14, smoked dagga as a 20-year-old before trying out CAT six years later. She spent six months in a rehabilitation centre in Gauteng in 2015.

Tshifaro is proud of what she has been able to achieve.

“Since the organization opened its doors, we have already managed to help several people quit drugs and we’ve helped to have them placed in public rehabilitation centres,” said Tshifaro.

“I am grateful to see the idea I had years ago come to life, bearing plenty of fruits”.

Muvhango has vowed to repay all the people who showed faith in him but not relaping and being a role model to those currently fighting addiction. He especially wants to remind them that there is life after addiction.

“Even today, I am still thankful for the role Tshifaro played in helping me turn my life around. She used her experience to advise me and what to expect at rehab. My mom also often called to encourage me to focus and stay strong until the process was complete,” said Muvhango.

He said since he has returned from the centre, everything is going well in his life and he has managed to repair all his relationships and friendships.

“I now believe in myself again and am more confident than I ever was,” he added. – Health-e News.

Muano Muvhango* name has been changed to hide his identity as per request.