Home » World Vitiligo Day: Time to embrace it and forget about a cure 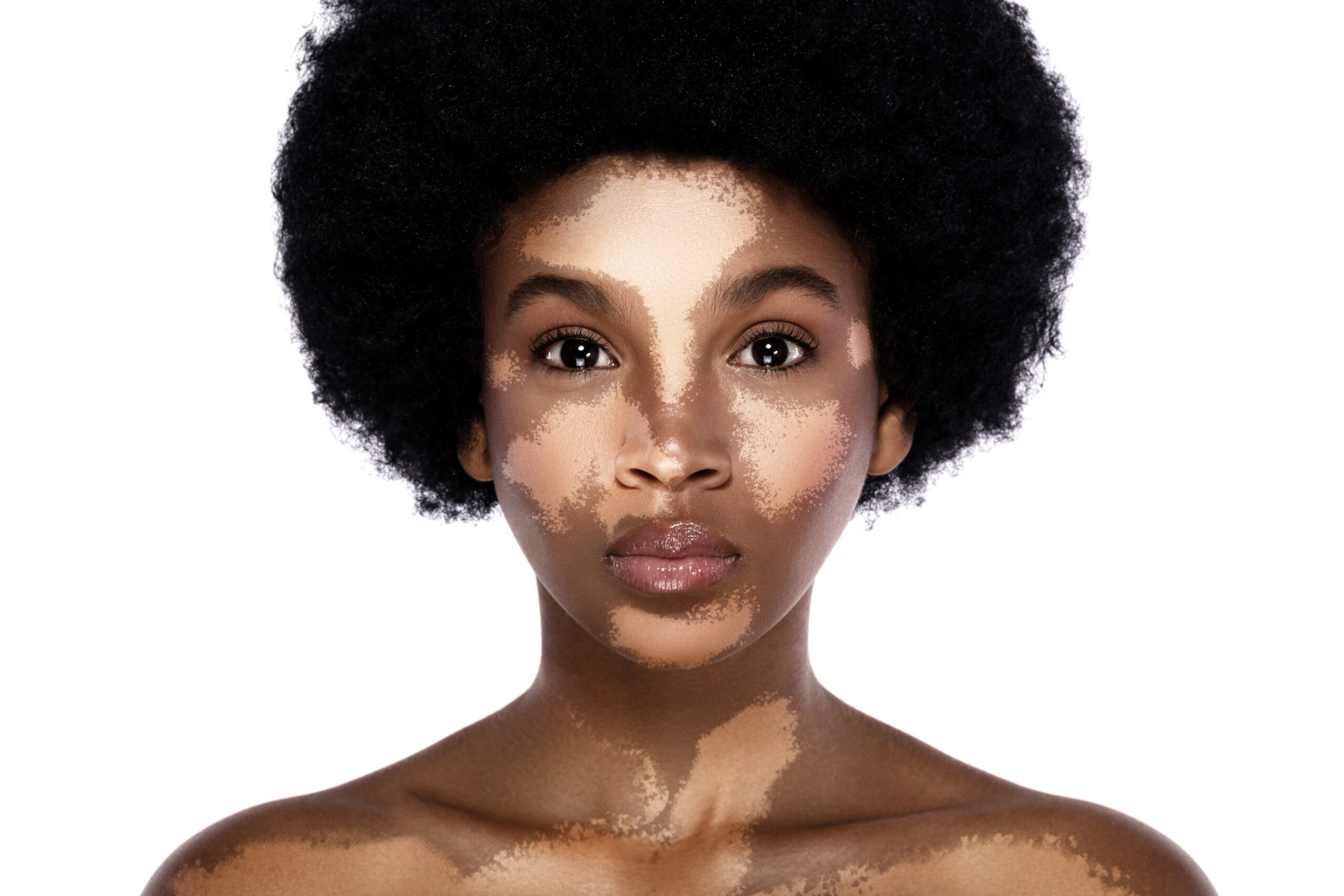 World Vitiligo Day: Mental health and awareness in the spotlight. Read these stories of people living with vitiligo in South Africa.

World Vitiligo Day will be celebrated on Friday 25 June across the globe in an attempt to bring this often overlooked disease back into the public eye and shine a light on challenges faced by the people living with it.

Launched by the non-profit organisation, VR Foundation (USA) and VITSA (Nigeria) in 2011, the annual day will mark its 10-year existence with the hope of shedding some light on the social neglect, psychological trauma and disability faced by millions affected by it.

These days, most people seem to have little knowledge about this skin condition even though they live in a world where celebrities, including famous models, have embraced vitiligo and created much-needed awareness via social media.

World Vitiligo Day: A light in the dark

Dumisani Mnisi, 27, from Soweto, told Health-e News that he initially struggled to understand his condition, but after seeing TV soap star Leleti Khumalo, he felt relief after doing some research and realising they both had vitiligo.

This inspired him to join support groups on Facebook and read up about it, finding motivation from others living with the condition.  Mnisi recalls someone saying that they shouldn’t stress about situations they are unable to change.

“That is when I started to accept that I am living with vitiligo and it’s going to be part of my life forever,” says Mnisi, who has made a lot of friends through shared experiences.

He adds: “Most of the time we even forget that we have vitiligo because we talk most about the inner beauty within ourselves”.

With the disease having initially developed on his lips as a 9-year-old, before spreading to his arms and hands, Mnisi consulted with many doctors in search of a cure – sadly unsuccessfully.

The absence of a cure hasn’t stopped Mnisi from adopting a positive mindset and lifestyle.

“Vitiligo is not curable but it can be stopped from spreading by eating the right diet, taking care of our skin by not exposing ourselves too much to the sun, using organic lotions, exercising more, positive thoughts and not stressing about it”.

Today is World Vitiligo Day. Many with this discoloring skin condition face discrimination, judgement and bullying. Let us stand with all our sisters and brothers in this world especially those who are stand out for their uniqueness and those who suffer discrimination. pic.twitter.com/Neq8nv6bR4

Dr Suretha Kannenberg, a consultant dermatologist at Stellenbosch University and the Tygerberg Academic Hospital in Cape Town, told Health-e News that there are three types of vitiligo.

Simply put, segmental vitiligo (SV) – identified by white patches – only affects one area of the body and is less common.

Other types of vitiligo

The other four types include: Poliosis vitiligo which affects hair and makes it white.

In addition to SV and NSV, mixed vitiligo is a combination which starts off as segmental but then spreads.

She also confirmed that all these types of vitiligo aren’t curable buy may disappear and highlighted the importance of available treatments from doctors or dermatologists.

Kannenberg encourages those struggling to live with vitiligo to get in touch with fellow sufferers.

“The younger people can often learn a lot from the older people on how to live with this condition,” says the dermatologist.

She also wants people to understand that it’s a lie that people with vitiligo are cursed and that it’s simply a medical condition – ‘a short circuit in a very complicated immune system’.

The Health-e News team noticed an interesting question posted on the Vitiligo Support Group SA Facebook page by Rorry Bash.  He asked: ‘How do you feel about your vitiligo now?’

Comments streamed in with lots of people sharing their stories and showing signs of accepting their condition.

Robyn-Ashleigh Coetzee wrote: “I always used to question God and ask ‘why me, Lord?’ Think it’s something we all did a point in our lives. But once you accept it, you bloom. You educate people around you and smile at the world because you are at peace”.

Mlekeleli Mlekza Shozi uses vitiligo to stand out from the crowd. “It’s now my trademark as an artist, actor. I love it when my fans recognise me because of it”.

Tshepisho Lefenyo also shared her experience. “Mine is concentrated around my eyes but I have enough confidence to not worry about this. I only remember it when someone stares or ask what happened”.

The UniteForVitiligo blog recommends using six techniques to make self-acceptance an easier road to travel for people living with the condition. They are revising the past, self-affirmation, self-expression, not chasing things you can’t control, not beating yourself up and having an action plan.

These techniques remind all individuals to be strong, believe in themselves, live life to the fullest and know that they are wonderfully made.

Mnisi told Health-e News that he had to overcome many obstacles before accepting his condition. He was bullied at school, experienced anxiety attacks and was often asked questions he had no answers for.

“I felt sorry for myself and everywhere I went, it felt like everyone was staring at me as if I’m a freak. I didn’t have self-confidence and would often isolate myself,” says Mnisi.

He once attempted suicide by overdosing on pills but his grandmother luckily found him before calling for help. Once recovered, he started to train himself and learnt to embrace his skin condition.

Mnisi is very thankful for his supportive family, especially his granny.

“She always reminds me that I am a special human and that I shouldn’t be ashamed of vitiligo,” he says.

He regards living with vitiligo as a blessing since he is able to motivate others to embrace it like he has. “Some people even took pictures showing how unique I am to raise awareness and to promote their brands. This is something I also enjoy”.

The Vitiligo Society of South Africa will host a free informative webinar on Saturday 26 June to celebrate World Vitiligo Day which will feature a number of various international speakers and vitiligo-related topics. – Health-e News