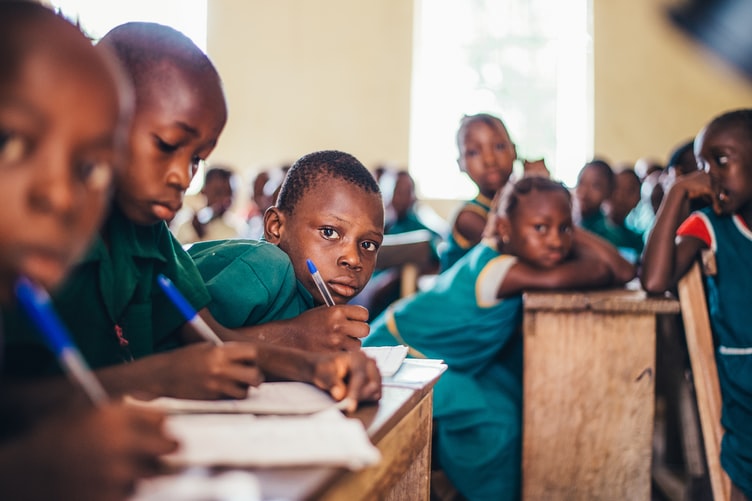 Hunger trumps schoolwork as no 1 problem for many learners. Image: ©Health-e News

Equal Education and the governing bodies of two Limpopo schools want a court to rule that education department officials have not met their constitutional obligations in providing daily meals to all qualifying learners.

As COVID-19 continues to disrupt lives, it has been revealed that more than 1.5 million learners across South Africa haven’t been receiving daily meals for over a year now.

As a result, the national and provincial education departments are now under pressure with two civil organisations keeping an eye on the implementation of the National School Nutrition Programme (NSNP).

The Equal Education Law Centre and SECTION27 are demanding that new, revised plans are put in place which will ensure delivery of these feeding scheme meals.

Equal Education and the governing bodies of two Limpopo schools were represented by the organisations who want a court verdict which will declare that the education department officials have not met their constitutional obligations in providing daily meals to all qualifying learners.

The NSNP is a government programme that provides one nutritious meal to all learners in poorer primary and secondary schools. It is supposed to feed over nine million qualifying learners, something it has failed to do according to the civil organisations.

Last year, Health-e News reported how Judge Sulet Potteril of the North Gauteng High Court had ordered Basic Education Minister Angie Motshekga and education MECs from eight provinces, to roll out the NSNP to all qualifying learners – regardless of whether learners had physically returned to school or not.

The court order was welcomed far and wide, especially in Limpopo.

“I am pleased about the news of the judgement that come through and I know parents and children are also going to be pleased. Hunger is not a good thing, especially when children aren’t eating. It’s good that children will now be able to eat. They are grateful, we are grateful,” – said Davhula Azwindini Ivone, SGB Chairperson at Vhulaudzi Secondary School, one of the applicant schools in the case.

But, the civil organsiations claim that even after a year since the court order, education officials have failed to develop practical or realistic plans for the NSNP which address the new realities in a COVID-19 world. Their actions, or lack thereof, have left many vulnerable learners hungry.

NSNP shortcomings under the spotlight

“We are asking the court to order the national and provincial education departments to file new, revised plans to deliver the NSNP, that consider the continued challenges posed by COVID-19,” said Equal Education Law Centre and SECTION27 in a joint media statement released on Tuesday.

School meals falling by the wayside during pandemic

According to a report published by the National Income Dynamics Study – Coronavirus Rapid Mobile Survey (NIDS-CRAM), less than half of children (43%) received free school meals in February and March this year. This is well below the levels achieved before the pandemic kicked in with an average of 65% which fell to 49% during November and December 2020.

The civil organisations believe that due to the shortcomings in the rolling out of the NSNP, child hunger has remained horribly high over the past year.

“The numbers of households reporting child hunger have almost doubled since the pandemic started. According to the last report we received from the DBE in March 2021, approximately 1.5 million learners across the country were not receiving the daily school meals they qualify for,” they added.

Their number one gripe remains the lack of any proper planning to provide meals to learners followed by the provincial departments’ failure to submit full monitoring reports, or any data at all.

They added fuel to the fire by conducting their own survey which took 53 schools into account.

The July 2020 court order reiterates the learners’ rights to basic nutrition, equality and dignity are interconnected, unqualified and must be realized immediately. But, according to the civil organisations, the current NSNP rollout – which is inconsistent and incomplete – violates these rights.

NSNP plans need to change with the times

“New plans for the NSNP must be realistic and responsive to the challenges South African schools face during COVID-19 and must cater for high school learners who will have to continue attending school according to rotational timetables,” the statement read.

“If the current systems of delivering the NSNP continue, these learners will continue to lose out on daily school meals which is unconstitutional,” the organisations concluded. -Health-e News.