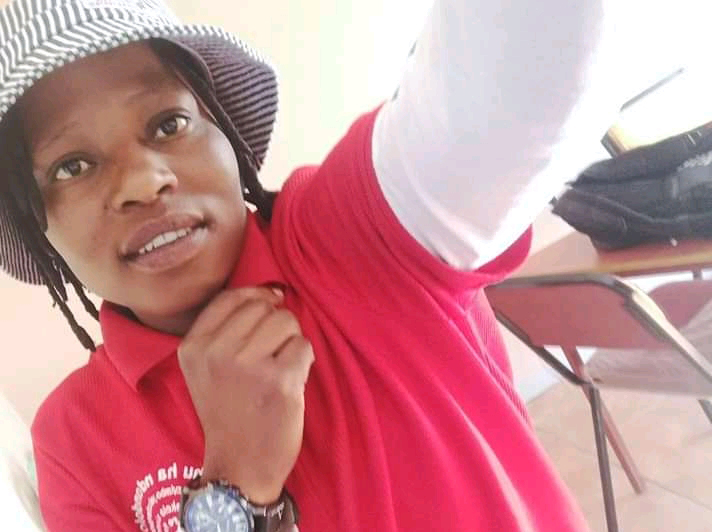 The rape and murder of Thapelo Constance Sehata is suspected to be a hate crime by the LGBTQIA+community. (Photo: supplied)

Family, friends and members of the LGBTIQ+ community in Limpopo have been left reeling by the brutal rape and murder of a young lesbian community health worker, in what is suspected to be a hate crime.

A young lesbian community health worker was raped, stabbed multiple times and dumped alongside the road next to Helen Franz Hospital in the rural Senwabarwana area of Limpopo last week.

Thapelo Constance Sehata (23), of Desmond Park in Senwabarwana, was found on Wednesday (28 July 2021) unconscious and bleeding from severe stab wounds, just a short distance from the hospital.

She later succumbed to her injuries, following what her family and fellow members of the LGBTIQ+ community described as a hate crime motivated by her sexual identity. Police have confirmed the incident.

Sehata was a mother of a nine-year-old girl and worked as peer educator at the non-governmental organisation (NPO) Centre for Positive Care (CPC).

Her distraught older sister, Pretty Sehata (31), told Health-e News this week that the whole family, including their 63-year-old mother, was hurt beyond words.

“Thapelo was open about being lesbian and we accepted and loved her as our own in the family. Of course, there were some residents who would mock, insult and ridicule her for what she was.  And here we are in pain today, mourning her brutal killing. She was raped, killed and dumped along the road as if she was not human,” said Pretty.

“When she did not return home that night, we thought she might be sleeping in the outside rooms. The following day, I took my child for weighing at the clinic, which is when my other sister phoned to tell me she received information that a lesbian person was found dead next to Helen Franz Hospital.

“I became anxious, knowing that Thapelo did not sleep at home. After finishing at the clinic, I went to Thapelo’s workplace to search for her and then to the taxi rank, at which point we received the shattering news,” said Pretty.

Pretty and her family are concerned that a woman who was arrested for allegedly being found in possession of Thapelo’s shoulder bag was released without being charged.

“Another suspect, a male, was arrested later, but I have a feeling he too will be released. I don’t see the police rushing to solve this case. Even the bag was a problem. The police brought it back to my family, but I told them to take it back to do a thorough investigation, as it might contain crucial evidence,” she said.

Contacted for comment, Limpopo police spokesperson Brigadier Motlafela Mojapelo confirmed that the woman who was arrested earlier was released because she could not be linked to the murder. “No other arrests have yet been made, but an arrest is imminent.”

Julia Sebola, site manager at CPC said Thapelo would be sorely missed by everyone at the centre.

“She was someone who performed her work with energy. We mourn with her family and our thoughts are with them in these difficult times,” said Sebola.

Members of Capricorn Ignited LGBTIQ+ collective has information that suggests Thapelo was murdered for her sexual orientation and gender identity, said the organisation’s spokesperson, Mahlatse Mapankola.

“There are people from the LGBTIQ+ community who are being attacked and killed in the Limpopo province. However, other people accept us. The treatment we receive varies from person to person,” said Mapankola.

“I can walk into a police station and find a police officer who will attend to my case when I report gender-based violence (GBV) committed by my partner, whether it be man-on-man, or woman-on-woman in a relationship. But there are still police officers who chase us away when we walk into the police station.”

She pointed out that there are also some nurses who turn away lesbians who arrive at a clinic for HIV testing.

“They will say ‘Why are you here? You are having sex with a woman. You don’t need to do (HIV testing), go home’. The treatment varies from person to person and from department to department,” explained Mapankola.

Mojapelo urged any person who feels treated unfairly by police members at any police station to request to see the station commander. If they are still not satisfied, they can escalate the complaint to district and, ultimately, to provincial level.

Commission for Gender Equality (CGE) provincial manager Tshepang Mokgokong said, based on information available at this stage, Thapelo’s murder could be labelled as femicide, pending a conclusive police investigation.

“Police should first establish a motive, to determine whether it is a hate crime or not. As shown by statistics, there is a significant increase in gender-based violence in the Limpopo province, but this does not exclude the possibility of this being hate crime.”

According to Mokgokong, violent crimes against the LGBTIQ+ community in Limpopo remain underreported, possibly because victims fear backlash.

“The last case the CGE handled was last year involved a lesbian who complained that she was being excluded and discriminated against at her workplace because of her sexuality. The case was amicably resolved through mediation and the lady continued to work in a non-hostile environment,” said Mokgokong.

The CGE cautioned that everyone, irrespective of their race, gender and ethnicity, has inherent human rights.

“We need to get to a point where, as a society, we educate ourselves that the spectrum of sexuality is wide and that human beings are not a homogenous group. We are diverse. As we continue to live in the 27-plus years of democracy, we need to really mirror and embody the ethos of the Constitution, which says that we are all equal before the law, regardless of race, gender and sexual identity. We must coexist as diverse human beings,” said Mokgokong.

Thapelo was buried near her home in Desmond Park Cemetery on Thursday in a moving service attended by residents and members of the LGBTIQ+ community, Limpopo Social Development MEC Nkakareng Rakgoale and Blouberg Municipality representatives – Health-e News