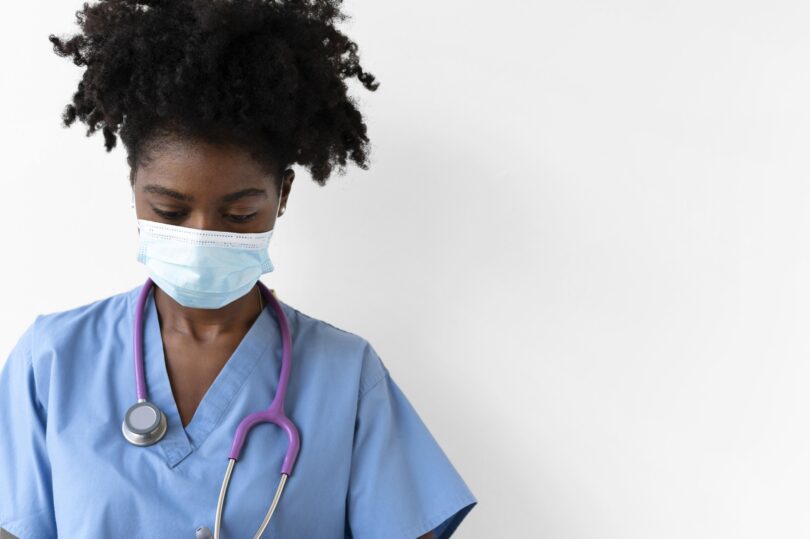 The Limpopo Department of Health has refuted claims of nurse shortages at 24-hour emergency facilities throughout the province. (Photo: Freepik)

The ambitious 24-hour daily service, including weekends at Limpopo clinics and primary health centres (CHCs) is hitting a snag due to a shortage of nurses and ancillary staff. Community members and health workers’ unions have since called for action in the province as the festive season looms.

Ali Mokwepu of Letswatla village in the Senwabarana area is just one patient who’s had a harrowing experience. He was struck by an asthma attack earlier this month.

“The attack was severe. I tried my inhalers, tablets and others but kept experiencing difficulty breathing. My daughter phoned an ambulance, but it never arrived. My neighbours then rushed me to the Ratshaatshaa Health Centre a few kilometres away,” said Mokwepu.

“When we arrived just after 8pm, the gates were closed and the security guards informed us that the facility no longer operates at night. The last word I heard while writhing in the car was my son saying ‘hospital’. Later, when I came to my senses, I was sleeping on a bed at Helena Frans Hospital, approximately 180 km from my village.”

Another patient, Shirly Romofa* was pregnant but still had three weeks to go. This is at least what nurses at the Zone 2 Clinic in Seshego township in Polokwane thought a few weeks ago.

“All of a sudden, I felt labour pains, and it was my fifth pregnancy; I knew something was wrong. I immediately went to the clinic in the company of my younger sister,” said Romofa.

“It was Sunday midday, but there was no normal activity at the gate. A security guard told us that nurses no longer work weekends and night shifts because they say they are understaffed. We then went to Seshego Hospital, and I gave birth to a baby girl the following morning,” she said.

Responsibility for each clinic

Community Health Coordinator in Mogalakwena, Mokopane in the Waterberg District, Thabo Legong said that out of eight clinics in the area, only two were operating 24 hours.

“We are talking with health authorities to alleviate overcrowding by assigning each clinic its responsibility instead of downgrading from 24 hours to day duties. For instance, some clinics deal specifically with chronic cases while others with maternal issues. This will help ease pressure on hospitals as well,” said Legong.

But according to the National Union of Public Service and Allied Workers (NUPSAW) Provincial Secretary Ntata Sekgotha, it is not only the shortage of nurses causing havoc in Limpopo.

“This Limpopo Department of Health has for many years failed to fill critical posts in nursing. In the next five years, 30% of the ageing nurses will be out of the system due to pension. A serious turnaround is required urgently,” he said.

“And related ancillary services, such as cleaners, pharmacy assistants, groundsmen, handymen and others are lacking,” said Sekgotha.

He added that shortages of medication, equipment, ageing infrastructure and lack of corporate and related supplies make it difficult for nurses to perform their duties.

Nurses who spoke to Health-e-News said the reluctance of the department to hire more nurses and replace those leaving the system promptly is placing them on a collision course with communities and the department.

“We are always demotivated and exhausted hence poor performance. And at times, we vent anger and frustrations to innocent patients.  Then the very same department hauls us before its disciplinary hearings, suspends or fires us creating more shortages. The truth is that we are overworked with no incentives,” said Naadi Matlou*, a nursing sister.

Thabelo Mulaudzi*, also a nurse, added: “That is why some of us refuse to work 24 hours and weekends because there is no pay for overtime. Our overtime hours keep piling up to nil.”

“Burgersfort Clinic in Sekhukhune District has just experienced the delivery of a baby outside the gate. Had this clinic been operational 24 hours, such an incident could have been averted,” he said.

The Burgersfort Clinic in the Sekhukhune District attracted bad publicity last month when two women gave birth at its gates in two separate incidents. Nurses allegedly wanted to only start working at 7am. As a result, security guards allegedly refused the pregnant women entry saying nurses had instructed them not to let anyone in before their official starting times.

The department has said its investigations into the two incidents were underway. It also refuted claims by some community members and labour unions that shortages of nurses were the reason behind the halting of 24-hour services.

Nurses on night duty were frequently coming under attack from criminals which led to the 24-hour service being halted.

The non-governmental organisation known as Ritshidze, last year issued The Limpopo State of Health report 2021 with a recommendation to remedy staff shortages in some health institutions.

It advised the department to fill 80% of vacancies by February this year and 20% by August. Ritshidze further suggested that the province employs 10% additional nurses in the Vhembe and Capricorn districts, respectively.

“To date, a total of 902 out of 1 687 vacant positions, which include 628 professional nurses, 132 enrolled nurses and 142 assistant nurses, have already been finalised and filled,” said Kganyago.

“The results of our analysis show a combination of maldistribution and misplacements. Regarding shortages, the results showed a combination of inappropriate shift design and work arrangements. To this end, rationalisation is required, not just recruitment,” Kganyago explained.

He said the department issued circulars during 2020 and 2021 as amended to correct the flaws.

“Unfortunately, both these circulars were withdrawn after the unions raised disputes which led to the disruption of services.  However, these issues remain and must be addressed.  Recruitment of nurses will therefore be based and aimed at addressing the issues identified by our analytic work,” he said.

According to the department, the halting of operations at Limpopo College of Nursing was necessitated by a reform process of curriculum and requirements for carrying out at a national level as required by the Council for Higher Education (CHE).

Therefore, all the training centres were required to comply with them. The department stated that the two bodies set the minimum requirements for training: The Council for Higher Learning (CHE) and the South African Nursing Council (SANC).

“We have complied, but we have not taken any students since 2019. The accreditation for the new programs has not yet been issued countrywide as we speak,” said Kganyago.

The department also refuted accusations that 24-hour services were crumbling due to a shortage of nurses.

“The issue of nursing is not true because 24 hours is rendered as a straight shift or on-call system.  For on-call systems, nurses who use departmental accommodation are required to render this service,” he added.

“We noted that nurses stay in our residences but do not want to wake up and assist patients.  The other problem is that there are non-24-hour facilities, yet community members still arrive instead of calling an ambulance,” said Kganyago.

“We will continue to educate communities in this regard.  In addition, nurses that refuse to wake up, will be dealt with via consequence management.”

Kganyago explained that assigning each clinic or CHC with the specific responsibility of catering for certain diseases or conditions would be against the National Policy’s strategic direction, favouring the integrated clinical service management of a one-stop service.

“To segregate services at the primary health care (PHC) level means that one person with several comorbidities will have to visit multiple facilities. That is costly, not only in terms of money but also time. It also disrupts the continuity of care and can lead to the unintentional disclosure of disease status of patients,” he warned.

The department also confirmed receipt of the allegation about the insufficient staff at Ratshaatshaa Health Centre in Senwabarwana.

“Upon investigation using the PHC staffing norms, it has been found that there are 14 professional nurses at Ratshaatshaa CHC comprising nine midwives, one advanced midwife and four registered nurses without midwifery.

“There are also seven enrolled nurses, nine nurse assistants and seven cleaners. All these staff members have been instructed to cover hours with immediate effect”, said Kganyago.

Crime in the mix

According to Kganyago, the operation of 24-hour clinics is also badly affected by crime.

“Criminals attack our clinics and nurses. As a result, 24-hour facilities are affected. Over 33 criminal cases have been reported across the province during the past three years,” he added.  – Health-e-News