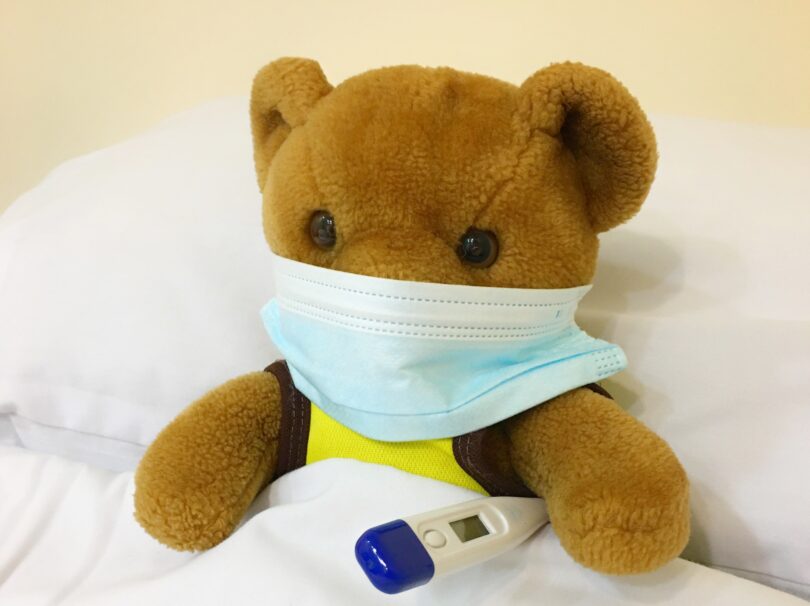 Like the rest of the world, South Africa has embarked on urgent measles vaccination catch-up programmes to help minimise the spread of the disease post-COVID-19.

Globally, measles vaccination has steadily declined since the pandemic’s beginning in 2020. This decline is a significant setback in global progress towards achieving and maintaining measles elimination as it leaves millions of children susceptible to infection.

Back home, the South African National Department of Health is rolling out measles vaccination catch-up programmes to prevent other provinces from experiencing outbreaks.

According to the health ministry spokesperson, Foster Mohale, in recent weeks, over 60 positive cases of measles have been recorded in the country.

“We have been implementing catch-up immunisation plans across the country following the peak of COVID-19. Almost 60 positive cases have been recorded in Limpopo. All five districts in the province have recorded positive cases. Sekhukhune has the highest, followed by Mopani and Vhembe has the lowest,” said Mohale.

“Mpumalanga has reported few cases in the Nhlanzeni district. But we are hopeful now that children are finishing final year exams this week. We will be able to increase our reach because we didn’t want to disrupt their academic preparations. The most affected age group is school-going children in the 5-9 years cohort,” he said.

Early warning symptoms of the disease

According to the National Institute for Communicable Diseases (NICD), measles patients present with fever, rash, and one or more of the following symptoms, cough, red eyes, and runny nose. While complications of measles include pneumonia, diarrhoea, dehydration, encephalitis, blindness and death.

These complications are severe in malnourished children and infants under two years of age. Meanwhile, any persons who are not vaccinated, can catch measles and develop the disease.

The impact of Covid-19 on immunisation

WHO Director-General, Dr Tedros Adhanom Ghebreyesus, said that getting immunisation programmes back on track is critical.

“The paradox of the pandemic is that vaccines against COVID-19 were developed in record time and deployed in the largest vaccination campaign in history. However, routine immunisation programmes were badly disrupted,” said Ghebreyesus.

“Millions of kids missed out on life-saving vaccination against deadly diseases like measles. Getting immunisation programmes back on track is critical. Behind every statistic in this report is a child at risk of preventable disease,” he added.

Thousands of deaths due to measles

The publication stated that in 2021, there were an estimated 9 million cases and 128 000 deaths from measles worldwide. A total of 22 countries experienced large and disruptive outbreaks.

This means that measles is an imminent threat in every region of the world.

“The situation is grave. Measles is one of the most contagious human viruses but is almost entirely preventable through vaccination. Coverage of 95% or greater of two doses of measles-containing vaccines are needed to create herd immunity to protect communities and achieve and maintain measles elimination,” read the publication.

It further stated that measles anywhere is a threat everywhere, as the virus can quickly spread to multiple communities and across international borders. Up to now, no WHO region has achieved and sustained measles elimination. Since 2016, 10 countries that had previously eliminated measles, experienced outbreaks and re-established transmission.

“In 2021, nearly 61 million measles vaccine doses were postponed or missed due to COVID-19-related delays in immunisation campaigns in 18 countries. Delays increase the risk of measles outbreaks. So, the time for public health officials to accelerate vaccination efforts and strengthen surveillance is now,” stated the publication.

CDC Director, Dr Rochelle P. Walensky, said that the record number of children under-immunised and susceptible to measles shows the profound damage immunisation systems have sustained during the pandemic.

“Measles outbreaks illustrate weaknesses in immunisation programs. However, public health officials can use outbreak response to identify communities at risk, understand causes of under-vaccination and help deliver locally tailored solutions to ensure vaccinations are available to all,” said Walensky.

According to UNICEF Chief of Immunisation, Ephrem Tekle Lemango, for the past three years, they have been sounding the alarm about the declining rates of vaccination and the increasing risk to children’s health globally.

“Widening gaps in immunisation coverage are letting measles, the most contagious yet vaccine-preventable killer disease, spread. We have a short window of opportunity to urgently make up for lost ground in measles vaccination and protect every child. The time for decisive action is now,” said Lemango. – Health-e News